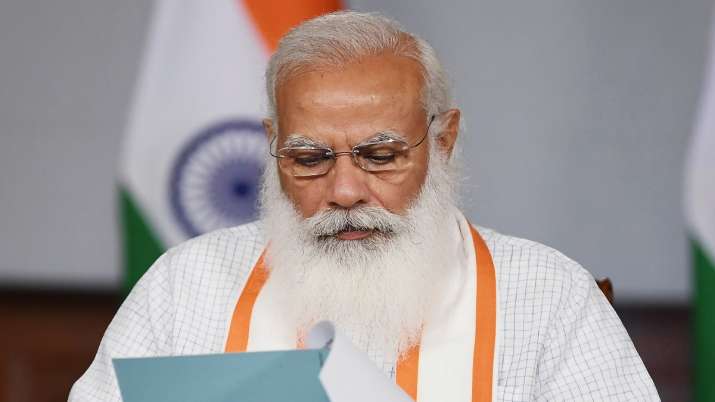 Changing the earlier vaccination policy, the Central Government has decided to procure vaccines for the State Governments as well, said Prime Minister Narendra Modi in an address to the nation today evening.

This will be implemented in the coming two weeks.

The Central Government has also decided to give free vaccines for the age group of 18-44 years as well from June 21, the PM said.

It is pertinent to note that this decision comes after the strong criticism from the Supreme Court against the 'liberalized vaccine policy' of the Centre, as per which states get only 25% of the vaccine quota and the free vaccination benefit of the Central Government is restricted only to those aged above 45 years. The Supreme Court made a prima facie observation that the paid vaccination policy for the age group 18-44 years as prima facie "arbitrary and irrational", as it was this age group which got badly hit during the second wave of the pandemic. A bench comprising Justices DY Chandrachud, L Nageswara Rao and S Ravindra Bhat flagged several issues with the vaccination policy and urged the Central Government to revisit the same, by saying that the policy was detrimental to right to life and health.

Several state governments have also been making demands for revision of the vaccine policy.

"We examined the requests of the State Government and to not inconvenience the citizens of the Country, We have decided that Union Government will take over the 25% of the work State Government executed regarding Vaccines", Prime Minister Narendra Modi said today.

The Centre will will make centralised vaccine procurement & ensure vaccine supplies to all states.

"75% of vaccination will be free and under the Centre, 25% will be paid and by private hospitals," he said.

Private hospitals can only charge a max of Rs 150 as service fee, the Prime Minister added.