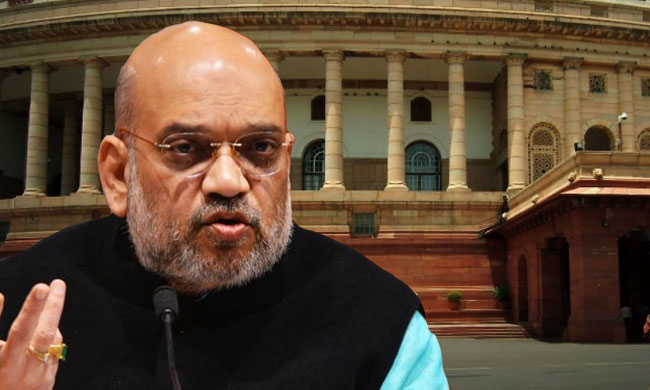 The Union Minister for Home Affairs, Amit Shah, will table the Citizenship (Amendment) Bill 2019, in Lok Sabha tomorrow.The amendment seeks to relax the conditions for granting Indian citizenship to non-Muslim refugees from Pakistan, Bangladesh and Afghanistan. As per the bill, Hindus, Sikhs, Buddhists, Parsis, Jains and Christians who migrated to India without travel documents...

The amendment seeks to relax the conditions for granting Indian citizenship to non-Muslim refugees from Pakistan, Bangladesh and Afghanistan.

As per the bill, Hindus, Sikhs, Buddhists, Parsis, Jains and Christians who migrated to India without travel documents from Pakistan, Bangladesh and Afghanistan on or before December 31, 2014 will not be regarded as illegal migrants. This is proposed to be done by inserting a new proviso to Section 2(1)(b) of the Citizenship Act 1955. The present Citizenship Act does not recognize the claims of illegal migrants for citizenship.

The bill also proposes to relax the condition for acquisition of citizenship by naturalization for non-Muslim migrants from these countries. As per the existing law, a person should be a resident in India for the period of 12 months immediately preceding the date of application, and also should have been residing in India for 11 out of the 14 years preceding the said period of 12 months.

"The Constitutions of Pakistan, Afghanistan and Bangladesh provide for a specific state religion. As a result, many persons belonging to Hindu, Sikh, Buddhist, Jain, Parsi and Christian communities have faced persecution on grounds of religion in those countries. Some of them also have fears about such persecution in their day to day life where right to practice, profess and propagate their religion have been obstructed and restricted. Many such persons have fled to India to seek shelter and continued to stay in India even if their travel documents have expired or they have incomplete or no documents", the "Statement of Objects and Reasons" of the Bill said. 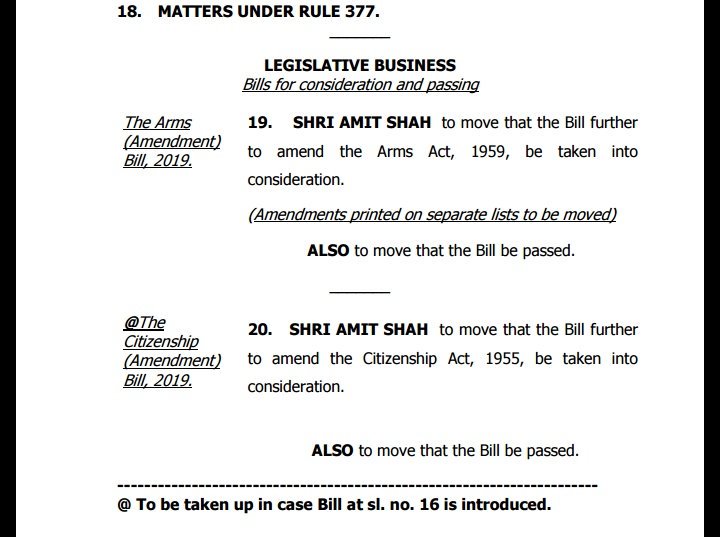 The proposal has already generated a lot of controversies. Critics of the bill argue that the amendment seeks to link citizenship with religious identity, which is impermissible as per Constitution.

The impact of the proposed amendment on the National Register of Citizens for Assam, which excluded nearly 20 lakh persons, will also be a subject of discussions.

The previous Lok Sabha had cleared a similar amendment in January 2019.  But it got stalled in the Rajya Sabha and eventually lapsed with the dissolution of 16th Lok Sabha.