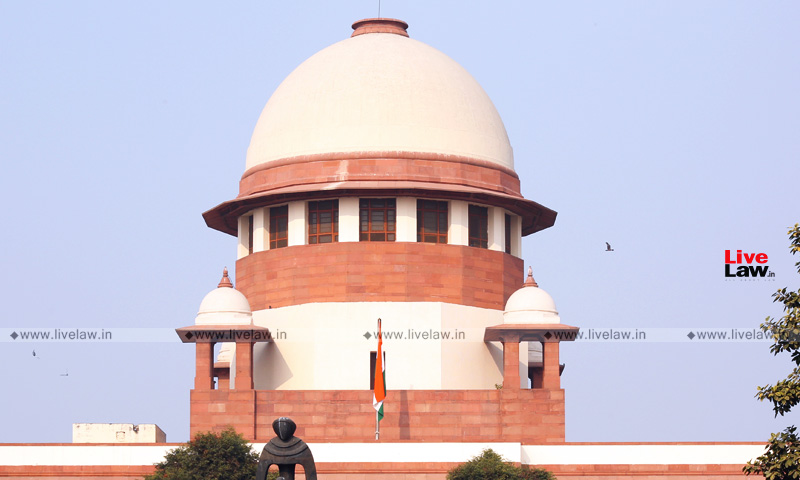 The Supreme Court on Wednesday asked the Central Government to file its counter-affidavit next week in the petitions challenging the Tribunals Reforms Act 2021.

Attorney General for India KK Venugopal requested for posting the matters next week and said that the Centre will file its counter-affidavit in the meantime. Senior Advocates Arvind P Datar and Dr Abhishek Manu Singhvi appeared for the Madras Bar Association and Jairam Ramesh, respectively.

On the last occasion, Supreme Court had issued notice in a plea by Mr Jairam Ramesh and had commented that the said Act is a "virtual replica of the provisions struck down in the Madras Bar Association case".

In the Madras Bar Association case, the Supreme Court had struck down the minimum age qualification of 50 years in the Tribunals Reforms Ordinance 2021 and had directed that advocates with experience of 10 years of practice must be considered for appointments. Also, the said judgment had directed that the tenure of the members should be fixed as 5 years.

The Tribunals Reforms Act 2021 passed by the Parliament in the recent Monsoon session has reintroduced the minimum age qualification of 50 years and the fixation of tenure as 4 years.

Supreme Court's Earlier Remarks: While hearing Mr Ramesh's plea on 6th September, the Bench had commented that the provisions of the new Act are directly contrary to the judgment.

"The basis of a judgment can be taken away... but you cannot enact a law which is contrary to a judgment. This is not a validating legislation", Justice Chandrachud commented.

"There is no respect for our judgment. You are emasculating these Tribunals by not appointing members. Many Tribunals are on the verge of closing down", Justice Nageswara Rao, who authored the Madras Bar Association judgments of 2020 and 2021, observed.

The Chief Justice of India NV Ramana had also made sharp critical remarks against the Union Government over the Tribunals Reforms Act.

'Litigants In Distress': Supreme Court Deprecates Centre's Practice Of Giving Additional Charge To DRT Of One State Over Another State Due To Unfilled

Details Of Petition By Jairam Ramesh:

In his petition, Jairam Ramesh has submitted that the impugned legislation abrogates the principle of judicial independence and amounts to "unconstitutional legislative overriding" of the judgement passed by the Supreme Court.

He has specifically assailed proviso to Section 3(1) along with Sections 3(7), 5 and 7(1) of the impugned Act as being ultra-vires Articles 14, 21 and 50 of the Constitution.

The plea states that the proviso to Section 3 (1) of the Tribunals Reforms Act, 2021 in so far as it bars appointments to tribunals of persons below 50 years of age undermines the length/security of tenure and violates both judicial independence and the principle of separation of powers.

It is highlighted that in Madras Bar Association case (MBA-IV), the Top Court had explicitly set aside the proviso to Section 184 (1) of the Finance Act, 2017 which proscribed persons below 50 years of age from being appointed to Tribunals.

Similarly, it is alleged that Section 3(7) of the impugned Act which mandates the recommendation of a panel of two names by the search-cum selection committee to the Central Government, violates the principles of separation of powers and judicial independence.

The mandate to recommend two names as per Section 3 (7) of the impugned Act is identical to Section 184 (7) of the Finance Act, 2017 which was unanimously set aside by the Supreme Court in MBA-IV decision, the plea states.

While setting aside this stipulation, the Top Court had said, "executive influence should be avoided in matters of appointments to tribunals".

The provision is further challenged in so far as it grants discretion to the Central Government to take a decision on the recommendations made by that Committee, preferably within three months from the date of such recommendation, is also unconstitutional and violates Article 14 of the Constitution.

"The impugned provision also nullifies the directions of this Hon'ble Court in MBA-III2020 which directed the Union "to make appointments to tribunals within three months from the date on which the Search-cum-Selection Committee completes the selection process and makes its recommendations", the petition highlights.

Section 5 of the impugned Act is challenged in so far as it fixes the tenure of the Chairperson and Member to a "manifestly short tenure" of four years and adversely impacts judicial independence.

"Section 5 also runs against the directions of this Hon'ble Court to fix the tenure of appointees for at least five years as held in Rojer Mathew," the plea states.

Lastly, the petition challenges Section 7 (1) of the impugned Act, which allows the government its own discretion to fix HRA other than in conformity with the parameters as set by the Supreme Court in MBA-IV-2021.

It said that the provision violates the security of services conditions of appointees, the principles of judicial independence and thereby Article 14 of the Constitution.

Details of Madras Bar Association's Petition: The Madras Bar Association has also challenged Sections 3(1), 3(7), 5 and 7(1) of the Tribunals Reforms Act, 2021 as they are in contravention of the principles of separation of powers, independence of the judiciary (both being part of the basic structure of our Constitution), and are against efficient and effective administration of justice.

The Petition has also challenged Section 29 of the Tribunals Reforms Act, 2021 as it amends Finance Act, 2017 (passed as a money bill), which cannot be done through ordinary legislation.

The petition has submitted that proviso to Section 3(1) and Sections 3(7), 5 and 7(1) are nearly identical to the provisions of the 2021 Ordinance which were struck down by the Supreme Court in Madras Bar Assn. (2021).

Further, it has argued that Sections 3(1) and Section 7(1) seek to legislatively overrule the decisions of the Top Court in various judgments, and further seek to allow the Executive to overrule the judgments of the Courts through Rules.

According to the petition, the provisions have been passed without any meaningful deliberation in Parliament, in violation of the right of all legislators to meaningfully participate in the law-making process.