Citizens Can't Be Put Behind Bars Simply Because They Disagree With State Policies : Delhi Court In Disha Ravi Bail Order 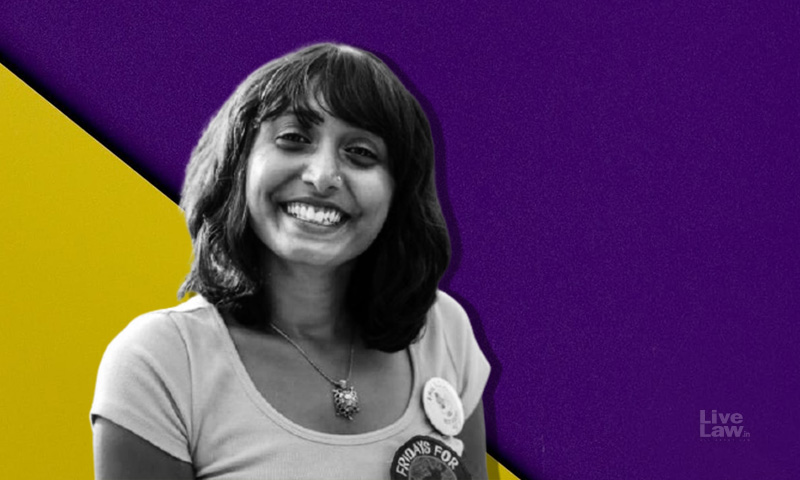 In the order granting bail to 22-year old climate activist Disha Ravi, a Sessions Court in Delhi has made certain strong observations against the use of sedition law to curb dissent by jailing dissenting citizens."Citizens are conscience keepers of government in any democratic Nation. They cannot be put behind the bars simply because they choose to disagree with the State policies",...

In the order granting bail to 22-year old climate activist Disha Ravi, a Sessions Court in Delhi has made certain strong observations against the use of sedition law to curb dissent by jailing dissenting citizens.

"Citizens are conscience keepers of government in any democratic Nation. They cannot be put behind the bars simply because they choose to disagree with the State policies", Additional Sessions Judge Dharmender Rana observed in the bail order.

The order quoted from the judgment in Niharendu Dutt Mazumdar v. Emperor AIR 1942 FC22 to say that the "offence of sedition cannot be invoked to minister to the wounded vanity of the governments".

"Difference of opinion,disagreement, divergence, dissent, or for that matter, even disapprobation, are recognised legitimate tools to infuse objectivity instate policies. An aware and assertive citizenry, in contradistinction with an indifferent or docile citizenry, is indisputably a sign of a healthy and vibrant democracy", the Court added.

The judge also mentioned about the ethos of the ancient Indian civilization, which was to respect divergent opinions.

"This 5000 years old civilization of ours has never been averse to ideas from varied quarters. The following couplet in Rig Veda embodies our cultural ethos expressing our respect for divergent opinions", the order said quoting a couplet meaning "Let noble thoughts come from all directions" from Rig Veda.

Breaking: Citizens are conscience keepers of government in any democratic Nation. They cannot be put behind the bars simply because they choose to disagree with the State policies: Delhi Court in #DishaRavi Bail Order https://t.co/0aAFeQCAHt

Significant observations from the order are as follows :

"The right to dissent is firmly enshrined under Article 19 of The Constitution of India. In my considered opinion the freedom of speech and expression includes the right to seek a global audience. There are no geographical barriers on communication. A Citizen has the fundamental rights to use the best means of imparting and receiving communication, as long as the same is permissible under the four corners of law and as such have access to audience abroad".

Creation of toolkit not an offence

"In my considered opinion creation of a WhatsApp group or being editor of an innocuous Toolkit is not an offence. Further, since the link with the said toolkit or PJF has not been found to be objectionable, mere deletion of the WhatsApp chat to destroy the evidence linking her with the toolkit and PJF also becomes meaningless. Further, it is rightly pointed out by Ld Defence Counsel that the protest march was duly permitted by the Delhi police therefore there is nothing wrong in co-­accused Shantanu reaching Delhi to attend the protest march. Still further, the attempt to conceal her identity seems to be nothing more than an anxious effort to stay away from unnecessary controversies"

"Further, the prosecution has, except for pointing out that applicant/accused forwarded the toolkit to Ms. Greta Thunberg, failed to point out as to how the applicant/accused gave global audience to the 'secessionist elements'"

No Evidence for violence

"It is further highlighted that the applicant/accused along with her associates under the pretext of protesting against the farm laws have resolved to vandalize Indian Embassies and specifically attack symbols of India i.e. Yoga and Chai. Except for a bare assertion, no evidence has been brought to my notice to support the contention that any violence took place at any of the Indian Embassies pursuant to the sinister designs of the applicant/accused and her co-­conspirators"

"The applicant accused is already reported to have been interrogated in police custody for almost about five days and placing any further restraint upon her liberty on the basis of general and omnibus accusation would be neither logical nor legal. No specific article, sought to be recovered from the possession of the accused, has been brought to my notice. The resistance to the bail plea seems to be more of ornamental in nature".

No Call for violence in toolkit

"The perusal of the said 'Toolkit' reveals that any call for any kind of violence is conspicuously absent. In my considered opinion, Citizens are conscience keepers of government in any democratic Nation. They cannot be put behind the bars simply because they choose to disagree with the State policies".

Scanty and sketchy evidence on record; not sufficient to keep a 22 year old under custody

"Considering the scanty and sketchy evidence available on record,I do not find any palpable reasons to breach the general rule of ' Bail' against a 22 years old young lady, with absolutely blemish free criminal antecedents and having firm roots in the society, and send her to jail".

Mere engagement with people of dubious credentials not offence

"In my considered opinion, it is not mere engagement with persons of dubious credentials which is indictable rather it is the purpose of engagement which is relevant for the purpose of deciding culpablity. Any person with dubious credentials may interact with a number of persons during the course of his social intercourse. As long as the engagement/interaction remains within the four corners of law, people interacting with such persons,ignorantly, innocently or for that matter even fully conscious of their dubious credentials, cannot be painted with the same hue. In the absence of any evidence to the effect that the applicant/accused agreed or shared a common purpose to cause violence on 26.01.2021 with the founders of PJF, it cannot be presumed by resorting to surmises or conjectures that she also supported the secessionist tendencies or the violence caused on 26.01.2021, simply because she shared a platform with people, who have gathered to oppose the legislation. There is not even an iota of evidence brought to my notice connecting the perpetrators of the violence on 26.01.2021 with the said PJF or the applicant/accused".

The Court granted her bail on condition to furnish personal bond of Rupees one lakh and two sureties of Rupees One Lakh each. The Court also observed that its observations will have no bearing on the merits of the case.

Ravi was arrested by the Delhi Police from her Bengaluru residence on February 13.