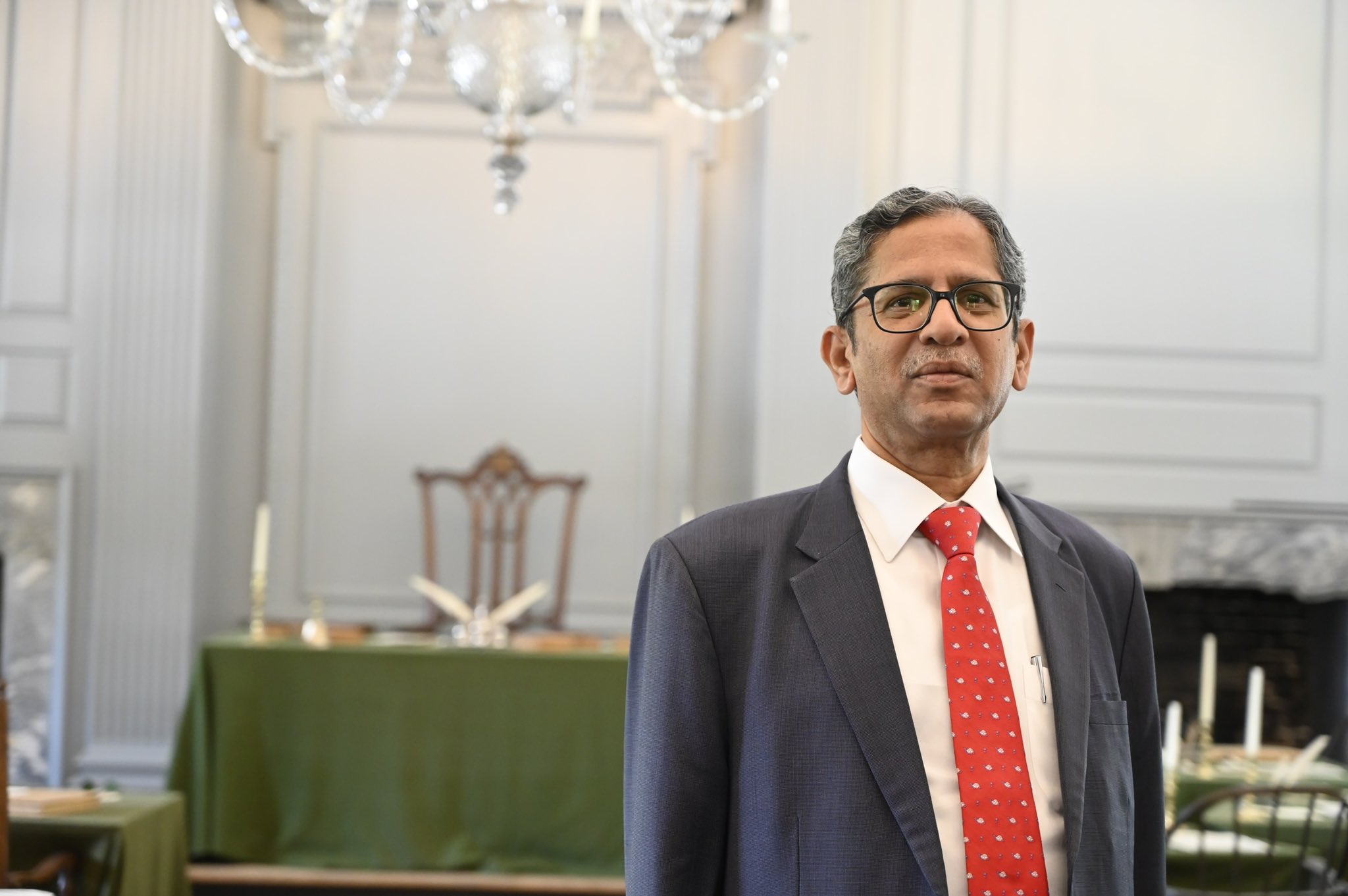 After visiting the Independence Hall in Philadelphia, USA, Chief Justice of India NV Ramana spoke about the necessity of citizens working tirelessly to sustain and further the liberty, freedom and democracy which their forefathers fought for.

After the visit, the CJI observed :

"This monument marks a defining moment in Human Civilisation. All democracies have been inspired by the values which originated from this sacred place. It represents inviolable guarantees and promises definitive of human dignity and existence. Standing in this historic hall, one cannot but be moved by the the bravery, spirit and ideals that motivated the founding fathers of the United States of America that continue to resonate even today, across the globe. It is necessary for us all, the citizens of the world, to work tirelessly to sustain and further the liberty, freedom and democracy our forefathers have fought for. That is the only tribute worthy of their sacrifices."

The CJI also visited thee first Supreme Court of the USA which functioned for over a decade from Philadelphia with six Judges.

Two days back, the CJI had visited visited the Columbia University in New York and paid rich tributes to one of its distinguished alumnus Dr. B R Ambedkar. Justice Ramana was received at Columbia Law School by Mr. Adam Kolker, Dean and Executive Director of the Office of International and Comparative Law Programs. Justice Ramana paid floral tributes at Dr. B. R. Ambedkar's bust situated in the Library Building of the University.

On that occasion, Justice Ramana observed:

"Long years ago, Dr. B. R. Ambedkar walked through the corridors of this great seat of learning. Today, I had the honour of walking in his footsteps. It is an emotional moment for me. I do not have a privileged background. I am son of an ordinary farmer. I am the first in the family to get university education. Today, I am standing here as the Chief Justice of India. Such a possibility arose because of the most progressive and futuristic Constitution of India that was drafted under the leadership of Dr. B R Ambedkar. I, and millions more like me, will forever remain indebted to the visionary.

When the transformational journey of the young republic of India is recorded in history books, credit will be given to the Constitution of India and the people's faith in it. It is my honour to be standing here today, in this institution, which has produced many world leaders, including Dr. Ambedkar. He was one of the founders of modern India. His life has inspired generations of Indians to believe in their own worth and identity.

The 75-year long journey of my country so far is a testimony to the power of democracy. It is essential that people, particularly the students and youth, realise the importance of democracy. It is only through your active participation that the democracy can be sustained and strengthened. Only a true democratic order can be the foundation for lasting peace in the world."