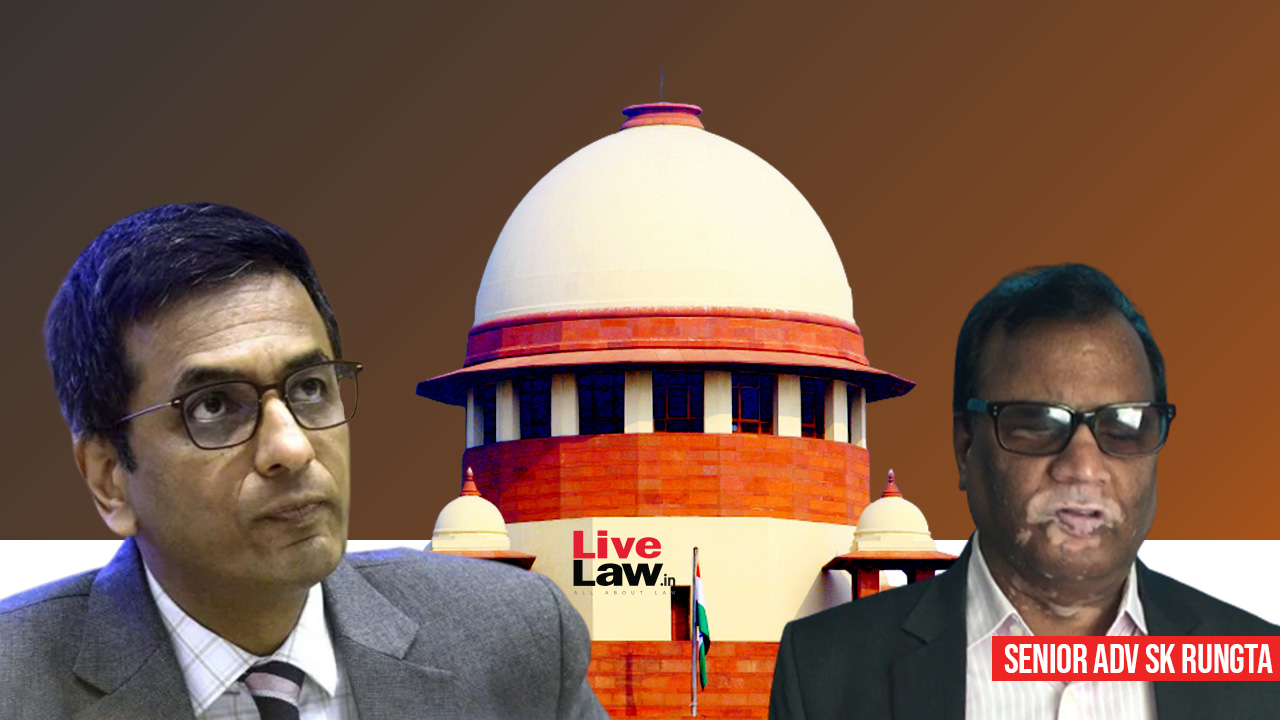 On Thursday, in open court, the Chief Justice of India, Justice D.Y. Chandrachud discussed his mission to make courts across the country accessible for lawyers/persons with visual disabilities.

In order to understand the difficulty faced by Advocates with visual disabilities in navigating courts on a daily basis, he asked Senior Advocate, Mr. S.K. Rungta (who lost his eyesight when he was about a year old) how does he follow the compilations referred to by the other Counsels.

The CJI asked Mr. Rungta, "I wanted to ask you a personal question.I hope you don't mind.The other Counsel is citing a compilation, how do you follow it in Court?"

Mr. Rungta apprised the CJI that he gets a soft copy of the compilation on a pendrive and uses his computer to convert the same into a braille document.

"I have taken it on pendrive & I've my computer which gives a braille output."

The CJI said, "I am Chairing the E-Committee as you know, and this is one of my missions."

Taking the opportunity, Mr. Rungta made some suggestions to make the system more effective. He suggested that the software used by the Court ought to be compatible with the softwares in the computers used by persons with visual disabilities.

"As we are moving towards digitalisation, the software to be used ought to be compatible with the software we are using in our devices, so that the material can be converted to braille."

"Obviously, it can be converted to voice, but one cannot use that voice output in Court."

Acknowledging the suggestion made by Mr. Rungta, the CJI told him that he would ask the Head scientist of National Informatics Centre (NIC) to coordinate with him, so that they can all work together to make the Courts disability-friendly.

"You're absolutely right. What I'll do is, I will ask the head scientist of NIC to coordinate with you. Both of you can sit together."

The CJI pointed out that some changes have already been made to the Supreme Court's official website. For instance, there are audio-captchas in order to make the website accessible to persons with visual disabilities.

"You probably have met Mr. Rahul Bajaj, he has been working as my law clerk….As you may have noticed we have made some changes to the website. Now we have audio captcha."

Elaborating on his vision, the CJI said,

"It is not merely going to help Supreme Court lawyers, but I want to do it across the country."

He asked Mr. Rungta to assist the Court -

Mr. Rungta, give us a little bit of you time. It would help in our mission."

Mr. Rungta said that he would whole-heartedly participate in such a noble endeavour, which would make lives of Advocates with disabilities a lot easier across the board.