'It Would Be Better To Hear The Union Minister': CJI On Electric Vehicles To Reduce Pollution 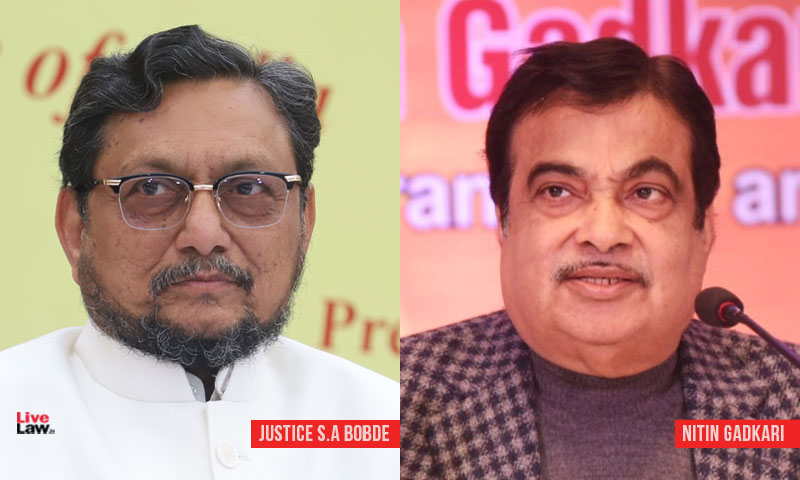 "What is the government's plan regarding electrical vehicles? The (Union) Transport Minister (Nitin Gadkari) may want to tell us about the scheme and its implementation? He has made many statements about the use of these e-vehicles, about CNG being less-polluting", observed Chief Justice S. A. Bobde on Wednesday.

The court was hearing NGO CPIL's petition for the enforcement of the government's 2012 policy for electricity or hydrogen-fuelled public transport and government vehicles.

"There are so many pollution related matters before this court and the issue of vehicles concerns all of them- bursting of crackers, burning of stubble. But, sadly, we are not speaking about the biggest cause of air pollution, vehicles, enough or considering it seriously. This will have a great impact on the environment and the matter needs to considered! All the other issues will be resolved to a great extent if the e-vehicles policy is effectuated...", reflected the CJ.

Voicing the willingness to discuss with the Minister himself regarding the procurement of e-vehicles and establishment of charging facilities, the CJ assured that this was merely an invite and not a summons-

"We are not indicting him or ordering him to come to the court. But we feel it would be better to hear from him than any other officer, who, though responsible, may not be aware the entire picture"

"It may send the wrong signal. The Minister would be happy to address the court but his coming to the court may be misused", submitted ASG Atmaram Nadkarni, hinting that the act may be given a political colour by the opposite side.

"This is nothing political...the suggestion that he come is at the court's instance, not (Advocate Prashant Bhushan, for the petitioner-organisation)", said the CJ. However, the bench dropped the idea, satisfying itself by seeking the assistance of the competent authority from the concerned department.

In his turn, Mr. Bhushan argued,

"They are failing to execute their own government's policy! The rising level of pollution could be imputable to this inaction on the part of the authorities and the absence of the requisite law!...they had promised that by 2020 there would be 7 million hybrid vehicles! Infrastructure has to be provided to charge the batteries! What happened there? On the other hand, e-rickshaws are being restricted by the government now!"

"The policy was aimed at making e-vehicles the first resort so that these hybrid vehicles come to take the place of the existing vehicles!", he continued.

Countering that it was in pursuance of a court order that the plying of e-rickshaws has been regulated, the ASG asserted, "Over 1000 vehicles have been introduced in the beginning only!"

The matter was posted to a later date on the ASG's request for time to file the government's response.