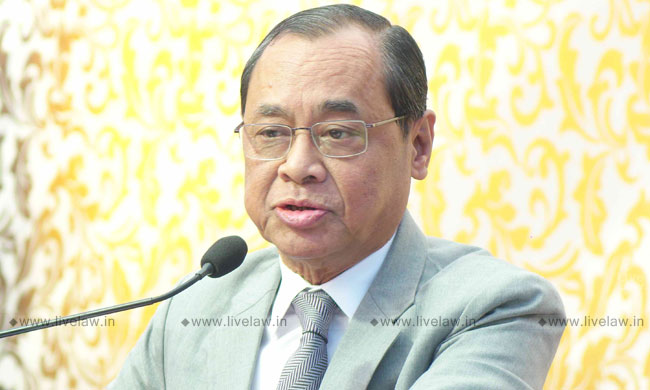 An unprecedented decision of the Chief Justice of India (CJI), allowing lodging of FIR against a sitting High Court judge, has surfaced. On Tuesday, CJI Ranjan Gogoi gave permission to CBI to file an FIR under the Prevention of Corruption Act (PCA) against Justice SN Shukla of Allahabad High Court, Lucknow bench, a report from the Times of India said.

A Preliminary Enquiry against the judge was ordered by former CJI Deepak Misra on receiving a complaint from UP Advocate General, Raghvendra Singh, alleging Justice Shah of serious judicial misconduct. A Panel comprising three High Court Chief Justices was then formed to inquire into these allegations which eventually found him guilty of giving favors to a private medical college by extending deadline for admission of students, in violation of a Supreme Court order.

After pursuing the panel's report, then CJI Misra had asked him to resign or seek early retirement, which the High Court refused. Subsequently, a request was made by Justice Shukla before the present CJI to re-allocate his judicial work, which was vehemently rejected. CJI Gogoi thereafter wrote to the Prime Minister Narendra Modi to move a motion in the Parliament for removal of Justice Shukla on account of judicial irregularities and malpractices.

On Tuesday lastly, he granted permission to CBI to register an FIR against Justice Shukla under PCA alleging misconduct and judicial irregularities. "I have considered the note appended to your letter on the above subject. In the facts and circumstances of the case, I am constrained to grant permission to initiate a regular case for investigation as sought for in your letter under reference" the CJI said.

The CJI has taken this step in view of the Supreme Court's verdict in K. Veeraswami v. Union Of India & Ors., 1991 SCC (3) 655, wherein the court held that an FIR against a sitting Supreme Court or High Court judge could not be lodged without first showing the evidence to the CJI and seeking his permission. Notably, no investigating agency has ever probed a sitting HC judge before 1991and this decision is only one of its kind since then.