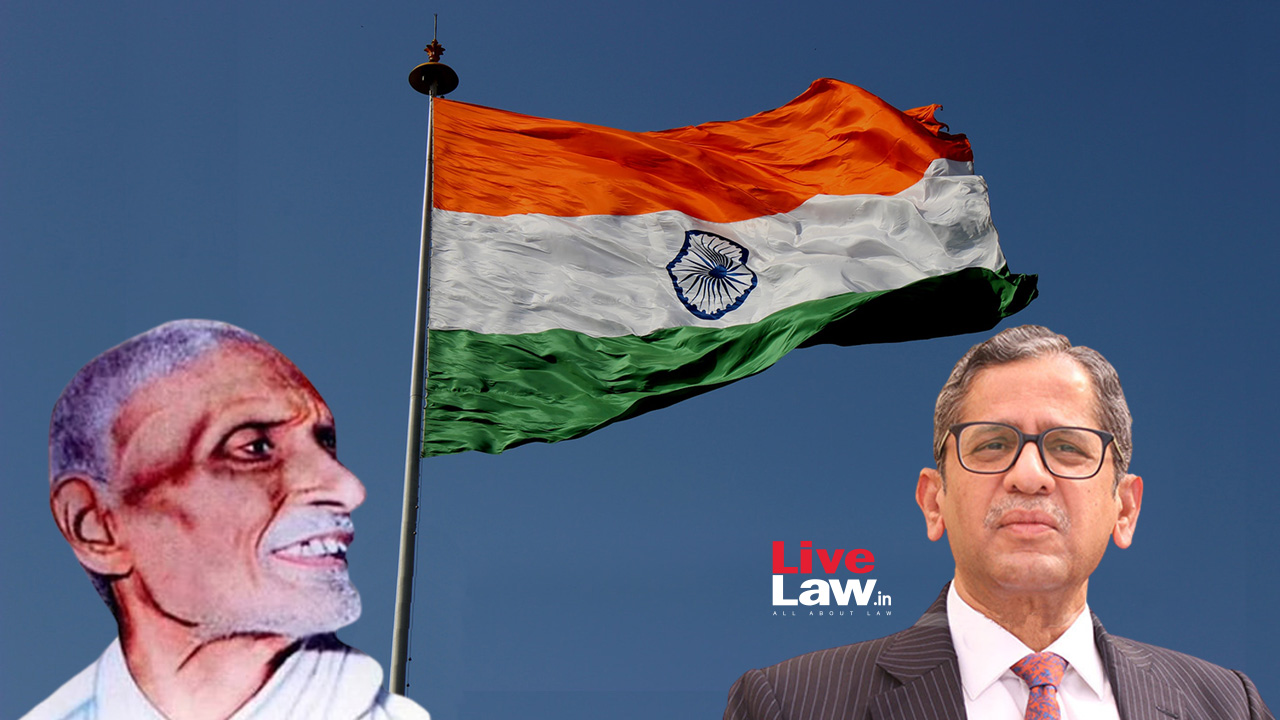 Chief Justice of India NV Ramana paid tributes to Pingali Venkayya, the designer of the national flag, in his independence day speech today.

"Today I see the tricolour flying high above us. I cannot help but take pride and remember Shri Pingali Venkayya, who is the architect of the national flag, who hails from the Telugu land, who designed the national flag", CJI Ramana, also a Telugu, said. 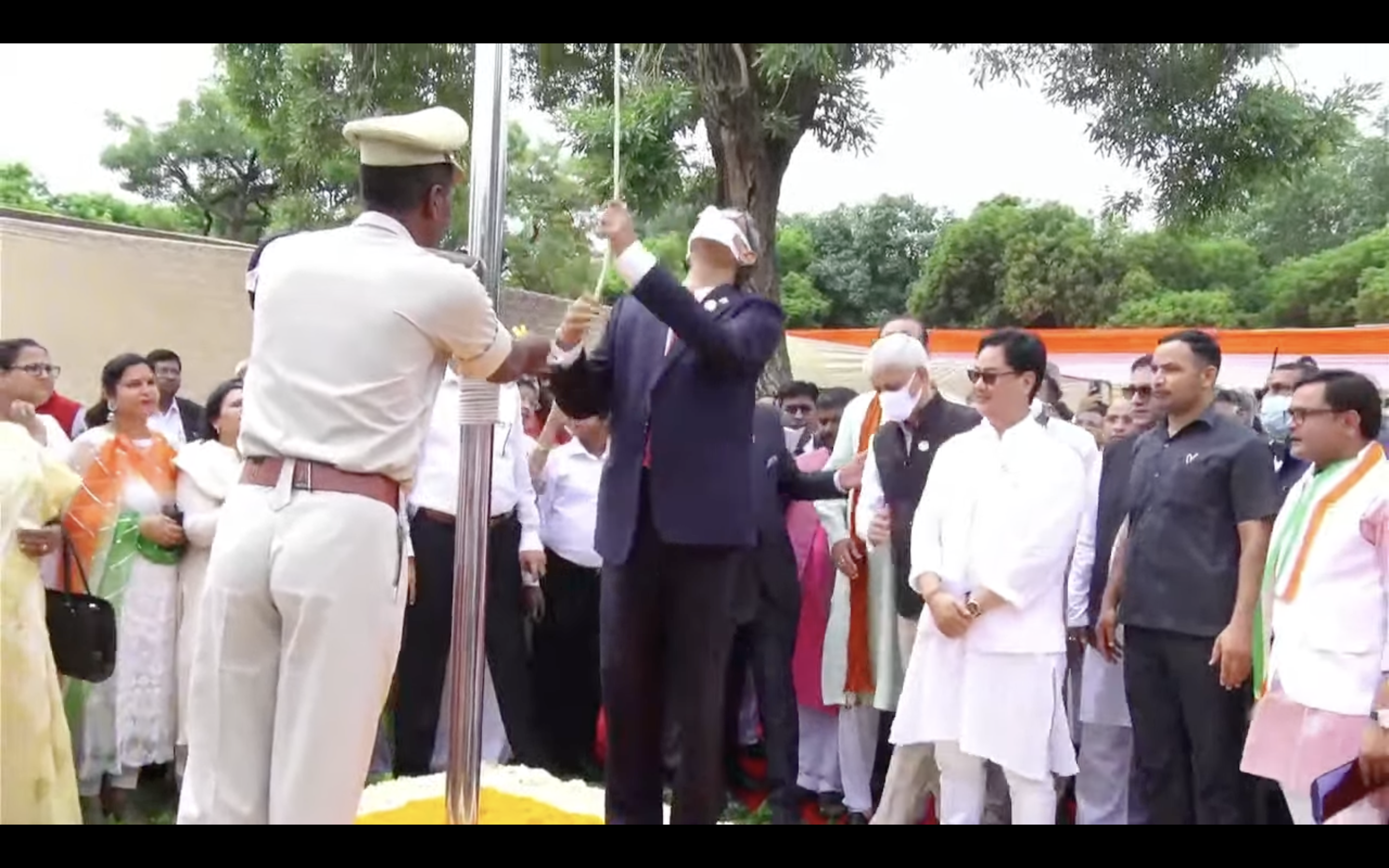 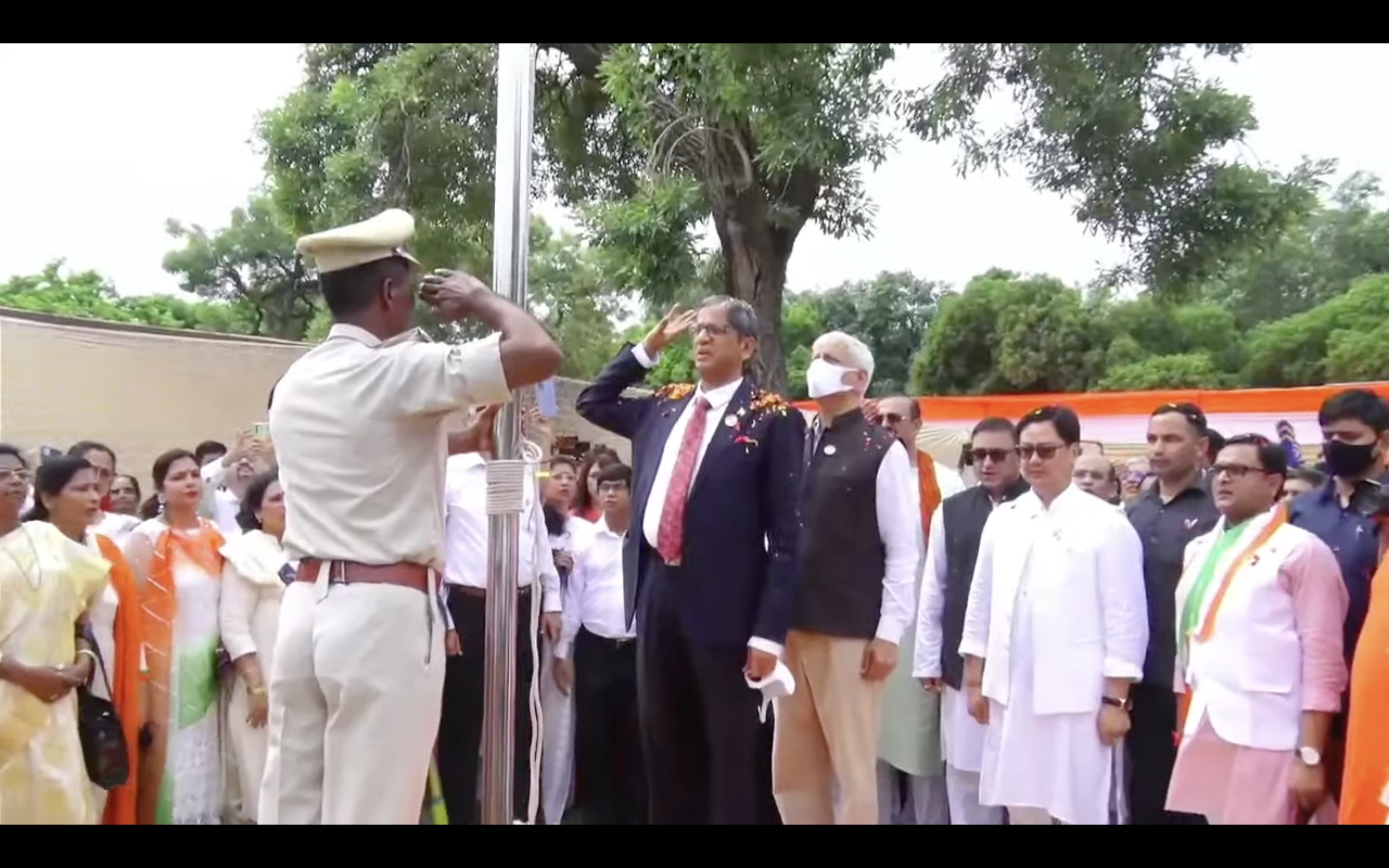 Who was Pingali Venkayya?

Pingali Venkayya, a freedom fighter and Gandhian, was born in 1876 in the present day Andhra Pradesh. In the All India Congress Committee meeting held in Vijayawada in 1921, he presented a design of flag to Mahatma Gandhi. This first flag was coloured red and green. It is said that on Gandhi's suggestion, Venkayya added a white stripe in between. Since 1921, Venkayya's flag has been used informally at all Congress meetings. The flag was adopted in its present form during a meeting of the Constituent Assembly on July 22, 1947.

An ad hoc committee was constituted by the Constituent Assembly for national flag. It was constituted headed by Dr. Rajendra Prasad. Other members of the Committee were Abul Kalam Azad, K.M. Panikar, Sarojini Naidu, C. Rajagopalachari, K.M. Munshi and Dr. B.R. Ambedkar. The Flag Committee having been constituted held several meetings and studied the question in depth. It arrived at the following decision :

"(a) The flag of the Indian National Congress should be adopted as the National Flag of India with suitable modifications, to make it acceptable to all parties and communities in India.

(b) The flag should be tricoloured, with three bands horizontally arranged.

(c) The colours should be in the following order: saffron on top, white in the middle and dark green at the bottom.

(d) The emblem of the flag should be an exact reproduction of the wheel on the capital of Asoka's Sarnath Pillar, superimposed in the middle of the central white band.

(e) The colour of the emblem should be dark blue."

The resolution which was adopted as under : "Resolved that the National Flag of India shall be a horizontal tricolour of deep Saffron (Kesari), white and dark green in equal proportion. In the center of the white band, there shall be a wheel of navy blue to represent the Chakra. The design of the wheel shall be that of the Wheel (Chakra) which appears on the abacus of the Sarnath Lion Capital of Asoka."

A postage stamp to commemorate Venkayya and the first flag was issued in 2009. Vijayawada station of the All India Radio was named after him in 2014.