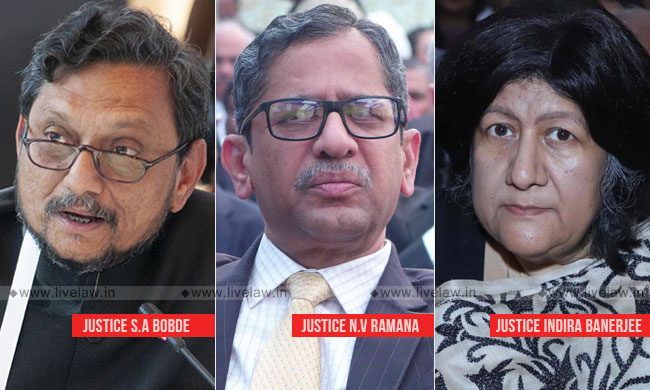 The Supreme Court panel headed by Justice S A Bobde constituted to inquire into sexual harassment allegations against Chief Justice of India Ranjan Gogoi has issued notice to the woman, a former SC staff, who had raised the issue.

The panel, which also includes Justices Ramana and Indira Banerjee, has required her to be present on April 26.

The first hearing will be conducted on Friday and the apex court secretary general has also been asked to be ready with all documents and materials.

"This is going to be an in-house procedure which does not contemplate representation of advocate on behalf of parties. It is not a formal judicial proceeding," Justice Bobde told the PTI.

He clarified that there is no time frame to to complete the inquiry and future course of action will depend on "what comes out of the inquiry" which will be "confidential".

It was yesterday that the three-member panel was constituted, after much criticism from several quarters about the decision of the CJI-led bench to deal with the issue on judicial side suo moto.

The lawyers' bodies SCAORA & SCBA and several senior advocates have openly condemned the procedure and said that the CJI was acting as a judge in his own cause.

The allegations surfaced on April 20, when four online portals reported the contents of the 28-page affidavit sent by the woman to all SC judges calling for a probe into the allegations. She stated that she was employed as Junior Court Staff and alleged that while she was on duty at the residential chambers of CJI Gogoi, she was sexually harassed by him.

When she resisted the move, she was transferred from the post, and was eventually dismissed from service, she alleged.

The former employee complained that she and her family have been victimized for resisting and refusing the unwanted sexual advances of the CJI.

On a special sitting held by the bench of CJI Gogoi, Justices Arun Mishra and Sanjiv Khanna on April 20, the CJI dismissed the allegations as wild and baseless and termed them as a part of plot to deactivate judiciary.