[CLAT Vs NLAT In SC] "Justifications of Avoiding a 'Zero Year' Can't Trump the "Legitimate Expectations" of Students And Fundamental Rights":Petitioners File Rejoinder 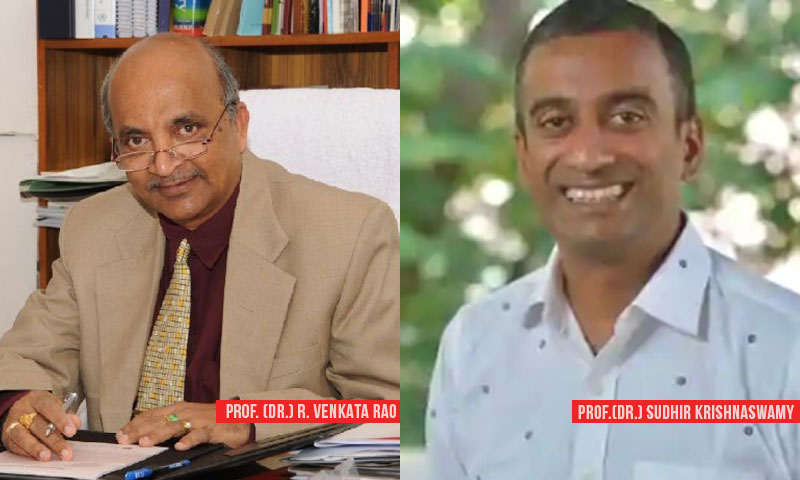 Former Vice Chancellor of NLSIU, Prof. (Dr.) R. Venkata Rao has filed a rejoinder affidavit before the Supreme Court, in support of his plea against the University's "unilateral decision" to withdraw from CLAT 2020 and hold a separate entrance examination, namely NLAT. He has submitted that the exam, as conducted on September 12, 2020 with the Top Court's permission (order), is...

Former Vice Chancellor of NLSIU, Prof. (Dr.) R. Venkata Rao has filed a rejoinder affidavit before the Supreme Court, in support of his plea against the University's "unilateral decision" to withdraw from CLAT 2020 and hold a separate entrance examination, namely NLAT.

He has submitted that the exam, as conducted on September 12, 2020 with the Top Court's permission (order), is a "colossal failure" and must be struck down for that very reason.

Highlighting the "egregious violation" of the fundamental rights of the students, who sat in the NLAT examination, Prof. Rao through Advocate Vipin Nair, narrated the entire fiasco starting from notification of the examination until conclusion of the NLAT re-test.

Firstly, he criticized the introduction of an online home-based test within such a short span of time by the University. He then highlighted that the mock test administered by NLSIU a day before the exam was "extremely troubling" and caused a number of candidates undue anxiety and stress.

Thereafter, he referred to the widely reported "technical glitches" during the exam which indicated unpreparedness of NLSIU to conduct a separate exam. Further, in the backdrop of leaking of LAT retest paper he remarked,

"There has never been a leak of this magnitude ever reported in any of the earlier law entrance examinations held by the consortium."

Technical Glitches Faced By Candidates May Be Raised On Portal By September 13, 12 PM: NLSIU

On the strength of these arguments, Prof. Rao has stressed upon his prayer to cancel NLAT 2020 and to direct NLSIU to accept the scores of CLAT 2020, which is scheduled to be held on September 28.

NLSIU's Response to these developments:

Other grounds pleaded in the rejoinder are thus:

NLSIU Notification of establishing Test Centers to increase accessibility of the exam was a "mere eyewash" as the NLAT FAQs show that the University has absolved itself of all liabilities and that the arrangement will be between Testpan and the candidate taking the test.

Test centres were only available in a little over 35 cities, which are primarily capital cities as compared to over 200 centres,s designated by CLAT consortium.

University chose to "surreptitiously change its stance" by updating its FAQs on its website, instead of releasing properly formulated notifications. There was no newspaper publications at all. "Some key policy decisions have been introduced through these FAQs, which may have been overseen by thousands of candidates, as candidates cannot be expected to spend their time refreshing the FAQs page every single day."

One such surreptitiously inserted policy change was the policy of normalization inserted through a FAQ, which stipulates that the NLAT 2020 examination will be conducted in three separate sessions and a normalization procedure will be adopted by the Respondent No. 1 university. The FAQ does not provide for a formula for normalization, or the exact procedure and till date, the University has not revealed the normalization formula, which is a completely arbitrary measure to keep candidates in the dark and render the admissions process completely whimsical and arbitrary.

Justifications of avoiding a 'Zero Year' cannot trump the "legitimate expectations" of students and their fundamental rights.

While interpreting NLSIU ACT, the University "down-played" the ambit of term 'prior concurrence by Academic Council' as occurring under second proviso to Section 13 of the Act.

The University is in clear violation of the bye-laws of the Consortium and thus violates the fundamental right of the candidates under Article 14.

The Plea filed though Advocates Sughosh Subramyam and Vipin Nair states that such "unilateral decision" of NLSIU to hold a separate examination has thrown the aspirants of CLAT 2020 into a frenzy and is a serious violation of their fundamental rights, including the right against arbitrary actions of the State secured under Article 14 and the right to education and other concomitant rights under Article 21.

On September 11, a Bench headed by Justice Ashok Bhushan had allowed the University to conduct the Admission Test as per the schedule. However, the Bench restrained the Administration from declaring the results and making Admissions.