HC's Jurisdiction U/S 439 CrPC Is Limited To Grant Or Not To Grant Bail: SC Quashes Madras HC's Direction To Form A Committe For Reforms 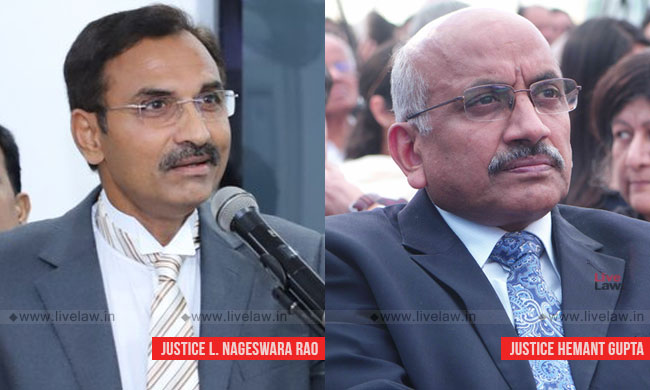 "Even though the object of the Hon’ble Judge was laudable but the jurisdiction exercised was clearly erroneous."

The Supreme Court has set aside a Madras High Court order that directed the State to constitute a committee to recommend reforms in the Criminal Justice System.

The bench of Justice L. Nageswara Rao and Justice Hemant Gupta observed that the jurisdiction of the Court under Section 439 of the Code of Criminal Procedure is limited to grant or not to grant bail pending trial and it has no inherent jurisdiction to pass any order under the guise of improving the criminal justice system in the State.

The High Court had passed this order apparently in a petition seeking bail. It directed constituting a Heterogeneous Committee to give its recommendations on the reforms that can be brought into practice for reformation, rehabilitation and re-integration of the convict/accused person to society and best practices for improving the quality of investigation. The Committee was mandated to submit report within eight weeks and that the State was directed to furnish data for each District. The Committee was to scrutinize the same and submit the final data separately along with the report. The State was directed to provide office room for the Committee to conduct its meetings and to keep the documents and other materials in safe custody.

Aggrieved with this order, the State had approached the Apex Court in appeal. Agreeing with the submissions made by the State, the Court observed that Single Bench committed grave illegality in retaining the file after grant of bail to the accused. The jurisdiction of the High Court came to an end when an application for grant of bail under Section 439 of the Code was finally decided, the bench said.

While setting aside the order, the bench further observed:

We find that learned Single Judge has collated data from the State and made it part of the order after the decision of the bail application as if the Court had the inherent jurisdiction to pass any order under the guise of improving the criminal justice system in the State. The jurisdiction of the Court under Section 439 of the Code is limited to grant or not to grant bail pending trial. Even though the object of the Hon'ble Judge was laudable but the jurisdiction exercised was clearly erroneous. The effort made by the Hon'ble Judge may be academically proper to be presented at an appropriate forum but such directions could not be issued under the colour of office of the Court