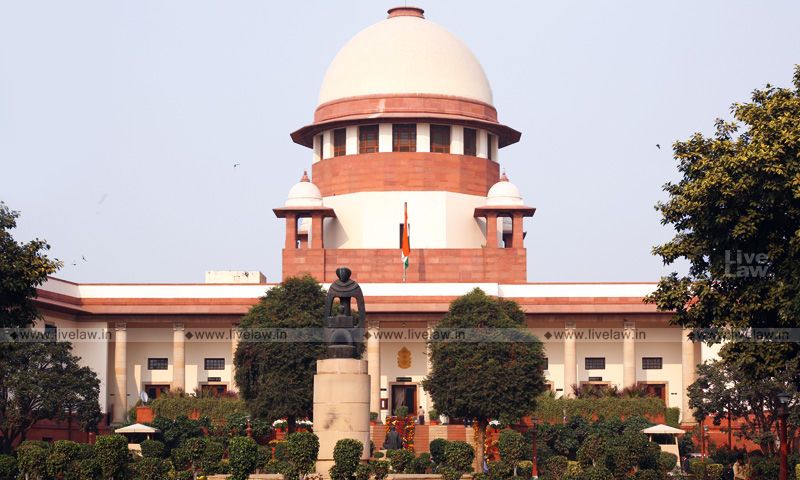 Emphasizing that a welfare state has a constitutional duty to ensure that no one dies of hunger, the Supreme Court on Tuesday granted 3 weeks time to the Central Government, as a last opportunity, to frame a pan-India policy on community kitchens, after taking the view of different state governments.A bench led by the Chief Justice of India NV Ramana recorded unhappiness over the affidavit...

Emphasizing that a welfare state has a constitutional duty to ensure that no one dies of hunger, the Supreme Court on Tuesday granted 3 weeks time to the Central Government, as a last opportunity, to frame a pan-India policy on community kitchens, after taking the view of different state governments.

A bench led by the Chief Justice of India NV Ramana recorded unhappiness over the affidavit filed by the under-secretary of the Union Ministry of Consumer Affairs, Food and Public Administration. The bench observed that the Principal Secretary had to file the affidavit.

The bench also expressed dissatisfaction over the contents in the affidavit, observing that it merely recorded the information already given by the states regarding the respective community kitchen schemes ran by them. On October 27, the Court had passed an order directing the Central Government to come up with a scheme for establishing pan-India community kitchens, after interacting with the state governments.

The bench, also comprising Justice AS Bopanna and Justice Hima Kohli, was hearing the writ petition Anun Dhawan and others versus Union of India and others, which seeks the formulation of a community kitchen policy to avoid starvation deaths.

When the matter was taken today, Additional Solicitor General Madhavi Divan told the bench that pursuant to the October 27 order, a virtual meeting was held by the Centre with the States to obtain their views on community kitchen schemes, and the information about that has been provided in the affidavit. The ASG said that she is appearing as the Attorney General for India is engaged in another matter.

The bench pointed out that the affidavit does not say anything about the policy decision taken by the Centre.

"This(the affidavit) doesn't indicate anywhere that you're considering forming a scheme. That isn't there. You are extracting information..what fund you're collecting... what you're doing etc! We wanted a uniform model from the Govt of India. You have to ask states, see there's a proposal, a discussion for common community kitchen issue, give your suggestions. Not to collect information like police, what you're doing, how much you're collecting", the CJI told the ASG.

"You can't ask information is already available. It is already filed in the affidavits of state", the CJI added.

"Do you conclude your affidavit saying you'll consider the scheme now? A 17 page affidavit & not a whisper!", Justice Kohli pointed out.

The CJI also expressed unhappiness over the fact that the affidavit was filed by the Under-Secretary.

At this point, the Attorney General for India KK Vennugopal joined the virtual proceedings.

"Mr AG kindly tell me what to do. Your under secretary filed the affidavit!", the CJI told the AG.

The AG undertook that the Centre will come out with a concrete scheme. He said that something can be worked out within the framework of the National Food Security Act. The CJI agreed that the scheme needs to have a statutory framework, so that it cannot be discontinued on a change of policy.

"The question is simple, last occasion we made it clear unless & until states are involved central govt can't do anything. So we directed govt to call meeting & frame policy. The issue is now, make a comprehensive scheme, identify areas where there's immediate need, so it can be uniformly implemented", the CJI said.

Continuing, the CJI said, "See if you want to take care of hunger, no constitution,law will say no. My suggestion again is, already we're delaying so further adjournments won't help. We'll give you final time of 2 weeks please hold that meeting"

"This is the first principle - Every welfare state's first responsibility is to provide food to people dying due to hunger", the CJI underlined.

The Attorney General sought for 3 weeks time to hold the meeting and finalize the scheme. The bench agreed.

"Heard counsels & AG. We are not happy with affidavit filed by the Under Secretary, Govt of India. We direct that here afterwards some responsible secretary has to file affidavit.

Still it appears from affidavit & the submissions by the Government of India that they are still obtaining suggestions & views.  In view of that, finally we grant 3 weeks time to come up with some scheme which can be agreeable by states also. Otherwise if states have any objection we'll consider in court in next hearing. We direct all states to attend meeting called by Govt of India in coming up of a scheme".

After the order was dictated, the CJI told the AG,  "We're adjourning for 3 weeks. we are not saying what kind of scheme in this order. You understand that the purpose of litigation is to protect people with with hunger and those dying due to hunger".

The CJI also clarified that the Court was not talking about the malnutrition. "..one more confusion is there. Don't think this is with malnutrition. This is for hunger. People are dying due to hunger. Don't mix these two issues", he said.