Come Up With Policy On Community Kitchens Scheme After Interacting With States : Supreme Court Directs Centre 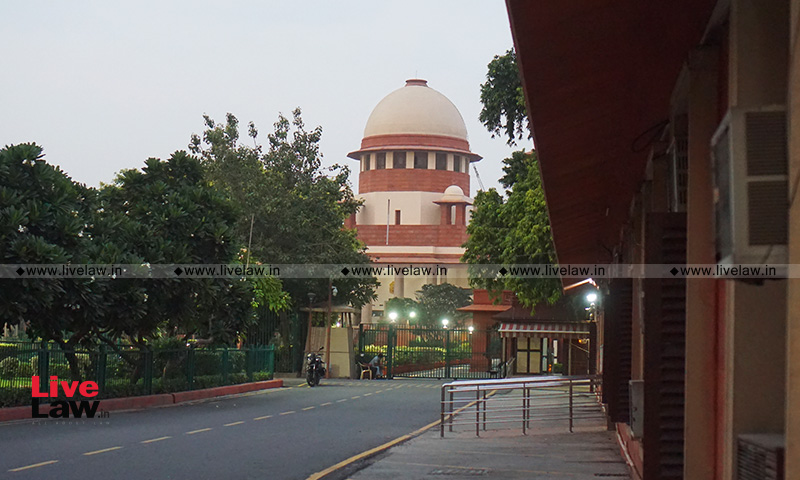 The Supreme Court on Wednesday directed the Central Government to come up with a scheme for establishing pan-India community kitchens, after interacting with the state governments.A Bench comprising the Chief Justice of India NV Ramana, Justice Surya Kant and Justice Hima Kohli has directed the five states with highest number of hunger deaths including Uttar Pradesh, Madhya Pradesh, Bihar,...

The Supreme Court on Wednesday directed the Central Government to come up with a scheme for establishing pan-India community kitchens, after interacting with the state governments.

A Bench comprising the Chief Justice of India NV Ramana, Justice Surya Kant and Justice Hima Kohli has directed the five states with highest number of hunger deaths including Uttar Pradesh, Madhya Pradesh, Bihar, Odisha and Maharashtra to file their responses in the matter.

While finding it appropriate for Government of India to come up with a policy, the Bench also stressed on the need to coordinate with state governments after taking their opinions.

The Bench has issued the directions after being informed by Additional Solicitor General Madhavi Diwan that a scheme is already under consideration by the Central Government.

The Bench was hearing a PIL filed seeking establishment of state-funded or Public Private Partnership kitchens across the country.

"It would be appropriate that the Union of India should come out with some policy decision with regard to implementation of the Community Kitchen Scheme by taking into consideration the other similar Schemes relating to the community kitchen which are already in operation in different States.

We feel that there is a need to coordinate with the State Governments/Union Territories and their opinion should also be taken into consideration by the Union of India before finalization of the Community Kitchen Scheme.

In view of the above, we direct the Union of India to interact with the concerned stakeholders as well as for finalization of probable date of holding meeting(s) with the State Governments/Union Territories on the subject", the order recorded.

The Supreme Court had last year imposed costs of Rs. 5 lacs on several states for failing to file affidavits.

"It is unfortunate to note that even after lapse of considerable period of time, there is no proper response from the State Governments. In view of the above, we impose costs of Rs.5,00,000/- (Rupees Five Lakhs only) on each State and Union Territory for not filing counter affidavits in the matter," the order had read.

Community kitchens are institutions that provide cheap or free nutritious food as a service to the general public usually run by religious institutions or by the state. These are viewed as a complement to the existing schemes of the Government for combating hunger and malnutrition in India.

The petition, filed in 2019 has taken cue from pre-existing and successful run community kitchen services provided by certain state governments such as Amma Unavagam in Tamil Nadu, Annapurna Rasoi in Rajasthan, Indira Canteens in Karnataka, Aam Aadmi Canteen in Delhi, Anna Canteen in Andhra Pradesh, Mukhyamantri Dal Bhat Yojana in Jharkhand and Ahaar Centre in Odisha. These programs were established by these respective states with the same object of combating hunger and malnutrition crisis and providing nutritious food at subsidized rates to the lower socio-economic strata of the society. These are akin to "soup kitchens" of the U.S. and Europe to feed the poor by serving a limited menu of nutritious cooked food at below the market price.

The Petitioners relied on various census and statistical reports to assert that malnutrition and hunger were soaring at an alarming rate in the country, threatening the 'Right to Food' and inadvertently, the 'Right to Life', enshrined under Article 21 of the Constitution. "…referring to the UN World Food Programme, UN WHO: Global Database on Child Growth and Malnutrition, 2006, UN Food and Agriculture Organization: SOFI 2006 Report, it has been reported that 7000 persons (including children) die of hunger every day and over 25 Lakh persons (including children) die of hunger, annually", the petition said.

In this regard, they sought directions to all States and Union Territories to formulate schemes for establishment of community kitchens. They have also prayed for directions to the Central Government to create a national food grid for persons who remain beyond the scope of the Public Distribution Schemes due to homelessness and non-issuance of cards requisite to avail government schemes and subsidies.

The Petitioners also clarified that they did not seek replacement of any of the existing government schemes and rather anticipated these establishments as an added mechanism for provision of nutritious food.