Injustice Has Been Done To The Complainant : Justice Lokur On Clean Chit To CJI In Sexual Harassment Allegations 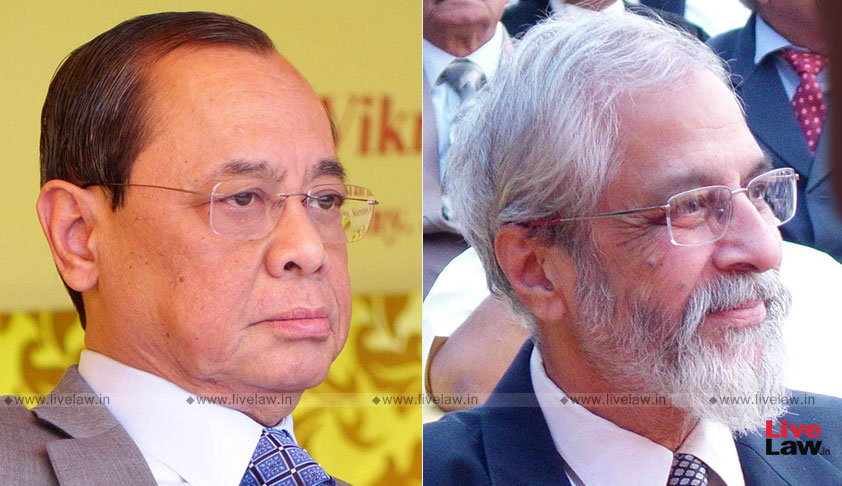 "On a consideration of the overall facts, it does appear that some injustice has been done to the staffer", opined former Supreme Court judge Justice Madan B Lokur about the manner in which the Supreme Court dealt with sexual harassment allegations raised by a former employee of the Court against the Chief Justice of India.In an article written in the Indian Express titled "A One Sided...

"On a consideration of the overall facts, it does appear that some injustice has been done to the staffer", opined former Supreme Court judge Justice Madan B Lokur about the manner in which the Supreme Court dealt with sexual harassment allegations raised by a former employee of the Court against the Chief Justice of India.

In an article written in the Indian Express titled "A One Sided Justice", Justice Lokur highlighted that the Court was driven by an "institutional bias" while dismissing the allegations raised by the woman. This was evident from the first response issued by the Secretary General of the Court on April 20 rubbishing the reports of the allegations published by news portals. Justice Lokur underscored the impropriety in the special sitting convened by the Court on that day on a mention made by the Solicitor General.

"It is not clear before whom he mentioned the matter, when and why was the mention entertained and what procedure was followed", he said.

Also, the fact that the name of the CJI was not mentioned in the record of proceedings is "unprecedented and extraordinary" according to Justice Lokur.

Justice Lokur highlighted the impropriety in the CJI himself setting up the in-house panel to probe the allegations.

"Please note, the internal committee was set up by a person charged of unwanted physical contact with a lady staffer and that person chose the judge to inquire into the allegation"

He also wondered why the in-house panel was not mandated to probe the allegations of victimisation raised by the woman.

"given the enormous power imbalance between the CJI and the staffer, could not the internal committee have been a little charitable and conditionally permitted a support person? In matters of alleged sexual offences, judges try to protect the victim from re-victimisation. It is for this reason that various protections have been provided to victims of alleged sexual offences. In this case, surely the internal committee could have been a little magnanimous and permitted the staffer the comfort of a support person, particularly in view of the power imbalance and since the internal committee proceedings were informal", Justice Lokur opined.

He also expressed that the "the staffer must be given a copy of the report of the Committee so that she gets answers to the questions that she and others have raised".

He further stated that it was his belief that the staffer has not been "fairly treated".

"Many questions are left unanswered and actually many are trying to solve a riddle, wrapped in a mystery inside an enigma. Some transparency is needed. Can any member of the internal committee or somebody from the Supreme Court please help?", he said in conclusion.

Justice Lokur, who retired last December, was one among the four judges who had attended the press conference in January 2018 expressing concerns about the Supreme Court administration.