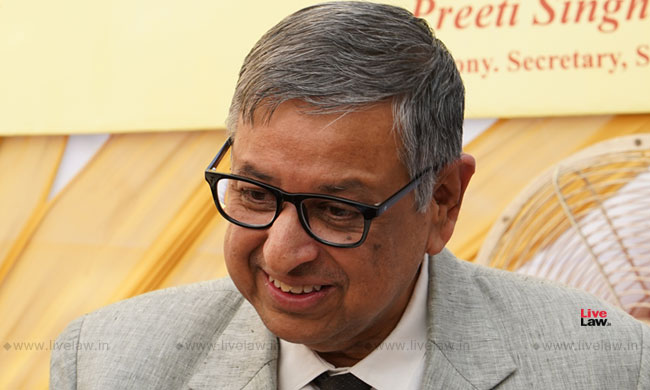 The Supreme Court has withdrawn to itself a writ petition pending before the Punjab and Haryana High Court challenging a notification issued by the State of Haryana providing for 10% vertical reservation for economically backward persons in general category in certain fields of public employment.

One Sunil Rathee had approached the Apex court by filing a transfer petition contending that certain appeals (State of Gujarat Vs. Ms Dulari Mahesh Basagre) on near identical points to the one which forms subject of controversy in writ petitions before the High Court are pending consideration of the Supreme Court.

The State of Haryana opposed the Transfer plea contending that in Commissioner of Services Tax vs. Sri Selvaganapathy and Co. [2018(4) SCC 578] it was held that the ground that the same issue is pending before this court in Civil appeal is not sufficient ground for transfer of the writ proceedings from the High Court to the Apex Court.

Justice Aniruddha Bose, taking note of the provision of article 139A observed:

The provision of Article 139A of the Constitution relating to withdrawal of a case from a High Court to this Court on the ground of pendency before this Court of a case involving same or similar questions of law contemplates fulfillment of two conditions. First, in the case pending before this Court, the questions of law involved ought to be the same or substantially the same as those involved in the case in the High Court, the withdrawal of which can be asked for. Secondly, this Court, while exercising the jurisdiction vested in it under Article 139A of the Constitution must be satisfied that such questions are substantial questions of general importance. Such satisfaction can be on this Court's own motion, on an application made by the Attorney General or on the basis of an application made by a party to any such case.

The court said that on satisfaction of these conditions, it can make direction in exercise of its discretion for withdrawing the case for disposal of the same by itself. The manner in which such discretion would be exercised would vary from case to case. The decision of this Court in Sri Selvaganapathy and Co. (supra) cannot be held to have laid down any absolute proposition of law guiding transfer or withdrawal of a case from a High Court to this Court, it added.

In Sri Selvaganapathy case , the Court qwas concerned with transfer petitions which were filed on the ground that the issue involved in the Writ Petitions in the High Court of Madras is pending before it Court in a Civil Appeal. Holding that this could not be sufficient ground for transfer of the writ proceedings, the Court had observed thuas: Once the decision of this Court is rendered in the Civil Appeal, the same can be brought to the notice of the High Court. In the meantime, the High Court can be requested to defer the proceedings in the writ petitions pending before it, the Court had observed in as brief order.

Case no.: TRANSFER PETITION (CIVIL) NO. 2592 OF 2019
Case name: Sunil Rathee vs. The State of Haryana
Coram: Justice Aniruddha Bose