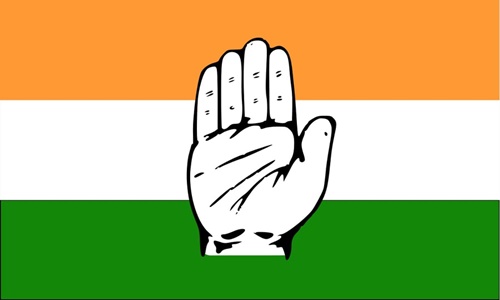 The Supreme Court has agreed to hear a petition filed by Congress Leader and Leader of the Opposition in Gujarat Legislative Assembly Paresh Dhanani after summer vacation.The plea seeks for quashing of a notification issue by the ECI which allows for the use of postal ballot in the upcoming biennial elections to the Rajya Sabha scheduled to be held on 19th June. Filed at 5am today...

The Supreme Court has agreed to hear a petition filed by Congress Leader and Leader of the Opposition in Gujarat Legislative Assembly Paresh Dhanani after summer vacation.

The plea seeks for quashing of a notification issue by the ECI which allows for the use of postal ballot in the upcoming biennial elections to the Rajya Sabha scheduled to be held on 19th June.

Filed at 5am today by Advocate-on-Record Varun K. Chopra, along with Advocates Gurtejpal Singh and Shubham Sharma, the plea states that intervention of the Court is required "to ensure the integrity of the ongoing elections and to ensure a level-playing field for all candidates regardless of party affiliation."
The plea refers to the impugned notification issued by the ECI on 17th June and states that the same needs to be corrected to ensure parity and compliance with the letter and spirit of the various laws that have been passed to maintain the integrity of the electoral process.

The 17th June notification allows the use of Postal Ballot for conducting the biennial Elections to the Rajya Sabha 2020 which is scheduled on 19th June. It is contended that the Respondent has overlooked the prevalent rules, regulations and spirit of the Electoral Laws by issuing such a notification.

The plea avers that ECI has not considered the fact that under Rule 18 of the Conduct of Election Rules, 1961, the electors cannot be declared to be eligible for polling by postal ballot unless the same is notified by a gazette notification as prescribed in Rule 68(2) of the 1961 Rules. Therefore, by failing to do so, the ECI has completely overlooked the willingness or the consent of the Electors in polling by way of Postal Ballots.

Further, the notification is illegal and in complete violation of Rule 39AA of the 1961 Rules whereby the Elector is required to present his/her ballot paper to the Agent of its political party before such ballot paper is inserted in the ballot box. It also nullifies the practice of verifying the vote cast by an Elector of a political party by an authorized agent of that party as prescribed in the proviso to Rule 42 of the 1961 Rules.

"Because notification issued by the Respondent Commission is illegal and in complete violation of Rule 39AA of the 1961 Rules. It is pertinent to note that Rule 39AA of the 1961 Rule, in order to ensure that the mandate and whip issued by the political party is followed stricto sensu, prescribes that the Elector shall show the ballot paper to the agent of the political party before inserting the same in the ballot box and if the same is refused by the Elector, the ballot paper of the Elector will be discarded by the Presiding Officer."

Additionally, the plea submits that by issuing the impugned notification in the later half of 17th June, a day before the Rajya Sabha Election and without taking any political party into consideration, the ECI has violated the principles of equity and fair play. There also exists the possibility of deliberate admission of Electors to hospitals in order to bypass the rigors of disqualification by cross-voting as the provisions regarding verification of votes by authorized agents do not apply.

The petition contends that in the present circumstances with Electors being "bought and lured by certain parties", it was not appropriate for the ECI to prescribe an alternative polling mechanism without following due process. Moreover, the effectiveness and consequences of failing to follow the "whip" of a political party as intended in the 10th Schedule of the Constitution, will also not be ensured.

In light of the above, the petition seeks for quashing of the impugned notification and for directions to be issued to the ECI to ensure that polling is done without any coercion or duress to the electors, and to ensure that each polling is video-graphed by a neutral agency from an appropriate distance so as to preserve the secrecy of the voter.

The matter was heard today by a Supreme Court Bench headed by Chief Justice of India SA Bobde. Senior Advocate Dr. Abhishek Manu Singhvi appeared on behalf of the Petitioner.

Dr. Singhvi submitted that the issuing of the notification a day before the RS Elections had virtually diluted the provisions to check cross-voting contained in the 10th Schedule of the Constitution of India, read with Rule 39AA of the Conduct of Election Rules, 1961.

The Court, while refusing to stay the Rajya Sabha Elections scheduled for 19th June, issued notice to the Election Commission of India.