Does The Office Of CJI Come Under The Purview Of RTI Act? SC Finally Lists Its Own Appeal Before Constitution Bench 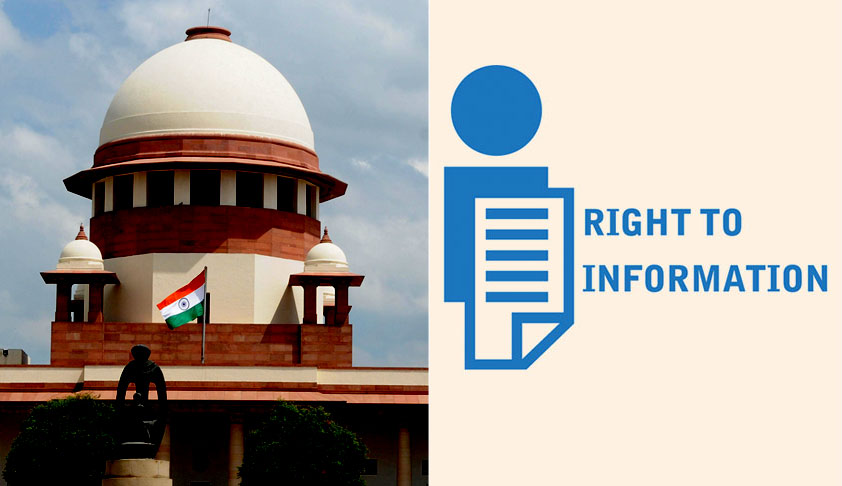 x
Cases pertaining to Land Acquisition Matters, Immunity of Legislators, have also been listed for hearing before the Constitution Bench from March 27th.

These appeals, though filed in the year 2010, were referred to the Constitution bench only in August 2016 by a three judge bench headed by Justice Ranjan Gogoi. The bench also referred the following questions formulated by a bench of Justice B. Sudershan Reddy and Justice SS Nijjar along with the appeals.

These cases pertain to the interpretation of or concerning Section 24 of the Right to Fair Compensation and Transparency in Land Acquisition, Rehabilitation and Resettlement Act, 2013.

Later, a three judge bench of the Supreme Court headed by Justice Madan B. Lokur, virtually stayed this judgment, and requested the other SC benches and the High Courts to not to deal with any cases relating to the interpretation of or concerning Section 24 of the Right to Fair Compensation and Transparency in Land Acquisition, Rehabilitation and Resettlement Act, 2013.

Thereafter, Justice Arun Mishra bench, taking note of the order by the bench headed by Justice Madan B. Lokur, referred the issue to the Chief Justice of India to constitute a larger bench.

That was how this matter reached the Constitution bench.

SITA SOREN vs. UNION OF INDIA

Whether Article 105/194 (2) of the Constitution of India confers any immunity on the Members of Parliament/Legislative Assembly from being prosecuted for an offence involving offer or acceptance of bribe to caste vote in a legislature?