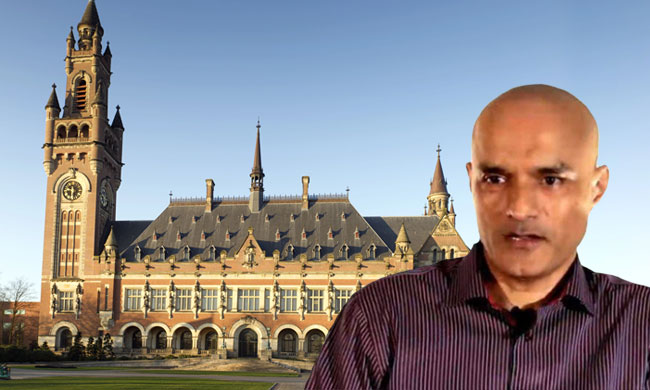 A report in The Times of India on August 3 says India refuses to accept impeded consular access to Kulbhushan Jadhav, an Indian national jailed in Pakistan for alleged espionage, and under death sentence. Pakistan is under an obligation to permit consular access to Jadhav, following the judgment delivered by the International Court of Justice (ICJ) on July 17. The ICJ had held...

A report in The Times of India on August 3 says India refuses to accept impeded consular access to Kulbhushan Jadhav, an Indian national jailed in Pakistan for alleged espionage, and under death sentence. Pakistan is under an obligation to permit consular access to Jadhav, following the judgment delivered by the International Court of Justice (ICJ) on July 17. The ICJ had held that Pakistan acted in breach of the obligations incumbent on it under Article 36 of the Vienna Convention on Consular Relations (VCCR). The ICJ also found, by fifteen votes to one, that Pakistan is under an obligation to inform Jadhav without further delay of his rights and to provide Indian consular officers access to him in accordance with Article 36 of the VCCR.

Of the two obligations, Pakistan did not contest India's contention that Jadhav was not informed of his rights under Article 36, paragraph 1(b) of the Convention. But Pakistan maintained that the Convention did not apply to an individual suspected of espionage. The ICJ rejected this contention that VCCR would not apply to individuals suspected of espionage.

On the second obligation, that is, providing consular access to Jadhav under paragraph 1(a) of Article 36 of the VCCR, the ICJ had rejected Pakistan's contention that any alleged failure by India to cooperate in the investigation process in Pakistan did not relieve Pakistan of its obligation to grant consular access. Article 36, paragraph 1(c) provides that consular officers have the right to arrange legal representation for a detained national of the sending State. This right, the ICJ held, remains in place regardless of whether Jadhav opted to be represented by a defending officer qualified for legal representation.

The ICJ added that the implications of the violation of the rights set forth in Article 36, paragraph 1, of the Vienna Convention, for the principles of a fair trial (emphasis ours) should be fully examined and properly addressed during the review and reconsideration process. Obviously, Pakistan cannot take the plea that the principles of fair trial are not relevant in Jadhav's case at this stage, when he stood convicted and sentenced to death, after a trial process, which Pakistan claims as fair, but India claims as sham. The fact that the ICJ has stayed Jadhav's execution is a pointer that the ICJ is in favour of reopening his trial, to ensure effective review and reconsideration of his conviction and sentence.

India may argue that Pakistan, therefore, cannot impose conditions, while granting consular access to Jadhav. Insisting that one of its officials be present in the room during the consular access, or video and audio recording of the meeting of Indian consular officials with Jadhav would, India could argue, militate against India's efforts to provide effective legal representation for Jadhav, because the discussion between a client and a counsel is, by any professional standards, expected to be confidential, and not known to the opposite party, for obvious reasons.

It is clear from the above paragraph, that the ICJ wants Pakistan to take all measures, necessary for the purpose of effective review and reconsideration of Jadhav's sentence. While enacting appropriate legislation is optional, other measures are, therefore, mandatory. As ensuring fair trial is an important facet of "effective review and reconsideration of Jadhav's sentence", his legal representation, to be arranged by Indian consular officials, assumes significance. Therefore, Pakistan, it would appear, has an additional obligation to concede India's plea for "unconditional" consular access, to facilitate Jadhav's effective legal representation.

Pakistan contends that Jadhav, whom it accuses of performing acts of espionage and terrorism on behalf of India, was arrested in Balochistan near the border with Iran after illegally entering Pakistani territory. At the moment of his arrest, Jadhav was in possession of an Indian passport bearing the name of "Hussein Mubarak Patel". India denies these allegations.

On March 25, 2016, Pakistan raised the issue with the High Commissioner of India in Islamabad, and released a video in which Jadhav appears to confess to his involvement in acts of espionage and terrorism in Pakistan at the behest of India's foreign intelligence agency RAW. The circumstances under which the video was recorded are admittedly unknown to the ICJ.

On the same day, by means of a Note Verbale from the High Commission of India in Islamabad to the Ministry of Foreign Affairs of Pakistan, India noted Jadhav's arrest, and requested consular access to him at the earliest. Until October 9, 2017, India sent more than 10 Notes Verbales in which it identified Jadhav as its national and sought consular access to him.

Jadhav was tried under Section 59 of the Pakistan Army Act of 1952 and Section 3 of the Official Secrets Act of 1923. After the trial had begun on September 21, 2016, Jadhav was given an additional period of three weeks in order to facilitate the preparation of his defence, for which "a law qualified field officer" was specifically appointed. All witness statements were allegedly recorded under oath in the presence of Jadhav, who was allowed to put questions to the witnesses. During the trial, a law officer of Pakistan's Judge Advocate General Branch "remained a part of the court".