Contempt Jurisdiction Can't Be Invoked On The Basis Of Impressions Drawn By Litigants About Court Order: SC [Read Judgment] 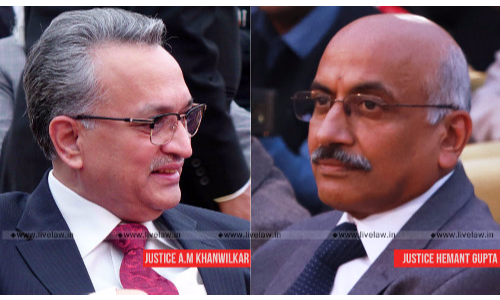 The Supreme Court, while dismissing a contempt petition, observed that contempt jurisdiction cannot be invoked on the basis of impressions about a court order drawn by the litigants, but only when there is willful disobedience to the court orders.

In Badri Vishal Pandey vs. Rajesh Mittal, some former employees of U.P. Jal Nigam had filed a contempt petition against the corporation alleging that they were not reinstated and regularised against the vacant posts, pursuant to order by the Supreme Court in the SLP filed by a few of them.

Perusing the records, the bench comprising Justice AM Khanwilkar and Justice Hemant Gupta said that there is no order to re-engage the workmen who were parties in the Special Leave Petitions and, therefore, in the absence of any specific and categorical direction of reinstatement, cannot claim any right for reinstatement on the basis of the said orders.

"The Order of this Court dated 07.09.2015 is to take workmen on daily wage basis as per office order dated 07.04.2015. The argument that they accepted the order under the impression that the workmen are being reinstated cannot be accepted as the order dated 07.09.2015 has been passed on the basis of the circular dated 07.04.2015 which contemplates that the workmen shall be reinstated as per the seniority list as and when requirement in future arises. The Order of the Court cannot be interpreted on the basis of the impressions which may be drawn by the petitioners, in view of the specific order passed by this Court on 07.09.2015," the court said.

Dismissing their plea, the bench further remarked: "Still further there is no direction in the order passed by this Court to reinstate the petitioners or to place them in minimum or regular pay scale. The contempt jurisdiction cannot be invoked on the basis of impressions, when the order of the Court does not contain any direction for reinstatement or for grant of regular pay scale. The contempt would be made out when there is willful disobedience to the orders of this Court. Since the Order of this Court is not of reinstatement, the petitioners under the garb of the contempt petition cannot seek reinstatement, when nothing was granted by this Court."