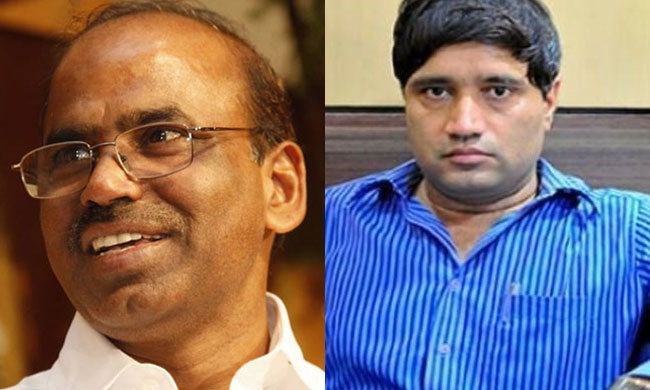 The Uttarakhand High Court had issued a notice to the chairman of the Central Administrative Tribunal to show-cause why contempt proceedings be not initiated against him for disobeying high court orders passed on petitions moved by whistle-blower IFS officer Sanjiv Chaturvedi.

Sanjiv Chaturvedi, an Indian Forest service officer of the Uttarakhand cadre of 2002 Batch, was posted as Deputy Secretary at the All India Institute of Medical Sciences, New Delhi from 29.6.2012 till 28.6.2016. He was also made Central Vigilance Officer of the AIIMS.

Presumably, after he initiated inquiry into corruption charges against one Vineet Chaudhary, IAS, working as Deputy Director (Administration) of the AIIMS, he was targeted. It is said that the said officer against whom Chaturvedi had initiated inquiry had strong political influence, as he worked earlier with Mr. J.P. Nadda, Union Health Minister.

He was graded outstanding throughout his service career except in the financial year 2015-16 where he has been graded 'zero'. Aggrieved with this grading which would have serious implications on his career prospects, he approached the Uttarakhand High Court in 2017. The bench headed by Justice KM Joseph (then CJ of Uttarakhand HC) relegated him to approach the Administrative Tribunal.

He then moved the Central Administrative Tribunal (Circuit bench, Nainital) which granted him interim relief. While the matter was ripe for hearing, the Union of India moved a transfer application seeking transfer of OA to the Principal Bench at Delhi. The CAT Chairman, sitting singly, stayed this order passed by the Division Bench of Central Administrative Tribunal, Circuit Bench at Nainital.

He challenged this stay order before the High Court. The court held that the order passed by the Chairman while sitting singly is wholly without jurisdiction. It also observed that the attitude of the authorities towards him, prima facie, is vindictive. It then directed the Circuit Bench of Central Administrative Tribunal at Nainital to decide the OA within six months.

AIIMS challenged this High Court order before the Supreme Court. Upholding the High Court order, the Supreme Court observed that the Chairman of Central Administrative Tribunal, sitting singly, cannot stay proceedings pending before a larger Bench. It observed that, the Chairman acting judicially is equal to any other Member and is 'one amongst equals'.