Contempt Of Court : Supreme Court Grants One Month Extension To Surrender For Trio To Undergo Sentence 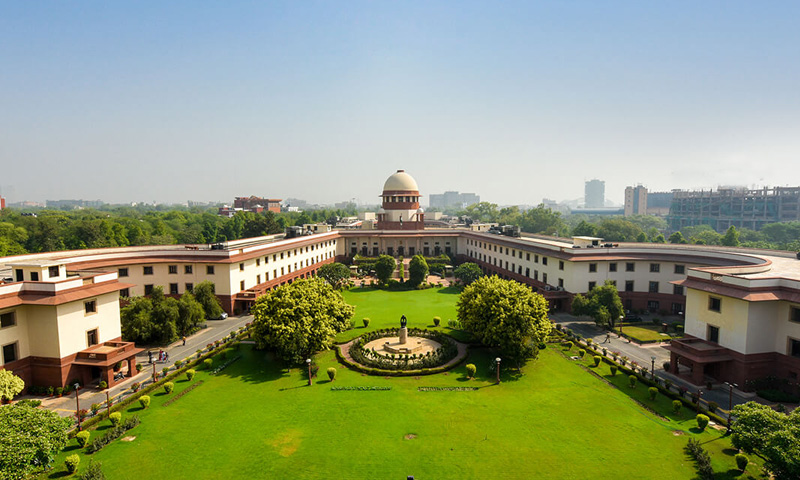 The Supreme Court on Friday granted one month extension for surrender to Vijay Kurle,Nilesh Ojha and Rashid Pathan,the trio convicted for contempt for 'scurrilous& scandalous' allegations against Justices Nariman & Vineet Saran over their order sentencing Advocate Mathews Nedumpara guilty of contempt.The Bench decided to extend the time after considering submissions made by...

The Bench decided to extend the time after considering submissions made by the petitioners that a writ petition filed by Advocate Prashant Bhushan (seeking right to intra Court appeal in Original Criminal Contempt Orders) is pending before the top Court and has not been listed yet.

"Since issue raised in Writ petition 1053 is pending consideration before this court, these writ petitions are directed to be listed before the appropriate Court after taking requisite directions from Hon'ble CJI. Since period granted in terms of order 15/4/2021 an extension of one month is granted subject to conditions." Court said.

The Bench also noted that when Prashant Bhushan's Review petition had come up before a three-judge Bench, his application stating that the review petition be deferred till his writ petition was heard and adjudicated upon by the court, was allowed.

A Division Bench of Justice UU Lalit and Justice Ajay Rastogi has granted the extension subject to following conditions:

• The Amount of fine as per Supreme Court's order dated 4/5/2020 be deposited with Registry in 7 days.

On Thursday, the Bench, while expressing its unwillingness to grant any further extension to the three Contemnors had agreed to hear their individual writ petitions pending before the top Court.

With regards the three petitions and various prayers made therein, the Bench noted that Advocate Tanveer Nizam appearing for Mr Rashid Khan, Advocate Partho Sarkar appearing for Vijay Kurle and Mr Nilesh Ojha appearing in person readily submitted that except for prayers identical made in Prashant Bhushan's writ, rest of the prayers be allowed to be withdrawn.

"We record the statement and prayers shall be read in light of statements made by the Counsels and petitioner in person" the Bench said.

Referring to the allegations made by the contemnors against Senior Advocate Sidharth Luthra, appointed as the Amicus Curiae by the Court, the Bench noted that "The Counsels and petitioner in person have submitted that if at any stage any allegations or averments were made regarding appointment of or submissions made by Mr Luthra as Amicus, the concerned petitioners tender unconditional apology and seek leave to withdraw the statements. The same is recorded."

In April last year, the bench comprising Justices Deepak Gupta and Aniruddha Bose held Vijay Kurle (State President, Maharashtra & Goa, Indian Bar Association), Rashid Khan Pathan (National Secretary, Human Rights Security Council) & Nilesh Ojha (National President, Indian Bar Association) guilty of contempt. On 6th May, the bench sentenced them to to undergo simple imprisonment for a period of 3 months each with a fine of Rs.2000/-. The court had further observed that the sentence shall come into force after 16 weeks from the date of the order i.e. 6th May, 2020, when the contemnors should surrender before the Secretary General of the Court to undergo the punishment. This is why the contemnors filed an application seeking to extend the time for surrendering in view of ongoing pandemic.