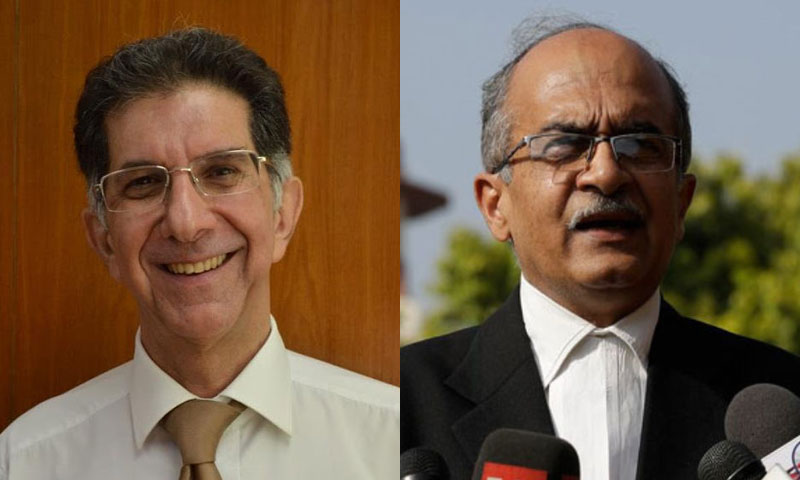 The judgment of the Supreme Court holding Advocate Prashant Bhushan guilty of contempt is an "assault on free speech and expression in the name of upholding the "dignity and majesty" of the Court in the eyes of the public", said noted jurist Navroz H. Seervai, Senior Advocate.

In a statement given to LiveLaw, he said that the verdict appeared to be "a calculated assault on the one segment of civil society which is familiar with what happens in Court, and the conduct of judges in and out of Court, namely members of the legal profession" and that it will have a "chilling effect on free speech".

"The judgment is an assault on free speech and expression in the name of upholding the "dignity and majesty" of the Court in the eyes of the public. The judgment is clearly erroneous, both in its reasoning and its analysis and interpretation of the contempt jurisdiction. However, it does not come as a surprise to those familiar with the judgments of the Supreme Court on contempt, over the years. Leading writers on Constitutional Law have commented on the Supreme Court being selective in deploying this power conferred upon it by the Constitution. The differences in the cases of P. Shiv Shankar, being the Law Minister, and [EMS] Namboodiripad or Arundhati Roy are stark.

Much more worrying is that this judgment appears to be a calculated assault on the one segment of civil society which is familiar with what happens in Court, and the conduct of judges in and out of Court, namely members of the legal profession. It is these members who can speak to the goings-on in the judiciary with a degree of intimacy that others lack. The judgment will have a chilling effect on free speech generally, and that appears to be its intent, but it is also intended to send out a strong message to the legal profession, by making an example of Prashant Bhushan for daring to exercise his fundamental right to freedom of speech.

The tragedy for the country is that this will, in all probability, succeed—both in its intention and effect. The judgment will be cited as precedent by the Court to protect an institution that knows that its conduct and its position lays it open to adverse comment and criticism across the spectrum of civil society, as happened recently in its initial response to the migrant crisis. That is something that the Court clearly cannot tolerate, despite all its protestations to the contrary."