Contents Of Memory Card Will Be 'Document' And Not 'Material Object' : SC [Read Judgment] 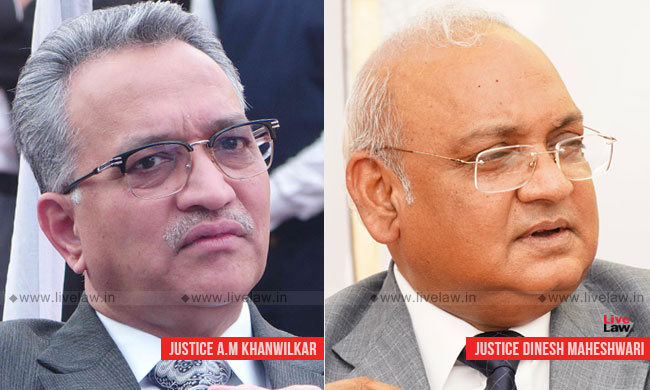 The contents of a memory card in relation to a crime amount to a 'document' and not a 'material object', held the Supreme Court while deciding Kerala actor Dileep's plea for handing over copy of the visuals of the alleged sexual crime committed on a Kerala actress in February 2017.The central issue involved in the case was whether the accused was entitled to the copy of the contents of...

The contents of a memory card in relation to a crime amount to a 'document' and not a 'material object',  held the Supreme Court while deciding Kerala actor Dileep's plea for handing over copy of the visuals of the alleged sexual crime committed on a Kerala actress in February 2017.

The central issue involved in the case was whether the accused was entitled to the copy of the contents of the memory card under Section 207 of the Code of Criminal Procedure.

The SC bench comprising Justices A M Khanwilkar and Dinesh Maheswari overturned the view taken by the High Court of Kerala that the memory card was a material object, and hence it will not come under the ambit of Section 207.

"The basis of classifying article as a "document" depends upon the information which is inscribed and not on where it is inscribed", observed the SC.

"If the prosecution was to rely only on recovery of memory card and not upon its contents, there would be no difficulty in acceding to the argument of the respondent/intervenor that the memory card/pen¬drive is a material object", observed the judgment authored by Justice Khanwilkar.

The judgment referred to Section 3 of the Indian Evidence Act, which includes electronic record in the definition of 'documentary evidence'. Tape records of speeches, and compact discs containing visuals etc., have been held to be "documents" by precedents, the Court noted. Section 2(1)(t) of the Information Technology Act 2000 defined "electronic record" to mean 'data, record or data generated, image or sound stored, received or sent in an electronic form or micro film or computer ­generated micro fiche".

In this backdrop, the Court observed :

"we must hold that the video footage/clipping contained in such memory card/pen-drive being an electronic record as envisaged by Section 2(1)(t) of the 2000 Act, is a "document" and cannot be regarded as a material object".

The judgment also referred to reports of the 42nd and 156th reports of the Law Commission of India, which recommended amendment to Section 29 of Indian Penal Code 1860 (which defines 'document') to specifically include therein any "disc, tape, sound track or other device on or in which any matter is recorded or stored by mechanical, electronic or other means".

Taking note of these, the Court held :

When issues of privacy of victim/witness involved, the Court can allow only inspection by accused

The consequence of holding the contents of memory card a 'document' is that the accused will be entitled to its copy under Section 207 of Code of Criminal Procedure for preparing the defence.

In cases involving issues of privacy and identity of the complainant or witnesses, such as sexual offences, the Court said that a balanced approach needs to be taken. The right to fair trial of the accused and the right to privacy of the victim should be balanced.

"we hold that the contents of the memory card/pen drive being electronic record must be regarded as a document. If the prosecution is relying on the same, ordinarily, the accused must be given a cloned copy thereof to enable him/her to present an effective defence during the trial.

However, in cases involving issues such as of privacy of the complainant/witness or his/her identity, the Court may be justified in providing only inspection thereof to the accused and his/her lawyer or expert for presenting effective defence during the trial. The court may issue suitable directions to balance the interests of both sides".