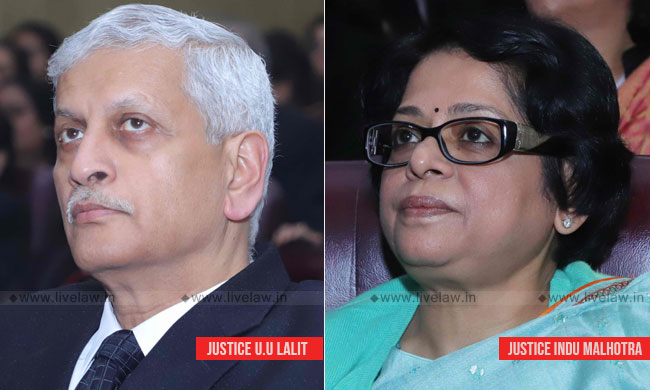 The Supreme Court has observed that contractual employees engaged by a Company, who draw their wages/salary directly or indirectly from the Company, are entitled to the benefit of provident fund under the Employees' Provident Funds and Miscellaneous Provisions Act, 1952.

The Government of India holds 51% shareholding in PAWAN HANS LIMITED and the remaining 49% is held by Oil and Natural Gas Company Ltd. (ONGC). Allowing a writ petition filed by a Trade Union, the High court had held that the benefits under the EPF Act be extended to the members of the Union, and other similarly situated employees. It was held that a liberal view must be taken in extending social security benefits to the contractual employees.

Impugning this judgment of the High Court, the Company contended before the Apex Court that it is excluded from the applicability of the provisions of the EPF Act and the EPF Scheme framed thereunder. While addressing the contention, the bench of Justices Uday Umesh Lalit and Indu Malhotra noted that the following twin test needs to be satisfied for an establishment to seek exemption from the provisions of the EPF Act, 1952.

First, the establishment must be either "belonging to" or "under the control of" the Central or the State Government. The phrase "belonging to" would signify "ownership" of the Government, whereas the phrase "under the control of" would imply superintendence, management or authority to direct, restrict or regulate.2 Second, the employees of such an establishment should be entitled to the benefit of contributory provident fund or old age pension in accordance with any scheme or rule framed by the Central Government or the State Government governing such benefits. If both tests are satisfied, an establishment can claim exemption/exclusion under Section 16(1)(b) of the EPF Act.

The bench held that the Company has failed to make out a case of exclusion from the applicability of the provisions of the EPF Act, since it does not satisfy the second test. It observed that the contractual workers were not getting the benefits of contributory provident fund under the PF Trust Regulations framed by the Company, or under any Scheme or any rule framed by the Central Government or the State Government.

With regard to the contention that contractual employees cannot be given the benefit of EPF Act, the bench said:

As per Section 2(f) of the EPF Act, the definition of an 'employee' is an inclusive definition, and is widely worded to include "any person" engaged either directly or indirectly in connection with the work of an establishment, and is paid wages. In view of the above discussion, we find that the members of the Respondent ­Union and all other similarly situated contractual employees, are entitled to the benefit of provident fund under the PF Trust Regulations or the EPF Act.