Domestic Violence: Court Has To Be Prima Facie Satisfied That There Have Been Instances Of Violence Before Issuing Notice In Complaint: SC [Read Judgment] 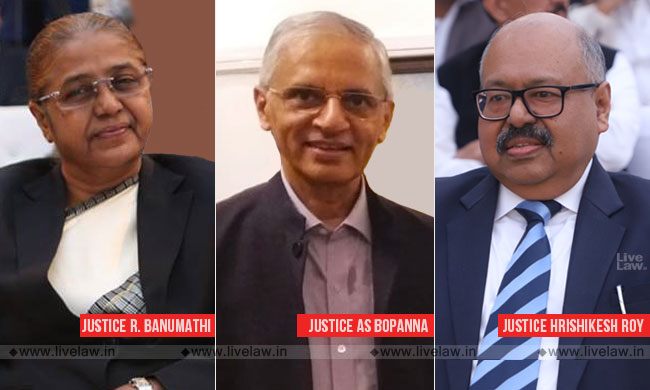 The Supreme Court has observed that, before issuing notice in a complaint alleging Domestic Violence, the court has to be prima facie satisfied that there have been instances of domestic violence.

In this case, a wife had made allegations of domestic violence against fourteen persons, including her husband and his parents. All other respondents are relatives of parents-in-law of the complainant, who are residing in other states.

The bench of Justices R. Banumathi, AS Bopanna and Hrishikesh Roy noted that, insofar as husband and Parents-in-law, there are averments of alleging domestic violence alleging that they have taken away the jewellery of the respondent gifted to her by her father during marriage and the alleged acts of harassment to the respondent. As regards other, the bench said:

"There are no specific allegations as to how other relatives of appellant No.14 have caused the acts of domestic violence. It is also not known as to how other relatives who are residents of Gujarat and Rajasthan can be held responsible for award of monetary relief to the respondent. The High Court was not right in saying that there was prima facie case against the other appellants No.3 to 13. Since there are no specific allegations against appellants No.3 to 13, the criminal case of domestic violence against them cannot be continued and is liable to be quashed."

The bench, referring to provisions of the Domestic Violence Act, observed:

Section 18 of the Domestic Violence Act relates to protection order. In terms of Section 18 of the Act, intention of the legislature is to provide more protection to woman. Section 20 of the Act empowers the court to order for monetary relief to the "aggrieved party". When acts of domestic violence is alleged, before issuing notice, the court has to be prima facie satisfied that there have been instances of domestic violence."

With regard to objection taken with respect to jurisdiction, the bench observed:

"A plain reading of the above provision makes it clear that the petition under the Domestic Violence Act can be filed in a court where the "person aggrieved" permanently or temporarily resides or carries on business or is employed. In the present case, the respondent is residing with her parents within the territorial limits of Metropolitan Magistrate Court, Bengaluru. In view of Section 27(1) (a) of the Act, the Metropolitan Magistrate court, Bengaluru has the jurisdiction to entertain the complaint and take cognizance of the offence. There is no merit in the contention raising objection as to the jurisdiction of the Metropolitan Magistrate Court at Bengaluru."