Courts Can Imply A Term In Contract Only If Literal Interpretation Fails To Give The Result Intended By Parties : SC [Read Judgment] 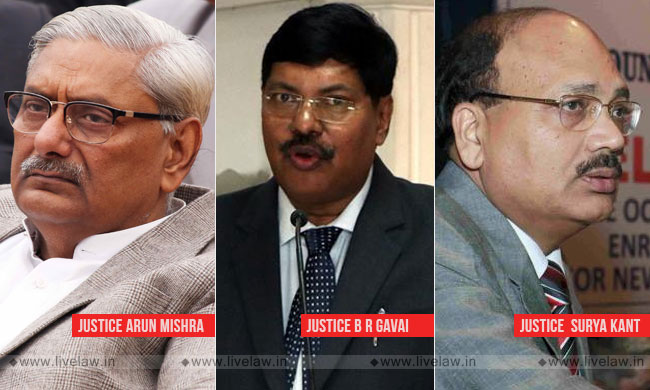 The Court should give effect to "plain, literal and grammatical" meaning of the clauses used in a contract, reiterated the Supreme Court while upholding Adani Power's termination of the Power Purchase Agreement with Gujarat Urja Vikas Ltd(GUVL).The bench of Justices Arun Mishra, B R Gavai and Surya Kant held that the Court can read a term into the agreement on the basis of 'business...

The Court should give effect to "plain, literal and grammatical" meaning of the clauses used in a contract, reiterated the Supreme Court while upholding Adani Power's termination of the Power Purchase Agreement with Gujarat Urja Vikas Ltd(GUVL).

The bench of Justices Arun Mishra, B R Gavai and Surya Kant held that the Court can read a term into the agreement on the basis of 'business efficacy doctrine' only if it is not possible otherwise to give effect to the intention of the parties.

In the case, Adani had terminated the PPA with GUVL on the ground that Gujarat Mineral Development Corporation(GMDC) had failed to supply coal to it. According to Adani, it was the understanding between the parties that supply of power to GUVL was conditional on coal supply by GMDC. Adani also deposited the amount of Rs. 25 crores as liquidated damages.

The doctrine of business efficacy' was explained by the Supreme Court in Nabha Power Ltd. (NPL) vs. Punjab State Power Corporation Ltd. (PSPCL) and Anr

This could be invoked only if by a plain literal interpretation of the term in the agreement or the contract, it is not possible to achieve the result or the consequence intended by the parties acting as prudent businessmen. This test requires that a term can only be implied, if it is necessary to give business efficacy to the contract, to avoid such a failure of  consideration that the parties cannot as reasonable businessmen have intended.

In the instant case, the Court noted that there was no reason to invoke 'business efficacy' test to read into an implied condition which was not present in the express terms of the contract.

"Reading an unexpressed term in an agreement would be justified on the basis that such a term was always and obviously intended by and between the parties thereto. An unexpressed term can be implied if and only if the court finds that the parties must have intended that term to form part of their contract. It is not enough for the court to find that such a term would have been adopted by the parties as reasonable men if it had been suggested to them.

It must have been a term that went without saying, a term necessary to give business efficacy to the contract, a term which, although tacit, forms part of the contract", observed the judgment authored by Justice Gavai.

Applying this principle to the case, the Court observed that the findings of the Tribunal and Commission that termination clause can be invoked only when there is an agreement between the parties that there is violation of any of the conditions specified is totally incorrect.

The Court held that such a reading by the Tribunal and Commission were not warranted by the 'business efficacy test'.

Examining the facts of the case, it was found that the parties were in agreement that power supply will be conditional on coal supply by GMDC.

"after the GMDC resiling from its commitment and refusing to enter into FSA with the appellant, the appellant was justified in invoking Article 3.4.2 of the PPA, in view of non-compliance of Condition No. (ii) in Article 3.1.2 since it had failed to produce the Fuel Supply Agreement", said the Court.

The Court allowed the appeal filed by Adani and held that compensatory tariff be paid to Adani based on the principles of economic justice since Adani would have incurred huge losses.