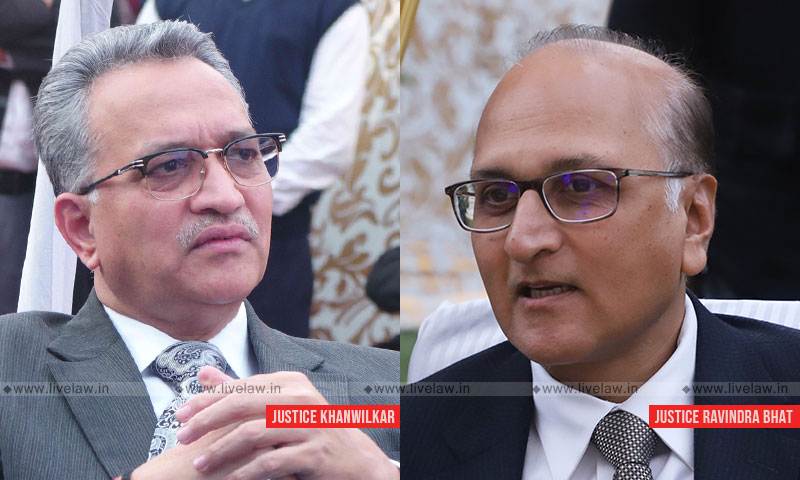 While setting aside the "rakhi-for-bail" order of the Madhya Pradesh High Court, the Supreme Court issued a set of guidelines to be followed by Courts while dealing with sexual crimes."Using rakhi tying as a condition for bail, transforms a molester into a brother, by a judicial mandate. This is wholly unacceptable, and has the effect of diluting and eroding the offence...

While setting aside the "rakhi-for-bail" order of the Madhya Pradesh High Court, the Supreme Court issued a set of guidelines to be followed by Courts while dealing with sexual crimes.

"Using rakhi tying as a condition for bail, transforms a molester into a brother, by a judicial mandate. This is wholly unacceptable, and has the effect of diluting and eroding the offence of sexual harassment. The act perpetrated on the survivor constitutes an offence in law, and is not a minor transgression that can be remedied by way of an apology, rendering community service, tying a rakhi or presenting a gift to the survivor, or even promising to marry her, as the case maybe. The law criminalizes outraging the modesty of a woman", observed the judgment delivered by a bench comprising Justices S Ravindra Bhat and AM Khanwilkar.

The Court held that the "use of reasoning/language which diminishes the offence and tends to trivialize the survivor, is  to be avoided under all circumstances".

The judgment illustrated certain conduct and actions as irrelevant for adjudication - to say that the survivor had in the past consented to such or similar acts or that she behaved promiscuously, or by her acts or clothing, provoked the alleged action of the accused, that she behaved in a manner unbecoming of chaste or "Indian" women, or that she had called upon the situation by her behavior, etc.

The Court stated that such attitudes should "never enter judicial verdicts or orders" or be "considered relevant while making a judicial decision". They cannot be reasons for granting bail or other such reliefs.

Imposing conditions that implicitly tend to condone or diminish the harm caused by the accused and have the effect of potentially exposing the survivor to secondary trauma, such as mandating mediation processes in non-compoundable offences, mandating as part of bail conditions, community service (in a manner of speaking with the so-called reformative approach towards the perpetrator of sexual offence) or requiring tendering of apology once or repeatedly, or in any manner getting or being in touch with the survivor, is especially forbidden.

"The law does not permit or countenance such conduct, where the survivor can potentially be traumatized many times over or be led into some kind of non-voluntary acceptance, or be compelled by the circumstances to accept and condone behavior what is a serious offence", the judgment authored by Justice Ravindra Bhat said.

Greatest extent of sensitivity is to be displayed in the judicial approach,language and reasoning adopted by the judge. Even a solitary instance of such order or utterance in court, reflects adversely on the entire judicial system of the country,undermining the guarantee to fair justice to all, and especially to victims of sexual violence.

The Court issued the following guidelines.

(b)Where circumstances exist for the court to believe that there might be a potential threat of harassment of the victim, or upon apprehension expressed, after calling for reports from the police, the nature of protection shall be separately considered and appropriate order made, in addition to a direction to the accused not to make any contact with the victim;

(c) In all cases where bail is granted, the complainant should immediately be informed that the accused has been granted bail and copy of the bail order made over to him/her within two days;

(d)Bail conditions and orders should avoid reflecting stereotypical or patriarchal notions about women and their place in society, and must strictly be in accordance with the requirements of the Cr. PC. In other words, discussion about the dress,behavior, or past "conduct" or "morals" of the prosecutrix, should not enter the verdict granting bail;

(e)The courts while adjudicating cases involving gender related crimes, should not suggest or entertain any notions (or encourage any steps) towards compromises between the prosecutrix and the accused to get married, suggest or mandate mediation between the accused and the survivor, or any form of compromise as it is beyond their powers and jurisdiction;

(f)Sensitivity should be displayed at all times by judges, who should ensure that there is no traumatization of the prosecutrix, during the proceedings, or anything said during the arguments, and

(g) Judges especially should not use any words, spoken or written, that would undermine or shake the confidence of the survivor in the fairness or impartiality of the court.

Courts should avoid gender stereotypes such as examples given below

Further, courts should desist from expressing any stereotype opinion, in words spoken during proceedings, or in the course of a judicial order, to the effect that

(ii) women are incapable of or cannot take decisions on their own;

(iii) men are the "head" of the household and should take all the decisions relating to family;

(iv) women should be submissive and obedient according to our culture;

(vi)motherhood is the duty and role of every woman, and assumptions to the effect that she wants to be a mother;

(vii) women should be the ones in charge of their children,their upbringing and care;

(viii) being alone at night or wearing certain clothes make women responsible for being attacked;

(ix) a woman consuming alcohol, smoking,etc. may justify unwelcome advances by men or "has asked for it";

(x) women are emotional and often overreact or dramatize events, hence it is necessary to corroborate their testimony;

(xi) testimonial evidence provided by women who are sexually active may be suspected when assessing "consent" in sexual offence cases;and

(xii) lack of evidence of physical harm in sexual offence case leads to an inference of consent by the woman.

Judges be trained on gender sensitization

The court mandated that a module on gender sensitization be included, as part of the foundational training of every judge. This module must aim at imparting techniques for judges to be more sensitive in hearing and deciding cases of sexual assault, and eliminating entrenched social bias, especially misogyny. The module should also emphasize the prominent role that judges are expected to play in society, as role models and thought leaders, in promoting equality and ensuring fairness, safety and security to all women who allege the perpetration of sexual offences against them. Equally, the use of language and appropriate words and phrases should be emphasized as part of this training.

The National Judicial Academy was requested to devise, speedily, the necessary inputs which have to be made part of the training of young judges, as well as form part of judges' continuing education with respect to gender sensitization, with adequate awareness programs regarding stereotyping and unconscious biases that cancreep into judicial reasoning.

The Bar Council of India (BCI) should also consult subject experts and circulate a paper for discussion with law faculties and colleges/universities in regard to courses that should be taught at the undergraduate level, in the LL.Bprogram. The BCI shall also require topics on sexual offences and gender sensitization to be mandatorily included in the syllabus for the All India Bar Examination.

The Court passed the directions in a petition filed by Advocate Aparna Bhat and few other SC lawyers seeking guidelines to prevent the courts trivializing sexual offences. The Court took into account the suggestions made by the Attorney General for India while passing the directives.

The impugned order was passed by Justice Rohit Arya of Madhya Pradesh High Court, who released a man, apprehended for outraging the modesty of a woman, on bail provided that he visits the house of the complainant and requests her to tie the Rakhi band to him "with the promise to protect her to the best of his ability for all times to come.

Title : Aparna Bhat and others v State of Madhya Pradesh and others