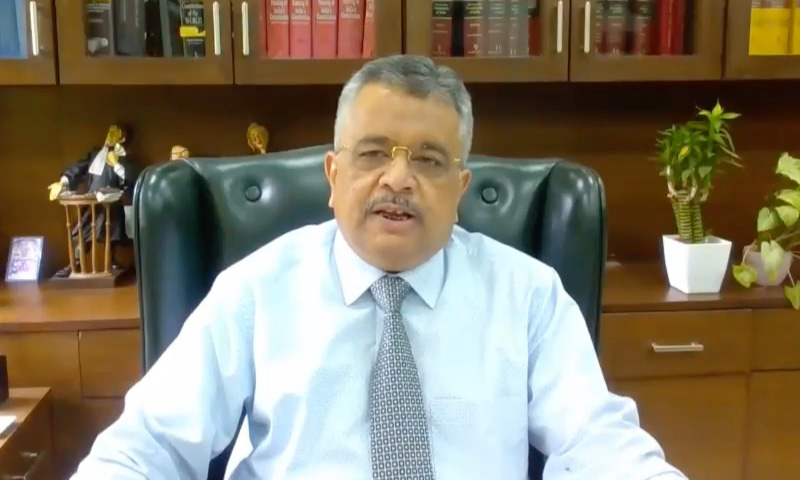 The criticism of judiciary over its way of functioning during the lockdown is "unwarranted", said Tushar Mehta, Solicitor General for India on Sunday.

"We have critics who criticise everything. One of the unwarranted criticisms is against the judiciary", he said.

"From the day of lockdown, the Courts in the country have not shut even for a day. The Supreme Court has worked on a daily basis. Judges of the court, who are above 60 years, have not taken a day off. With all precautions that could be taken and which could not be taken , each and every day, our system of dispensation of justice was accessible to each and every citizen and was dealing with petitions which could have been avoided. Many petitions were such that the judges could have imposed costs but they refrained from doing, considering the circumstances", he added.

The SG added, "to criticize the judicial system would be showing not only deliberate indifference but would be exhibiting our ignorance about what is happening in the country".

"I don't think there would be any democracy as large as India, where judiciary has functioned on daily basis giving access to justice to every citizen, right from trial court to supreme court", he said.

The Solicitor General was speaking during a virtual interaction with former and current Additional Solicitors General of India at the Supreme Court hosted by the Adhivakta Parishad on the topic "law officers on their experience during COVID times".

He opined that the virtual courts cannot be a substitute for real courts.

"Nothing virtual can substitute real...But there can be a system where we can replace the original system of physical hearing without completely dispensing with the virtual hearing", he said.

He also added that virtual courts create an amazing opportunity at those members of the bar located at remote areas of the country to present cases before the Supreme Court.

The geographical barrier is no longer in existence, he said.

'Young lawyers who could not move to Delhi for professional or personal reasons habe been able to achieve their dream of appearing in the Supreme Court from wherever they are located", he said.

Justifying the measures taken by the Government to handle COVID-19, he said :

"You will not be able to pinpoint one particular area that the Government did not touch upon and pre-warn those who were supposed to manage the situation. On all aspects, the Government has guidelines in place. But for the responsive and responsible leadership of our Honourable Prime Minister, I don't think we could have passed through this international crisis with the minimal damage, which was unavoidable".

Acknowledging that the COVID-19 situation has created financial difficulties for advocates, the Solicitor General urged that we should not hope and said that the phase will pass.