Welfare Schemes Should Cover Children Orphaned During COVID & Not Just Who Became Orphans Due To COVID : Supreme Court 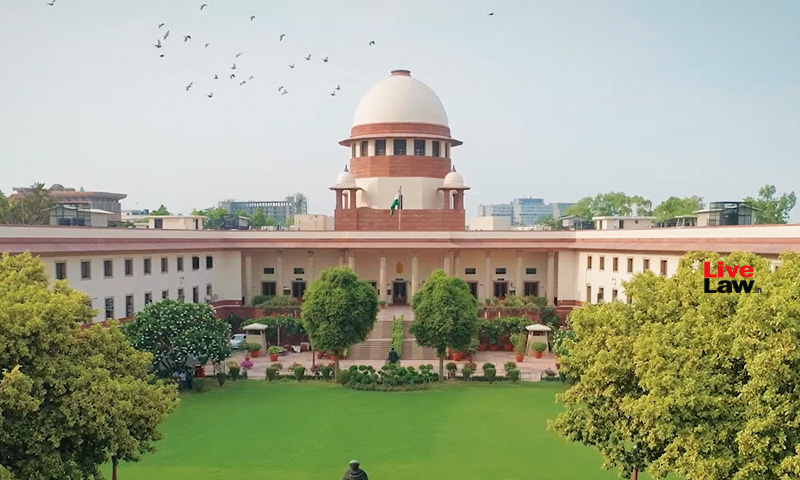 x
The Court clarified that its orders are not confined to children who lost parents due to COVID and is dealing with all those who became orphans during COVID.

The Supreme Court on Tuesday made an oral observation that the the welfare schemes for orphans, such as the one announced under the Prime Minister's Citizen Assistance and Relief in Emergency Situations Fund(PM CARES Fund), should cover all children who became orphans during COVID-19, and not just those who got orphaned due to COVID.The counsel representing the Centre informed the Court that...

The Supreme Court on Tuesday made an oral observation that the the welfare schemes for orphans, such as the one announced under the Prime Minister's Citizen Assistance and Relief in Emergency Situations Fund(PM CARES Fund), should cover all children who became orphans during COVID-19, and not just those who got orphaned due to COVID.

The counsel representing the Centre informed the Court that the PM CARES scheme covers children who have lost both parents, or the lone surviving parent or the legal guardian or the adoptive parent.

However, a bench comprising Justices L Nageswara Rao and Aniruddha Bose observed that the scheme, which contemplates a corpus of Rs 10 lakhs for orphans by the time they turn 23 years,  is covering only children who became orphans  on account of losing parents during the COVID period. The bench pointed out its suo motu case is dealing with children who became orphans after the onset of COVID-19 pandemic in March 2020.

"The order that we passed covers all children who became orphans during this period and not just due to deaths due to COVID", Justice Nagaeswara Rao said.

"This needs to be clarified by Union, because we are looking for information on the scheme. Here, this 10 lakh support announced may only be for children whose parents died due to Covid. But I think it should also apply to other orphans from this period", Justice Rao added.

Later during the hearing, Additional Solicitor General Aishwarya Bhati told the bench that the welfare scheme under the PM CARES Funds, in its present form, is for children who became orphans due to COVID.

The bench said that it was not asking to extend the scheme under the PM CARES to all orphans but was highlighting the need to protect all orphans who became so during the pandemic.

"What we are thinking is to take care of all children who have been orphaned whether Covid or not Covid. We cannot restrict the orders passed to only orphans who lost both parents to Covid 19", Justice Rao said.

"We are not asking you to extend this(PM CARES scheme) but we can't restrict our orders to children who became orphans due to Covid....there are other schemes also and under that they have to be taken care of", Justice Rao said.

"We are not on PM Cares fund today. You can take instructions but we are clarifying we are not asking you to extend. The other schemes you have, please see those are implemented immediately", Justice Rao clarified.

The bench also pointed out that India is a signatory to the Convention on the Rights of Child and therefore the State has an obligation to take care of orphans.

The Central Government counsel agreed to get clarification on this point by taking instructions from the concerned authorities.

The bench also underscored the need to ensure that the schemes announced reach the real beneficiaries and not just remain on paper.

"We have seen a lot of schemes on paper, we have to see these schemes become a reality and reaches these orphans", Justice Rao said.