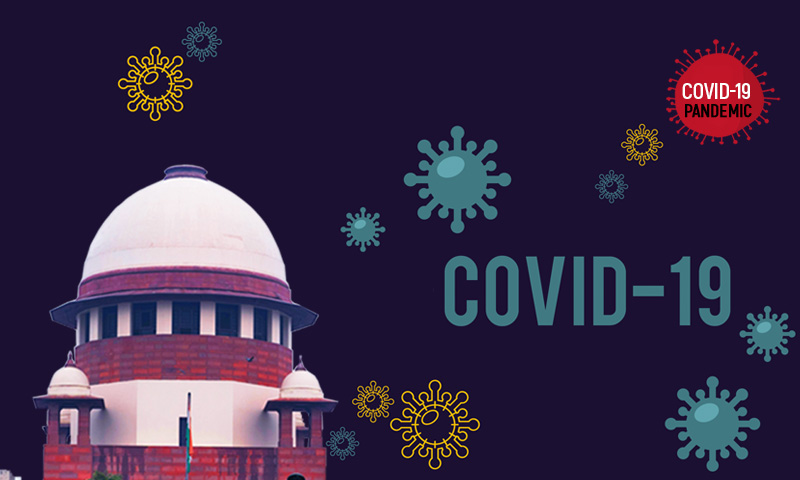 Amid the steady rise of COVID-19 cases in India, especially in the National Capital, Section 1B of the Supreme Court Registry was closed off on Tuesday.

Sources suggest that it will continue to remain inaccessible for the next couple of days.

While it is being stated that the move to cordon off this section is in keeping with the routine sanitization process of the Court, officials from the Registry told LiveLaw that the same had to be done because 2 members tested positive for COVID-19.

Sources suggested that this was not the first time a Supreme Court staffer has tested positive for the infection. Over the last two months, a couple of such instances have come to the fore, where the concerned employee was sent back to quarantine themselves at home. The source also stated that a number of employees had come in contact with those who tested positive, but assured that appropriate safety measures had been taken after contact tracing.

Another Supreme Court Staff member told LiveLaw that whenever an employee has been in contact with someone who tested positive, they have been sent back for a period of 14 days' home quarantine. He also mentioned that other sections/floors of Supreme Court have been cordoned off in the last few months, in some cases even for 10-12 days.

Playing down rumours of the premises being 'sealed off', an official said that the entire Supreme Court cannot be fumigated in one go, therefore certain sections are temporarily isolated to ensure proper sanitization. They did, however, confirm that Section 1B would not be accessible for 2-3 days, implying that physical filing would not take place during this time.

While there has been a push for physical hearings to resume soon, the recent upsurge in COVID-19 cases in Delhi makes it very unlikely that the requests of advocates and lawyer bodies including SCBA and SCAORA will be acceded to anytime soon.

While hearing a matter via virtual conferencing today, Justice RF Nariman also noted that the COVID situation was getting worse by the day, and not improving.