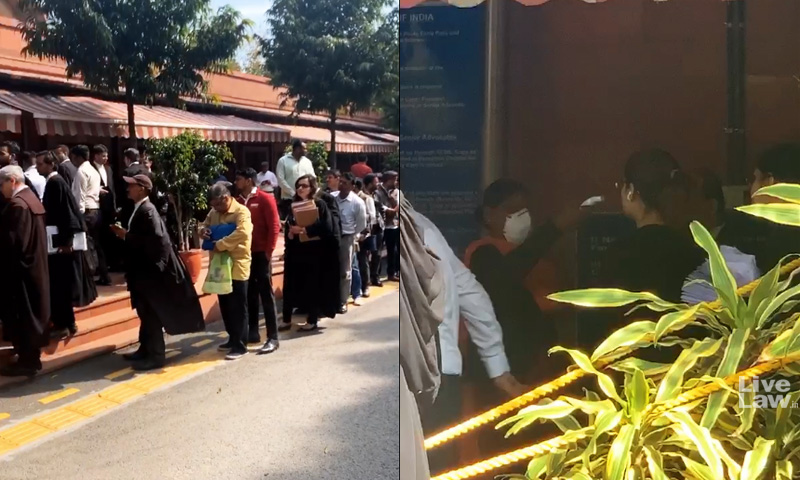 Amidst the Coronavirus scare and directions issued by the SCBA and SCAORA in pursuance of the advisory circulated by the Health Ministry, the Supreme Court has installed thermal-screening, hand sanitiser stations and has employed limited functioning of the Court.

On Sunday evening, an urgent meeting was called by Chief Justice of India S.A. Bobde to discuss the functioning of the Courts in wake of the pandemic. The meeting was attended by prominent doctors in the country as well.

On Monday morning, long queues were seen at the entry gate due to the process of thermal screening; persons with high body temperature were denied entry. All entrants were required to sign a declaration regarding their overseas travel, whether they had any signs of a cold or cough and whether they had been in contact with any infected persons.

Merely 6 out of 15 Benches of the Supreme Court sat and number of matters were limited to 12 in each courtroom. In order to avoid overcrowding and possible health hazards, a half an hour break took place after six matters so as to allow for fumigation of the courtrooms.

Posters and boards on Do's and Don'ts to prevent contraction and spread of the COVID-19 have been plastered inside as well as outside the premises.

A poster outside Court No.2

Despite restricted entry of lawyers, litigants and media personnel, the corridors of the Apex Court were crowded as many were not allowed entry into the courtrooms.