Covid-19: 'Forget Common Man, Even If I Were To Ask For A Bed, It Would Not Be Available Right Now': Justice Vipin Sanghi Of Delhi High Court 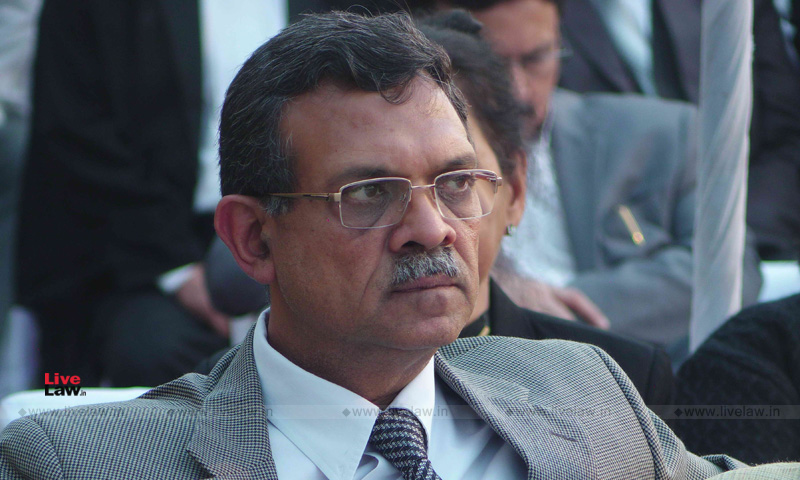 The Delhi High Court today expressed concern over the acute shortage of hospital beds for treating critical Covid-19 patients in the capital city. "Forget common man on the street, even if I were to ask for a bed, it would not be available right now," Justice Vipin Sanghi remarked today looking at the shortage of beds at Covid-19 hospitals in Delhi. He insisted that immediate needs...

The Delhi High Court today expressed concern over the acute shortage of hospital beds for treating critical Covid-19 patients in the capital city.

"Forget common man on the street, even if I were to ask for a bed, it would not be available right now," Justice Vipin Sanghi remarked today looking at the shortage of beds at Covid-19 hospitals in Delhi.

He insisted that immediate needs of the people should be met. "We hope and expect that Centre will look into the requirements of COVID beds and work to enhance availability," the Bench also comprising of Justice Rekha Palli said.

The Bench is hearing an urgent petition filed by Saroj Super Specialty Hospital, Rohini citing shortage of Oxygen supply. The hearing is underway.

Apart from making several recommendations on procurement, transport and distribution of Oxygen to various hospitals, the Bench also asked the Centre to ramp up bed availability at hospitals.

During the hearing, Senior Advocate Rahul Mehra, appearing for the Delhi Government told the Court that even though the Central Government claims to have increased the number of beds at centrally controlled Covid hospitals but, at the ground level they haven't been handed over to the State.

He submitted that the increased number does not reflect on the App.

"So how will people know, which beds are available and where? ICU beds, normal beds, no information there. The problem is, no matter who you are, you're not getting a bed," he added.

Additional Secretary (Health) Arti Ahuja on the other hand clarified that all the beds are present and reflecting on the Delhi app and there is no handing over process.

"Our contribution includes the ESIC hospitals and Railway coaches, 4159 beds given to Delhi Govt excluding 300 beds in base hospital. We are tying up with corporates, PSUs to give CSR funds for makeshift hospitals as well," she added.

However, Mehra expressed reservations at this facility and said that these are merely 'isolation beds', not medically equipped hospital beds.

"These are isolation centres not hospital beds. This way every house has a bed. The specific order was for beds with and without ventilators and oxygen. Isolation beds are not hospital beds," he said.

On earlier hearings, the Division Bench had called upon the Government to restrict steel production if need be and divert all industrially produced Oxygen towards medical use.

Also Read: 'If Tatas Can Divert Their Oxygen, Why Can't Others? This Is Height Of Greed' : Delhi High Court Wants Industries To Supply Oxygen For COVID Emergency

In this backdrop, Additional Secretary (Steel) Rasika Chaube appeared before the Bench today and informed that production can't be fully stopped for technical reasons.

He explained to the Court that liquid Oxygen is an associate product and in case production is halted, then they will not be able to dispense liquid Oxygen.

He insisted that the steel sector is extending all the help it can and since September 2020, the industry has supplied more than 1,00,000 MT of Oxygen for medical use.

"There is about 16,000 MT in the storage tanks of all steel plants, that has been made available already. We are ready to dip into the safety stock also, which is nearly 20,000 MT," he added.

During the hearing, a suggestion was made Centrally coordinate procurement of Liquid Oxygen by the Central Government and its need-basis transportation to various states via the Railway Network.

[It may be noted that airlifting of Oxygen supplies has technical difficulties, as pointed out by Justice Sanghi earlier during the hearing.]

At this juncture, Additional Secretary (Railways) Manoj Singh appeared before the Bench and informed that ODC (Over-dimensioned consignment) charges have been waived off and dedicated trains are being run for the purpose.

"You could also ensure that these trains are prioritized for movement, they don't have to stop," the Division Bench suggested.

Also Read: Ensure No Obstruction In Transport Of Oxygen To Delhi: Delhi HC To Centre, Warns Of Criminal Action Against Erring Authorities

SG Mehta, appearing for the Centre told the Court that transporting Liquid Oxygen will be a challenge. However, the Union has chalked out a plan for it.

"Transport is a challenge, we had already submitted. The govt has set up channels as much as possible."

At this juncture, the Railways representative made it clear that the Department does not have cryogenic containers and the same will have to be arranged by each State itself.

"We direct GNCTD to look into this aspect. In case cryogenic containers are not available with producers, they may take steps," the Bench accordingly directed.

[Earlier today, the Tata Group had announced that it is importing 24 cryogenic containers through special chartered flights to meet the current oxygen crisis in the country.]

The Bench reiterated its observations against wastage of vaccines in India and suggested registration of eligible intending persons, so vaccines don't go to waste.

On an earlier occasion also, Justice Sanghi had suggested that the people should be provided information regarding availability of vaccine near them, to both make the process more convenient and ensure that the resources do not go to waste.

"When you're registered on the app, you get updates in a geo-sensitive manner about which centre you have to go to as well. There are hospitals and centres where you can just walk in.

Now people are able to register for the vaccination on the app, initially there were problems. If they know which centre they have to go to, they can immediately go, the vaccination is not wasted," he had opined.

"A corpus set up under the Building Act has nearly Rs. 3k crimes corpus. The DDMA passed an order after the High Court's order directing for food kitchen to be run.

However, the Bench preferred that the matter be restricted to medical assistance only and not into other issues.

Thereafter, on an apprehension expressed by Advocate Trehan that the entire corpus maintained under the Building Act may be wiped out, the Bench observed,

"For those who are already registered you should definitely provide medical assistance and those who produce RT-PCR you should give out Rs. 4,000-5,000.

We had directed that the ex-gratia amount of Rs.5,000 should be also paid to those whose registrations were pending approval at the time that the relief was announced."