COVID-19 : SC Asks Centre To Consider Suggestions Made By Petitioners For Welfare Of Indians Stranded In Gulf Nations 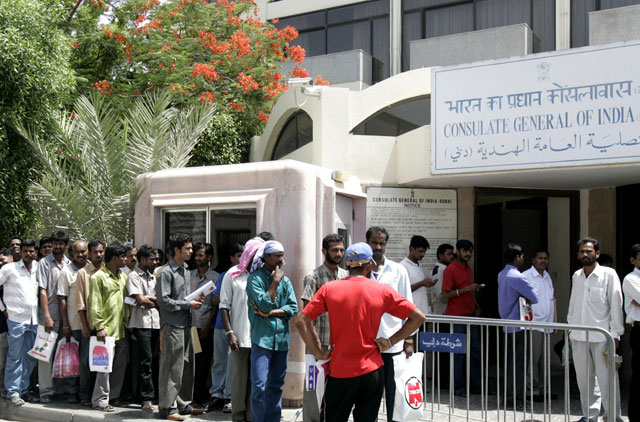 While considering two writ petitions filed for the repatriation of Indians stranded in Gulf nations amid COVID-19, the Supreme Court on Monday asked the Central Government to consider the suggestions made by the petitioners for the welfare of Indians in those countries.A bench comprising CJI SA Bobde, Justices Mohan Shantanagoudar and L Nageswara Rao directed the Centre to treat the...

While considering two writ petitions filed for the repatriation of Indians stranded in Gulf nations amid COVID-19, the Supreme Court on Monday asked the Central Government to consider the suggestions made by the petitioners for the welfare of Indians in those countries.

The cases have been listed after four weeks.

About 8 million Indian immigrants are estimated to be present in GCC countries.

Out of these, the petitioners seek the evacuation of those persons whose visas have expired in the meantime, and also those belonging to vulnerable categories owing to ill-health, unemployment etc.

M K Raghavan, in the petition filed through Advocate A. Karthik, made the following suggestions.

A. Establishment of a specialised team in the Embassy in each of the GCC Nations and in India, solely dedicated to redress the concerns raised by the Indians in these nations, with traceable contact numbers and e-mail addresses in order to ensure timely assistance.

B. Determination of the total number of citizens who are stranded & facing difficulties in GCC Nations and who are wanting to return to India. Assistance of various  organizations/individuals who are willing to offer their services may be availed for the same.

D. Financial assistance from the Union of India to ensure smooth repatriation for majority of those citizens, since most of them are engaged in blue collar jobs with daily/manual wages and would thus, not be in a financial position to fund their travel back home;

E. Government initiatives to bring back desirous Indians stranded in GCC Nations may be ensured either through airways or waterways wherever possible;

F. Lifting of ban on international flights and grant of specific approval for these special flights as there are many among the stranded population, who are desirous of returning to India at their own cost & expense, be it through commercial flight or through a chartered flight that maybe arranged by some operators;

G. Ensuring timely decision-making with regard to grant of permission for airlines willing to assist the Government in ensuring the return of Indians stranded in GCC Nations and;

H. Deputation of a medical team to GCC Nations to ensure adequate medical assistance is provided to those who are infected by COVID-19 with due regard to the laws and regulations of such nations.

In addition to the above, the Congress legislator made the following proposals for the safety of those Indians upon return, as also to ensure the safety of others around them.

A. Corona Rapid Test facility at all international airport checkpoints and other verification measures to ascertain whether or not the arriving passengers are carriers;

B. Mandatory quarantining of such individuals who eventually return, as per the relevant protocols to ensure that they don't hamper the efforts taken by India;

C. Since it is the summer vacation, colleges and schools in the vicinity of the respective airports be converted into temporary quarantine centres for the people returning from abroad, in order to curtail the spread of COVID-19 to the local population and;

D. Provision of 'pay-and-use quarantine facility' to accommodate those who are desirous of availing the same at their own cost & expense who can afford the same. Said option can be opted by the passenger during the time of booking their ticket.

In addition, the organization sought arrangement for free medical consultation and counselling of the migrant labourers through online/ videoconferencing facility with the doctors in India.

It also prayed for a scheme to ensure financial support for the families of the migrant labourers rendered jobless due to COVID19.