COVID-19 : SC Takes Stock Of Progress Made By States In Protection Of Children In Child Care Institutions 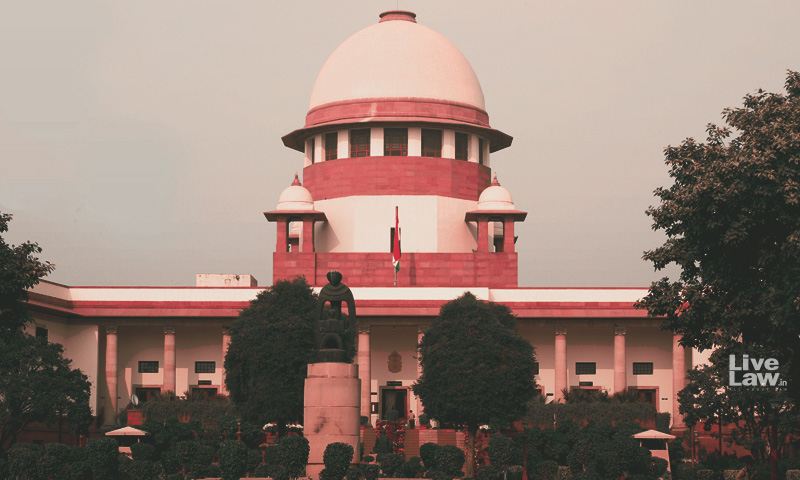 Last week, the Supreme Court took stock of the steps taken by states across the country in terms of protection of children housed in shelter homes and child care institutions in wake of the Coronavirus outbreak situation.The bench also took note of the steps taken by various state governments towards ensuring welfare of children in conflict with law who have been released due to the...

Last week, the Supreme Court took stock of the steps taken by states across the country in terms of protection of children housed in shelter homes and child care institutions in wake of the Coronavirus outbreak situation.

The bench also took note of the steps taken by various state governments towards ensuring welfare of children in conflict with law who have been released due to the Coronavirus situation.

Agarwal also pointed out suggestions for each state so as to amp up their measures towards welfare of children and also inadequacies which were apparent, in his view from the Status reports filed.

Further, Agarwal stated that he had prepared a list of suggestions for State to effectuate Education of children in CCI's, Contact with children released from CCI's, Review of Children in CCI's, Need for institutionalisation as well as Covid related aspects which included sanitisation, screening, need for quarantine of children.

The bench sought response from the aforementioned various state government counsel on issues of imparting education to children in CCI's and observation homes through online media, stipend to families of children who had been released/ students who had been sent back to their families as well as measures taken in terms of a follow up on the children in conflict with law who had been restored in light of the Juvenile Justice Act.

Bench was apprised of the status of Children in Andhra Pradesh. 24611 children were restored to their parents/guardians our of 27,243 who were in CCI's prior to lockdown.

The Court directed the State of AP to furnish requisite information pertaining to follow up action taken after the release of children to their parents/guardians in two weeks and concerned authorities shall devise a mechanism to contact the children, enquire about their living conditions and render the necessary assistance to them as required under law in two weeks.

873 children in conflict with law have been restored to their parents/guardians during lock down. The matter will now be taken up for further consideration on July 21. In respect of the educational needs for children in CCIs, the State of Bihar was directed to introduce online classes by providing the necessary infrastructure in the Child Care Institutions. An affidavit relating to the compliance of providing online classes for the children of Child Care Institutions was directed to be furnished Court within a period of two weeks.

The information relating to arrangements made to meet the educational needs of children in Child Care Institutions (CCIs) was directed to be provided by the State (NCT of Delhi), within a period of two weeks. The follow up action taken by the State (NCT of Delhi) regarding the children who have been restored to their parents/guardians from CCIs was also directed to be furnished.

Details pertaining to the steps taken towards follow up action by State regarding children who have been restored to their parents/guardians as well as online education which is being provided in the CCI's along with compliance of earlier guidelines was directed to be furnished within two weeks.

The Court stated that after hearing the rest of the States, it shall pass a common order with directions.

On the last date, Top Court had directed the states of Uttar Pradesh, Bihar, Uttarakhand and Tripura to file their respective Affidavits By Friday in its suo motu case pertaining to the condition of children in protection, juvenile and foster or kinship homes amid the Coronavirus outbreak. Court had also directed the State of Uttar Pradesh to file an additional reply pertaining to the issue of apprehensions of COVID cases at Shelter homes in Kanpur, UP.

On June 11, Top Court had taken note of 35 children testing positive for Coronavirus in a government-run shelter home in Royapurum, Chennai and sought a status report from the State Government of Tamil Nadu and Secretary regarding reasons for spread of the contagion and steps taken to control its further spread.

The bench had also sought status report from different state governments on steps taken to protect children in shelter homes from the deadly Novel Coronavirus and also compliance of its April 3 order.

In light of this, the Court also noted that it shall circulate a questionnaire which is to be communicated to the State Governments which Juvenile Justices Committees of States shall supply, providing requisite information sought for in the questionnaire before June 30, 2020.

On April 2, the Supreme Court had taken Suo Motu Cognisance on the conditions of children protection homes across the country in the wake of COVID-19 pandemic.