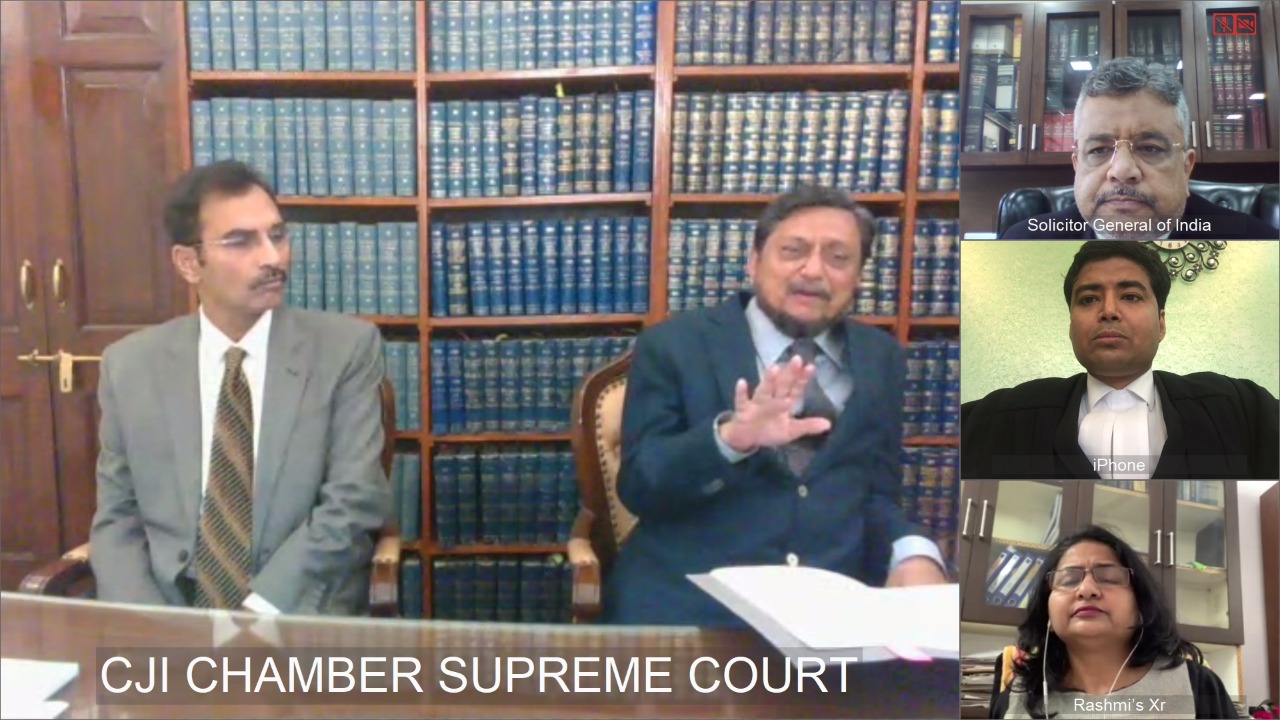 The Supreme Court on Monday directed the Centre to file a reply on steps taken regarding the plight of migrant workers during the nationwide lockdown.

A Bench comprising Chief Justice SA Bobde and Justice L Nageswara Rao conducted a hearing of PIL's seeking the Court's intervention in view of the massive exodus of migrant workers from cities to their villages as they have been left in dire straits without access to basic necessities amid the coronavirus lockdown. While allowing the center to file reply, the matter has been fixed for the next hearing Tomorrow at Noon.

The hearing was conducted video conferencing. Advocate Alok Srivastava apprised the court from his home along with Solicitor General Tushar Mehta & Judges from their residential offices.

Srivastava contended that there was lack of coordination and co-operation between concerned authorities in managing the crisis.

Solicitor General Tushar Mehta sought some time to file a reply in this regard.

However, CJI Bobde stated that the Government had already been taking steps and he'd prefer to allow them to file a status report in this regard.

The court also sought Centre's response on the please filed by Advocate Rashmi Bansal  and Anuj Gupta on the issue of migrant workers.

"This mass exodus of migrant workers from cities in several states to their villages raising concerns that the COVID-19 outbreak could turn into a humanitarian crisis and can lead to the burst at the villages" – the petition averred.

The petition filed by Rashmi Bansal and Anuj Gupta also sought a direction to take measures to ensure that migrant workers are sanitized of traces of COVID-19 virus, if any, before they enter their respective villages.

CJI says the Solicitor General should be provided time to file status report.
Petitioner: There could be counsellors to counsel these people who are trying to run away due to panic.#lockdown #Covid_19india

The petitioner had further urged that in a crisis situation like this, Fundamental Rights of migrant workers under Article 14 and 21 were being violated, because of which immediate action was required.

Prime Minister Narendra Modi on Tuesday announced a 21-day lockdown to contain the coronavirus spread. Reports claiming widespread exodus of migrant workers from cities in search of basic necessities have been consistently coming to light.