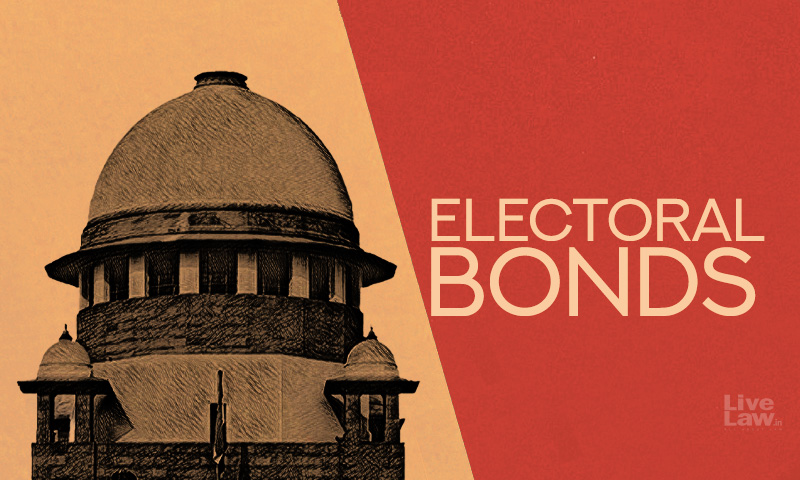 The Communist Party of India (Marxist) has filed an application seeking early hearing of the writ petition filed by it in 2018 challenging the legality and constitutionality of the anonymous Electoral Bonds Scheme.The application filed through Advocate Shadan Farasat states that the case deals with the "very essence of a fundamental democracy" and impacts voters' right to know the source...

The Communist Party of India (Marxist) has filed an application seeking early hearing of the writ petition filed by it in 2018 challenging the legality and constitutionality of the anonymous Electoral Bonds Scheme.

The application filed through Advocate Shadan Farasat states that the case deals with the "very essence of a fundamental democracy" and impacts voters' right to know the source of political funding.

Pointing out that the Supreme Court has large number of working days from July 2021 onwards, the applicant seeks final hearing of the case in July or August 2021, especially so when there are no elections imminent soon.

The NGO 'Association for Democratic Reforms' is the other petitioner which has challenged the Electoral Bonds Scheme.

In March this year, the Supreme Court had refused to stay the sale of Electoral Bonds ahead of the assembly polls in Kerala, West Bengal, Assam, Tamil Nadu and Puducherry. A bench led by the then Chief Justice of India observed that since the bonds were released without any impediment in the earlier cycles of elections and certain safeguards are introduced by the Court in its order passed in April 2019, there was no need to stay the scheme.

"...in the light of the fact that the Scheme was introduced on 2.1.2018; that the bonds are released at periodical intervals in January, April, July and October of every year; that they had been so released in the years 2018, 2019 and 2020 without any impediment; and that certain safeguards have already been provided by this Court in its interim order dated 12.4.2019,we do not see any justification for the grant of stay at this stage.Hence both the applications for stay are dismissed", the Court said in the order.