Cryptocurrencies Capable Of Performing Most Functions Of Real Money Though Not Legal Tender : SC [Read Judgment] 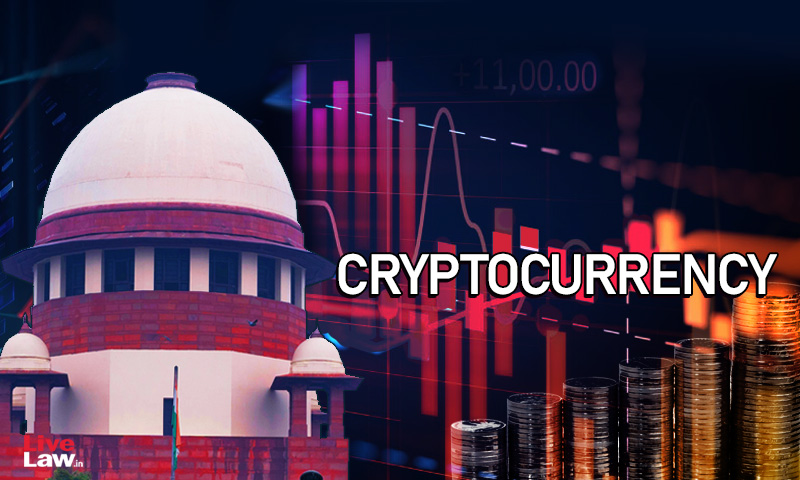 In the judgment quashing the Reserve Bank of India's ban on providing banking services to cryptocurrency dealers, the Supreme Court rejected the argument that Virtual Currencies(VCs) were just goods/commodities which cannot be regarded as real money.This argument was raised by the petitioners to state that virtual currencies fell outside the regulatory framework of Reserve Bank of India.It...

In the judgment quashing the Reserve Bank of India's ban on providing banking services to cryptocurrency dealers, the Supreme Court rejected the argument that Virtual Currencies(VCs) were just goods/commodities which cannot be regarded as real money.

This argument was raised by the petitioners to state that virtual currencies fell outside the regulatory framework of Reserve Bank of India.

It was submitted by Ashim Sood, counsel for petitioners, that virtual currencies are not legal tender but tradable commodities/digital goods, not falling within the regulatory framework of the RBI Act, 1934 or the Banking Regulation Act, 1949. On the same premise, it was also argued that they do not fall within the definition of the expression "payment system" under Section 2(1)(i) of the Payment and Settlement Systems Act, 2007.

RBI  also took a stand that VCs are not recognized as legal tender; but it justified the impugned decisions on the ground that VCs are capable of being used as a medium of exchange.

In this backdrop, the Court attempted to unravel the real identity of virtual currencies.

After examining the definitions used by various international bodies such as International Monetary Fund, Financial Action Task Force, European Central Bank and also several foreign countries, the SC observed that "there is unanimity of opinion among all the regulators and the governments of various countries that though virtual currencies have not acquired the status of a legal tender, they nevertheless constitute digital representations of value and that they are capable of functioning as (i) a medium of exchange and/or (ii) a unit of account and/or (iii) a store of value"(Page 85).

The Court observed that traditionally 'money' has always been defined in terms of the 3 functions or services that it provides namely (1) a medium of exchange (2) a unit of account and (3) a store of value. But in course of time, a fourth function namely that of being a "final discharge of debt or standard of deferred payment" was also added.

It was argued by Senior Advocate Nakul Dewan for some of the parties that so long as VCs do not qualify as money either in the legal sense (not having a legal tender status) or in the social sense (not being  widely accepted by a huge population as a medium of exchange), they cannot be treated as currencies within the meaning of any of the statutory enactments from which RBI draws its power.

Not accepting this submission, the Court observed :

"we do not think that RBI's role and power can come into play only if something has actually acquired the status of a legal tender. We do not also think that for RBI to invoke its power, something should have all the four characteristics or functions of money."(page 88)

"It is clear from the above that the governments and money market regulators throughout the world have come to terms with the reality that virtual currencies are capable of being used as real money, but all of them have gone into the denial mode (like the proverbial cat closing its eyes and thinking that there is complete darkness) by claiming that VCs do not have the status of a legal tender, as they are not backed by a central authority"(page 87).

Virtual currencies capable of performing most functions of real currency

The Court added that though virtual currencies were not recognized as legal tender, they were capable of performing most functions of real currency.

"But what an article of merchandise is capable of functioning as, is different from how it is recognized in law to be. It is as much true that VCs are not recognized as legal tender, as it is true that they are capable of performing some or most of the functions of real currency."

"various courts in different jurisdictions have identified virtual currencies to belong to different categories ranging from property to commodity to non-traditional currency to payment instrument to money to fund", the Court observed (Pg 107).

The Court further added that nothing prevented RBI from adopting a short circuit by notifying VCs under the category of "other similar instruments" indicated in the definition of "currency" in Section 2(h) of FEMA, 1999,

"After all, promissory notes, cheques, bills of exchange etc. are also not exactly currencies but operate as valid discharge (or the creation) of a debt only between 2 persons or peer-to-peer. Therefore, it is not possible to accept the contention of the petitioners that VCs are just goods/commodities and can never be regarded as real money" (Page 107)

From this, the Court stated that "there is no escape from the conclusion that the users and traders of virtual currencies carry on an activity that falls squarely within the purview of the Reserve Bank of India".

"The statutory obligation that RBI has, as a central bank, (i) to operate the currency and credit system, (ii) to regulate the financial system and (iii) to ensure the payment system of the country to be on track, would compel them naturally to address all issues that are perceived as potential risks to the monetary, currency, payment, credit and financial systems of the country. If an intangible property can act under certain circumstances as money (even without faking a currency) then RBI can definitely take note of it and deal with it." (Page 108)

Anything that may pose a threat to or have an impact on the financial system of the country, can be regulated or prohibited by RBI, despite the said activity not forming part of the credit system or payment system, the Court said (Page 110).

While the Court thus acknowledged the power of RBI to regulate cryptocurrencies, it quashed the circular banning banking services to crypto businesses on the ground of "proportionality".

"the measure taken by RBI should pass the test of proportionality, since the impugned Circular has almost wiped the VC exchanges out of the industrial map of the country, thereby infringing Article 19(1)(g)", the Court said.