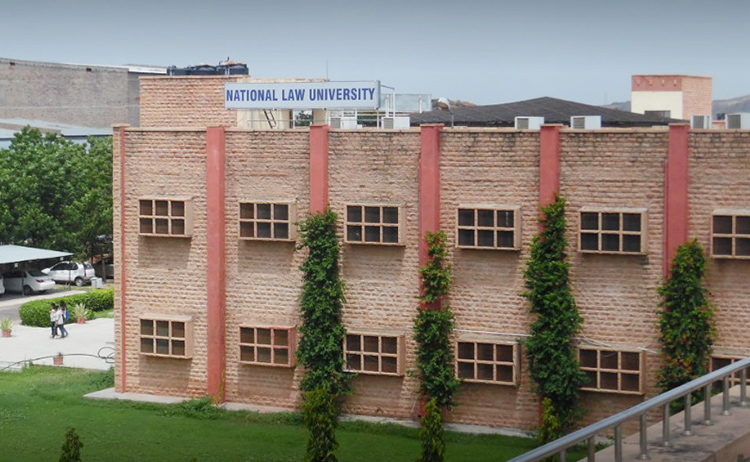 The Supreme Court on Wednesday directed for a de novo investigation to be carried out in a plea seeking for a transfer of investigation from the State police to the Central Bureau of Investigation (CBI) into the mysterious death of Vikrant Nagaich, a 3rd-year student at National Law University, Jodhpur, in August 2017.

A Bench comprising of Justices RF Nariman, Navin Sinha and Indira Banerjee further set aside the closure report filed by the Rajasthan Police in the investigation.

On 8th September, the Bench had reserved its orders in the matter and had also pulled up the State of Rajasthan for closing the case by filing a closure report.

On 8th July, the Apex Court had directed Rajasthan Police to complete the investigation into the death of Nagaich within a period of 2 months. In the hearing before that, it had been observed by the Bench that they would first hear the State Police in order to ascertain why no progress had been made into the investigation over a period of 3 years since Nagaich's death.

Nagaich had been found dead on 14th August, 2017, under unnatural circumstances near the railway tracks opposite the University, after going out with his friends for dinner the night before. The plea contends that the University had been reluctant to inform the parents of the deceased, up until a group of friends of the deceased forced them to do so. Further, apparently statements were made to the media, which depicted that the deceased had committed suicide as he was suffering from depression.

Advocate Sunil Fernandes had appeared in the matter and the plea was filed on behalf of Naigaich's mother by Advocate-on-Record Astha Sharma.

Also Read : 'Deceased Was Not Assaulted At Railway Tracks But Elsewhere' : SC On Mysterious Death Of NLU-Jodhpur Student

The plea contended that the Petitioner was aggrieved by the manner of investigation conducted by the State Police in the case of the unfortunate and untimely demise of her only son and that this tardy investigation "leads to an inescapable and reasonable apprehension that the lackadaisical and negligent investigation and prosecution of the instant FIR is a result of probable collusion to shield some high, mighty and influential person(s)".

The plea further averred that not only did the State Investigation Agencies fail to register an FIR for a period of 10 months post the incident, it was ultimately only done in a reluctant manner after the untiring efforts of the victim's parents.

It had also been alleged in the plea that despite the lapse of 3 years, no chargesheet had been filed and "the investigation is at a stand-still, with no effort made to apprehend the offenders". The approach towards the investigation was lax and relevant possible witnesses had not been examined on the basis of flimsy grounds. There had also been selective processing of the statements of witnesses, which implied prejudice and malafide intent in a bid to protect local villagers.

The Investigating Agency had further failed to investigate and analyse the phone records of the deceased. Neither Facebook or Google had been approached, nor had any data been retrieved from the deceased's phone to trace the movement in order to ascertain the events of the fateful night. PayTM transaction from the mobile of deceased had also not been done.

"…without any progress on the investigation despite almost three years to it in August this year both the Local police and CB-CID, have failed to investigate the matter in a diligent manner and the investigation so far has led to no result on account of the continuous acts of omissions and commissions, which is not only dereliction of duty, but reeks of malafide.".

In light of the above, the Petitioner sought for the transfer of the pending investigation from the Crime Investigation Department, Crime Branch – Jaipur to CBI.