Death Penalty- "We Need To Acknowledge The Person We Are Dealing With At least At The Stage Of Sentencing": Orissa HC Chief Justice Muralidhar 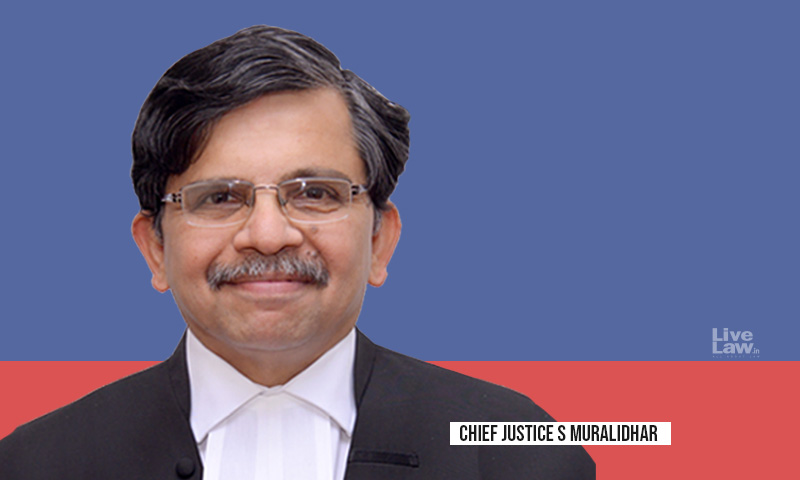 "One aspect of this report is to give us another narrative on the person who has been convicted of a crime is.""This report points out that you need to acknowledge the person you are dealing with at least at the stage of sentencing that person to death."Orissa High Court Chief Justice Justice Muralidhar made the above remarks at a panel discussion organized to mark the release of Project...

"One aspect of this report is to give us another narrative on the person who has been convicted of a crime is.""This report points out that you need to acknowledge the person you are dealing with at least at the stage of sentencing that person to death."

Orissa High Court Chief Justice Justice Muralidhar made the above remarks at a panel discussion organized to mark the release of Project 39A's report on Mental Health and Death Penalty called 'Deathworthy: A mental health perspective of the death penalty.' The report presents empirical data on the existence of psychiatric illnesses and intellectual disability among death row prisoners the psychological consequences of living on death row. The report finds that an overwhelming majority of death row prisoners interviewed (62.2%) had a mental illness and 11% had an intellectual disability. The report documents instances of adverse childhood experiences- childhood abuse, physical assault, childhood neglect, the sudden death of close one, deviant peers, disturbed family environment, low educational attainment in their life.

Pointing out the report's finding that at least 62.2% of the death row convicts have been diagnosed with a mental illness, Ms Maitreyi Misra, the lead author of the report, pointed out: "These individuals are already entering the prisons as already vulnerable individuals…being on the death row adds an additional layer of trauma." She further pointed out that the findings of 'Deathworthy' raise questions over the ability of the legal system of to accurately hold people worthy of the death penalty given the findings on mental disability of death row prisoners. The objective of the report, she explained, was to have a conversation over the question of whether we want to inflict pain in the garb of justice.

Dr Pratima Murthy, Director NIMHANS, referred to the evidence of pre-existing intellectual disability, child abuse, lack of parental care and support, and socio-economic adversity among the death row prisoners and offered her insights that "multiple and long-term exposures to negative events can increase the risk to psychiatric illness and have an effect on subsequent behaviour." Professor Murthy pointed out that the Deathworthy report underscored the need not only for the judiciary but also for society to approach these issues with more nuance.

Talking about the effect of incarceration on mental health, Professor Sanjeev Jain, Senior Professor, Deptt of Psychiatry, NIMHANS, pointed out the debilitating impact that having to spend a lifetime on death row can have on the mental health of convicts.

"When mercy petitions are left pending for years along with forced to live a life of social isolation produces long term damage to the brain leading to high rates of mental distress, anxiety and suicidal tendencies. This is kind of unnecessary mental cruelty": he shared.

Justice S. Muralidhar, Chief Justice of the Orissa High Court, spoke about the need to look at the accused as an individual and the complexity of the exercise of death sentencing. Recalling a lecture delivered by Justice Albie Sachs in 1998 where he talked about the four kinds of truths- logical, experiential, dialogic and microscopic- Justice Muralidhar explained that microscopic truth is what judges arrive at through the process of a trial.

"A trial will exclude things that are not relevant, what evidence is admissible…don't allow witnesses to answer except yes and no to many close-ended questions. Many of the things which would otherwise become essential for appreciating what happened somehow gets excluded in the process of law because we are strict about the law of evidence, Criminal Procedure Code and how you interpret the law."

This, tendency of the law to keep out things that are considered irrelevant deprive the judges of the perspective of the accused, he opined.

He further expressed that the Deathworthy report has a Rashomon like effect in providing a fresh perspective to the issue.

"When a same event is looked at from four different angles, you get four different narratives. One aspect of this report is to give us another narrative on the person who has been convicted of a crime is."
"This report points out that you need to acknowledge the person you are dealing with at least at the stage of sentencing that person to death."

Within the framework of the law as it exists, he explained that the death penalty sentencing framework provided an opportunity for the judge to undertake a searching enquiry into an individual's life and look at them as an individual in their own right without comparing them to multitude others on which there is no real information.

Elaborating further, Justice Muralidhar explained that there the criminal law jurisprudence accommodates the concern that we need to get to know the criminal or the accused than just the nature of the crime committed via the triumvirate structure of the crime test, the criminal test and the rarest of the rare test. "The Apex Court has, starting with Bachan Singh and a host of other judgements, developed a complex set of factors that need to be considered by the court while at the stage of awarding death sentence", he explained.

He also pointed out the longstanding dialogue that has existed between law and psychiatry from the passing of the Lunacy Act to the Sheela Barse Case. He expressed his belief that this dialogue needs to be carried forward.

Drawing attention to the recent order of the Supreme Court in Manoj Jain v State of Madhya Pradesh where a 3 judge bench called for psychiatric evaluation of the prisoners on death row, Justice Muralidhar hoped that there would be more such exercises in the future.

Speaking a judge, he shared that it has been his experience that the death sentencing exercise is a complex exercise for a judge to undertake.

"It's a very difficult task for the judge to perform. I think we need input from the field of psychiatry…we need to have a 360 degree understanding of the victim, the accused, the victim's family perspective."

However, he pointed out that sentencing rightly should be a complex exercise because the sentences are irreversible in nature.