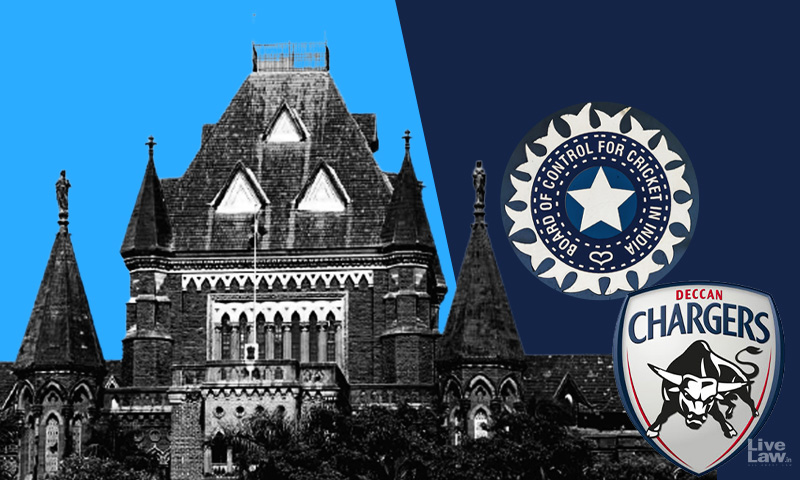 x
A bench of Justice Gautam Patel set aside the award which directed BCCI to pay over Rs 4800 crores to DCHL over termination of IPL contract of Deccan Chargers.

Deccan Chronicle Holdings Ltd (DCHL), owners of the IPL franchisee from Deccan Chargers - was rewarded despite being in unquestionable breach of its contractual obligations towards the Board of Cricket Control of India (BCCI), the Bombay High Court said while setting aside the Rs 4814 crore arbitral award to DCHL. A single bench of Justice Gautam Patel passed the order on...

Subscription starts from
₹ 599+GST
(For 6 Months)
View Plans
Premium account gives you:
Subscribe Now
Already a subscriber?
Login
Deccan Chronicle Holdings Ltd (DCHL), owners of the IPL franchisee from Deccan Chargers - was rewarded despite being in unquestionable breach of its contractual obligations towards the Board of Cricket Control of India (BCCI), the Bombay High Court said while setting aside the Rs 4814 crore arbitral award to DCHL.

A single bench of Justice Gautam Patel passed the order on BCCI's appeal under Section 34 of the Arbitration and Conciliation Act against the sole arbitrator, retired Supreme Court Judge C K Thakker's July 17, 2020 decision. Justice Thakker had held that BCCI illegally terminated its contract with DCHL, owners of the Hyderabad franchisee, in 2012.

Summarising his 176 page order, Justice Patel said there were three main defaults by DCHL of their contractual obligation - failing to pay players and numerous others, creating charges on assets (mortgaging assets to different banks), and insolvency proceedings against the company.

While the first two were defaults were curable, the last default could invite immediate termination. Justice Patel noted that none of the defaults were addressed satisfactorily by DCH in the present case, still, the arbitral award was passed in their favour.

"The award proceeded in places without reasons, in others by ignoring evidence, in yet others by wandering far afield from the contract, and in taking views that were not even possible."

He added that in doing so, the arbitrator "brushed aside objections about insufficient pleadings." and granted reliefs that were not even sought.

"Effectively, it rewarded the party(DCHL) in unquestionable breach of its contractual obligations."

"The Award proceeded in places without reasons, in others by ignoring evidence, in yet others by wandering far afield from the contract, and in taking views that were not even possible. In doing so, it brushed aside objections about insufficient pleadings. It granted reliefs not even prayed for, and took views that were not possible, i.e. that no reasonable person could have done. Effectively, it rewarded the party in unquestionable breach of its contractual obligations. That is inconceivable and not even a possible view"

Justice Patel, however, upheld the arbitral award to the limited extent of Rs 34.07 crores with interest payble by BCCI to DCHL as per the contract.

The sole arbitrator held that BCCI had invidiously discriminated against DCHL, especially in comparison with other franchisees and their owners. BCCI took no action against other franchisees, despite their criminal acts, yet proceeded to terminate their contract with DCHL.

The court found substance in BCCI's claims that there was no pleading to this effect at all by DCHL in its Statement of Claim before the arbitrator.

"An insufficient pleading is fundamental [flaw]. It goes to the root: it is the basis of our system of jurisprudence, which demands that the opponent must know the case to be met. Nothing stopped DCHL from applying for an amendment. If it had indeed come upon or been given additional information at a late stage, then, at a minimum, it had to set out its case in pleadings relating to that information so that BCCI could address it," the court held.

One of DCHL main contentions was that BCCI should have given them 30 days to cure whatever default before terminating their contract. However, in the present case, BCCI issued a notice on August 16, 2012, and then terminated the agreement a day before the 30-day window could end.

Justice Patel found substance BCCI's contentions that it was not bound to give any show-cause notice in the first place, especially since the third breach of insolvency could invite immediate termination as per the contract.

DCHL claimed that there was no winding-up order against them as the issue with IFCI's had been successfully 'compromised.' The sole arbitrator, therefore, held that the event of 'insolvency' was no more in 'existence' when BCCI terminated the contract on September 14, 2012.

Disagreeing with this argument, Justice Patel said that the arbitrator completely ignored the settlement agreement between the parties in the winding-up proceedings between IFCI and DCHL, where DCHL has undertaken to make payments in four instalments a single default could revive the issue. Moreover, the winding-up petition was neither disposed of nor dismissed by September 14 2012 and was merely kept in abeyance.

"The finding that the Insolvency Event was no more in existence and did not remain is not even a possible view," the bench held.

The arbitrator observed there were no charges on DCHL around the time of BCCI's termination of their contract and accepted DCHL's claims that (i) all charges existed before the Franchise Agreement and (ii) were on the newspaper division. DCHL published Deccan Chronicle and Asian Age Newspapers.

The Court held that if it was DCHL's case that all charges and claims by various banks had been withdrawn or cleared, then it was for DCHL to establish this. "Given the number of bank claims, there could be no presumption of any kind about this."

"The Award does not even note an attempt by DCHL to establish this. Pointing to a general letter making a wide claim is insufficient"…

The Award does not indicate any documents or evidence considered to lead to any such conclusion, the court further held.

In 2012 DCHL was declared a successful bidder for the Deccan Chargers franchise from Hyderabad, and they entered into a contract with BCCI for ten years. But in August 2012, BCCI issued a notice for termination, subsequently terminating the contract.

Justice (Retd) Thakker passed the award in favour of DHCL July, last year and asked BCCI to pay DCHL a total compensation of Rs 4,814.67 crores, 10% interest from 2012, in addition to costs.

The BCCI subsequently challenged the award before the Bombay HC, which was decided in the present petition.