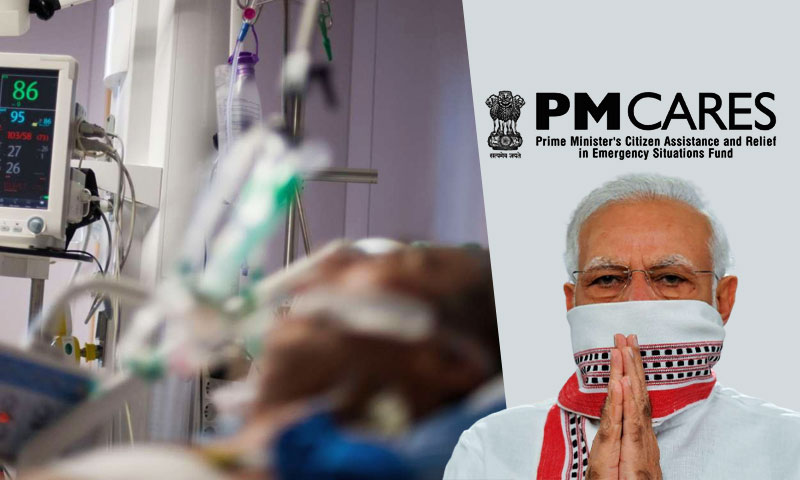 The Bombay High Court's Aurangabad bench on Tuesday took serious note of at least 113 defective ventilators of the 150 ventilators provided to the Marathwada region through the PM Cares Fund, and directed the Union of India to state the remedial measures it plans to take regarding the same. Aghast at learning that a "patient becoming hypoxic" was cited as one reason behind the...

The Bombay High Court's Aurangabad bench on Tuesday took serious note of at least 113 defective ventilators of the 150 ventilators provided to the Marathwada region through the PM Cares Fund, and directed the Union of India to state the remedial measures it plans to take regarding the same.

Aghast at learning that a "patient becoming hypoxic" was cited as one reason behind the Government Medical College and Hospital (GMCH) rejecting the ventilators from PM Cares, the bench orally asked the Chief Public Prosecutor if the ventilators can be returned. The hospital did not unbox the remaining 37 ventilators after 113 were found defective.

A division bench of Justices Ravindra Ghuge and Justice DU Bedabwar was hearing its suo motu criminal PIL on covid-19 management in the Marathwada region of Maharashtra.

"This is a very serious issue. Why don't you send it back? We appreciate Central Ministry gave it to you, but if it's likely to be a health risk or health hazard to a patient, you can't use it. It's better that you write to the Government and send it back.

The court also asked the Union and State to inform it about the action it plans to take against the company JYOTI CNC, which has manufactured these ventilators.

"The company should not get away with this. It's the state ex-chequers money; it's not bounty to be distributed," Justice Ravindra Ghuge said.

"Call upon ASGI to state as to what action would the UOI initiate on this count. He submits that he would take instruction. We would be taking up this issue on May 28, 2021, and we expect the ASGI to be prepared to address this issue and the remedial steps to be taken." The bench said while dictating the order.

Based on a 55-page compilation by the Chief Public Prosecutor DR Kale for the State, the bench noted that the Dean Government Medical College received 150 ventilators through the PM Cares Fund. The GMCH used 17 ventilators, 41 were given to five private hospitals on the condition that they would not take ventilator charges from patients, and 55 ventilators were distributed to other districts.

The bench noted in its order that the medical college found, "Each of them would impact the treatment process of the patients. To appear to be extremely serious flaws pertaining to low inlet O2 pressure display and patient becoming hypoxic when on the ventilator. The last reason could be life-threatening."

The bench said that GMCH's dean was justified in not unboxing the remaining ventilators.

"We find a serious aspect before us as regards the flawless functioning of the ventilators. Except for the 37 ventilators, which are yet to be unboxed, 113 Ventilator are found to be defective. As such, the Dean of GMCH justifies her decision to not unbox the remaining 37 ventilators as all the 113 ventilators that have been put to use suffered from malfunctioning."

During the hearing, Amicus Curiae SS Bora pointed out newspapers reports of some people's representatives having jumped into the issue of the non-functional ventilators supplied through the PM cares fund. And some visiting hospitals and medical colleges to find out whether the ventilators Are functioning or not.

The bench frowned at such behaviour by people's representatives, asking them to refrain from speaking about matters in which they don't any expertise.

"Two respectable deans of medical colleges are saying they are not functional, let us not pretend we know more than them. And if they wish to, ask some of the MPs to put them in their own hospitals and check them," justice Ghuge noted orally.

The bench later said while dictating its order,

"We express our displeasure at such indulgence by the People's representatives, this is likely to be more bothersome to the medical faculty than render assistance. Contrary statements are being issued by the politicians, which be find to be distasteful as some politicians have visited the hospitals, posing as if they have the knowledge and expertise to recommend correctional methods. Some have declared all the ventilators are in good working condition, and some have stated that as the ventilators were lying idle, they have become dysfunctional.

Photographs have been published by these newspapers which indicate that a local MLA having no connection with the medical faculty is inspecting the ventilators's in the GMCH. We would appreciate if a political colour is not attached to this aspect since the ventilators are believed to be live-saving instruments, and slightest of non-functioning, can put the life of the patient at risk."