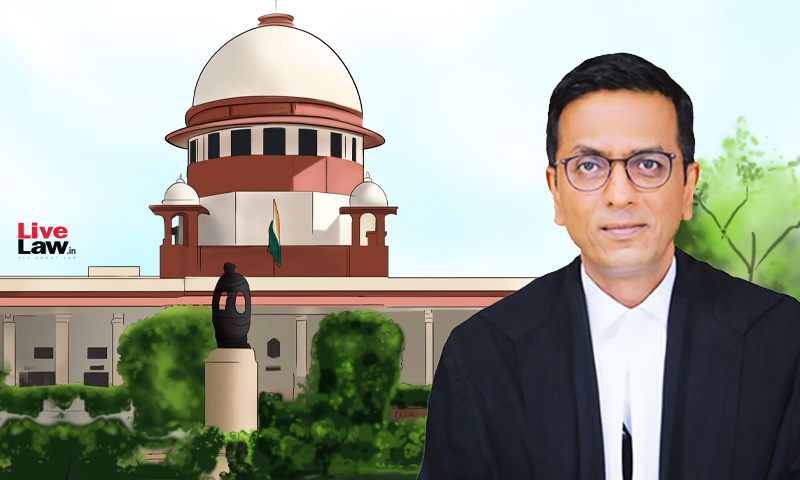 The Chief Justice Of India, NV Ramana today said that he has constituted a bench led by Justice DY Chandrachud to decide upon the questions pertaining to the legal dispute between the Delhi Government and the Central Government regarding the control over administrative services in the national capital.

A 3-judge bench of the Supreme Court had in May 2022, referred the matter to the Constitution Bench. Now, today, when an oral mention was made by Advocate Shadan Farasat, CJI said that he has already constituted the bench.

The issue in the case is - whether the Govt of NCT of Delhi has legislative and executive powers in relation to 'services' under Schedule VII, List II, Entry 41 of the Constitution of India and whether the officers of the various 'services' such as IAS, IPS, DANICS, and DANIPS who have been allocated to Delhi by the Union of India, come under the administrative control of the Govt. of NCT of Delhi.

In February 2019, two Judges of the Supreme Court had expressed divergent views, pursuant to which, the matter was directed to be placed before a 3-Judge bench for resolution.

Further, in May 2022, a 3-judge bench of the Supreme Court led by Chief Justice Ramana ordered that the issue be referred to a Constitution Bench in terms of Article 145(3) of the Constitution.

It was indicated in the 3 judge bench order that for the purpose of concluding the hearing, the matter would be listed prior to the vacations on two consecutive days. However, since the hearing could not take place, today an oral mention of the matter was made.

Advocate Farasat (appearing for the Govt of NCT of Delhi) requested the Court that the appropriate Constitution Bench in terms of Article 145(3) be set up forthwith, within the month of August for expeditious hearing and adjudication of the matter.

To this, CJI Ramana Said that he has already constituted the bench to decide on the issue pertaining to the legal dispute between the Delhi Government and the Central Government regarding the control over administrative services in the national capital.

The instant writ petition filed by the Delhi Government last year challenging the GNCTD(Amendment) Act 2021 was also listed along with the main case (the 2017 case which was referred to a larger bench by a 2-judge bench in 2019).

While reserving its orders, the Bench had observed that it will consider the submissions made by Solicitor General Tushar Mehta appearing for Union of India, and Senior Advocate AM Singhvi appearing for Delhi Government, and take a call. The Bench had opined that in case a Constitution bench is constituted, it would want the hearing to conclude by 15th May.

The Union of India submitted that referral to a Constitution Bench is necessary for a holistic interpretation of Article 239AA which is central to the determination of issues involved.

Solicitor General of India Tushar Mehta appearing for Union of India had submitted that on a bare reading of the 2017 order making reference to the Constitution Bench, it can be gathered that the terms of reference required all aspects of Article 239AA to be interpreted. The SG said that the 2018 judgment however did not address all issues relating to Article 239AA.