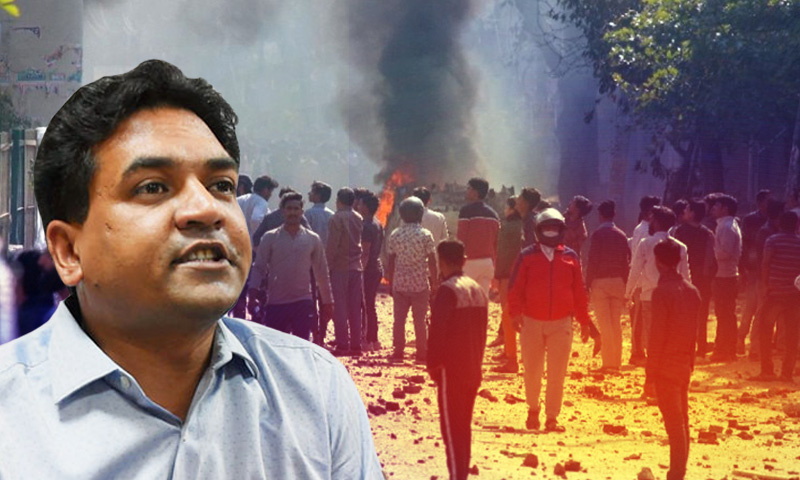 The Delhi High Court on Wednesday played the clip of BJP leader Kapil Mishra's alleged provocative speech in court room for the viewing of police officers.

Justice S Muralidhar, heading the bench, asked for the playing of the clip after the police officer present in the Court told the bench that he has not seen the speech.

'Let all of you watch it', Justice Muralidhar said.

Justice Muralidhar had asked the police officer as to whether he had watched the clips of alleged inflammatory speeches of the BJP leader.

"This is really concerning. There are so many TVs in your office, how can police officer say that he hasn't watched the videos. I'm really appalled by the state of affairs of Delhi Police", Justice Muralidhar responded to this submission.

The Court also handed over  the transcript of Kapil Mishra's speech to Solicitor General.

'We want you to advice the Police Commissioner', Justice Muralidhar told the SG.

The Court also criticized the Solicitor General for seeking more time by saying that the matter was not 'urgent'.

"'Isn't lodging of FIRs against the culprits an urgent matter?...There are videos that hundreds of people have watched. Do you still think it's not an urgent matter?", Justice Muralidhar asked.

'This is really concerning. There are so many TVs in your office, how can police officer say that he hasn't watched the videos. I'm really appalled by the state of affairs of Delhi Police',

The SG said that he has the authorization from the Lieutenant Governor of Delhi to appear for Delhi Police. This was however objected to by the Delhi Government's counsel Rahul Mehra.

The SG kept on asking for more time saying that he was not "aware of the facts" and that he wanted to take instructions.

The bench comprising Justices S Muralidhar and Talwant Singh is hearing the petition filed by activist Harsh Mander seeking SIT probe into the riots that have gripped part of north east Delhi since February 23, and also action against politicians who allegedly gave inflammatory speeches inciting violence.

The matter will be again taken up at 2.30 PM today.