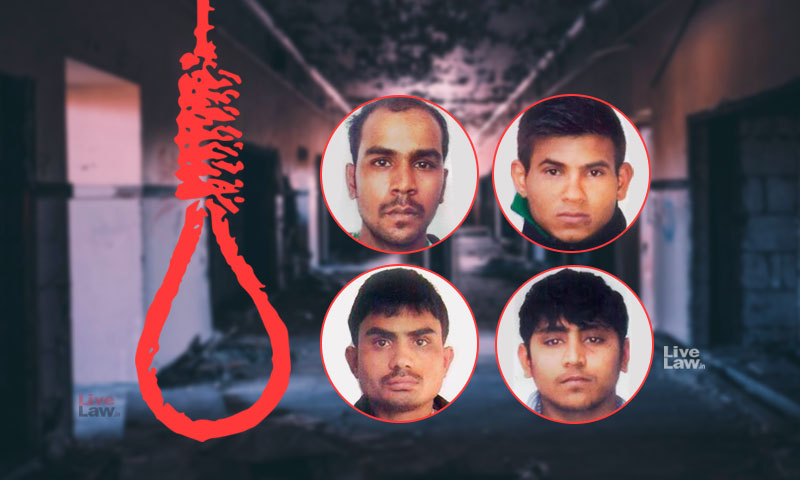 The Delhi High Court on Sunday reserved orders on the revision petition filed by Union Government against the trial court's stay on the execution of the hanging of four convicts in the 2012 Delhi gangrape and murder case.Justice Suresh Kumar Kait heard the arguments for over three hours on a special Sunday sitting starting from 3 PM.This revision petition was moved by Ministry of Home...

The Delhi High Court on Sunday reserved orders on the revision petition filed by Union Government against the trial court's stay on the execution of the hanging of four convicts in the 2012 Delhi gangrape and murder case.

Justice Suresh Kumar Kait heard the arguments for over three hours on a special Sunday sitting starting from 3 PM.

This revision petition was moved by Ministry of Home Affairs, against the order passed on January 31 by ASJ Dharmender Rana of Patiala House Courts staying the hanging of the four convicts till further orders.

During the proceedings, it was argued by Solicitor General Tushar Mehta that the Trial Court erroneously interpreted Rule 836 of Delhi Prison Rules, to hold that pendency of mercy petition of even one of the convicts would automatically stay the execution of the death sentence all the other co convicts.

It was further submitted that the Additional Sessions Judge acted beyond jurisdiction in postponing the death warrants issued against the said four death convicts, and more specifically against Mukesh, who has exhausted all his legal remedies.

'It is the august duty of the court issuing the death warrant to ensure that the death sentence is executed, as per section 413 of CrPC', SG Tushar Mehta argues#NirbhayaVerdict #NirbhayaCase

The judgment of the Supreme Court in Shatrughan Chauhan v. Union of India was cited to argue that the delay caused in hanging of a death row convict, whose mercy plea has been rejected, has a de-humanizing effect on such a convict.

The prohibition against separate hangings of co-convicts the same case applies only when a court proceeding is pending at the instance of any of such convicts; this is not applicable to pending mercy petitions, the SG added.

"'Mercy jurisdiction is individualistic jurisdiction. President may show mercy to one, while not granting pardon to other.Granting mercy to one doesn't amount to 'change in  circumstances for others", the SG said.

Highlighting the need to interpret the law in favour of the process of justice, SG Tushar Mehta challenged the interpretation of the ASJ by submitting that 'if this is how the law is to be interpreted, there won't be any end to it.'

First, the Delhi High Court had earlier refused to entertain the convicts' petition against the January 7 order of trial court issuing death warrants for execution on February 1. The HC had then directed them to approach the Trial Court or the Supreme Court. The HC had said that execution of death warrant was sole domain of the trial court. John said that similar approach should be adopted with respect to the Centre's present petition against the trail court's order.

Second, John pointed out that the Centre has filed an application in the SC seeking a clarification in the Shatrughan Chauhan judgment for separate execution of a convict, whose all legal remedies have been exhausted, regardless of the proceedings pending at the instance of other convicts. Since the matter is now sub-judice before the Supreme Court, the Centre's present petition seeking separate executions cannot be entertained, submitted John.

'I'm making these submissions as even death row convicts, who are hated by society, have rights', John submits#NirbhayaVerdict #NirbhayaCase

John then said that much has been said about the delay being caused due to coordinated strategy of convicts. However, same doesn't stand as SC did not dismiss any of the petitions on the ground of delay, they were dismissed on merits.

"I'm making these submissions as even death row convicts, who are hated by society, have rights. Convicts cannot be condemned for availing their legal remedies", John submitted.

She then cited John Section 28(2) of CrPC to argue that one common sentencing order was passed by the trial court in the present case. Moreover, the convicts were charged for having common intention to hatch a criminal conspiracy. Hence, the punishment against them can be executed only together.

The convicts are entitled to protection of Article 21 even if, for the arguments sake, they have caused delays or have committed the most heinous crime.

"State can't say that 'it's over, done with, go hang', when the legal remedies of all the convicts are still not completely exhausted", she said.

She cited the case Harbans Singh v. Punjab wherein the SC had expressed regret for execution which was carried out in haze.

"I'm asking for just few extra days. Let their mercy petitions get decided. We can't second guess the reasoning of the President. Let's exercise caution for a sentence which is irreversible", she submitted.

Advocate A P Singh appeared for the other convicts Pawan Gupta, Vinay Sharma and Akshay Singh. He said that the convicts were from poor and backward background and they should not be forced to bear the brunt of ambiguity in law.

Though Singh made arguments based on the revelations made by former Tihar Jialor in the book "Black Warrant" regarding suspicious circumstances relating to the death of one of the convicts, the Court did not entertain it.

After the conclusions of the arguments on behalf of the convicts, Solicitor General made rebuttal submissions on the point of maintainability.

He argued that the Centre seeking clarification from the SC on Shatrughan Chauhan judgement, has no bearing on the present case. He submitted that in the plea moved before the SC, the govt has asked the court to make the guidelines more victims friendly.