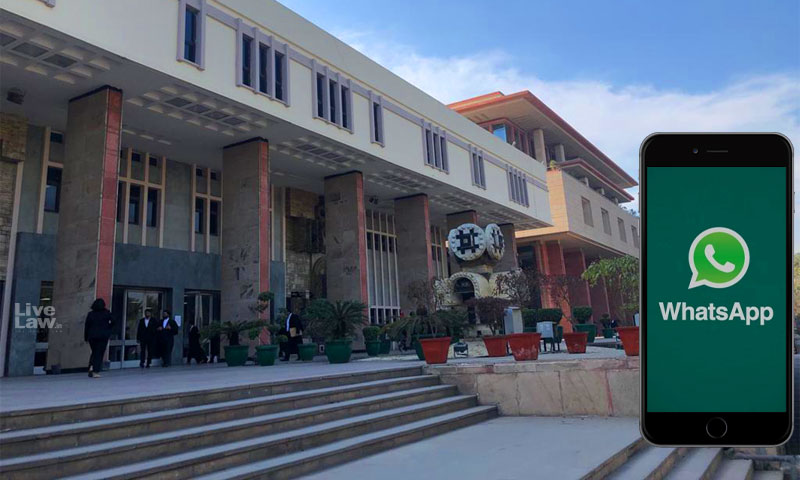 The Delhi High Court on Thursday dismissed the appeals filed by WhatsApp and its parent company Meta (formerly Facebook) against a single bench order declining to interfere with CCI's investigation into WhatsApp's 2021 privacy policy.While pronouncing the order, a division bench comprising of Chief Justice Satish Chandra Sharma and Justice Subramonium Prasad said that the appeals are...

The Delhi High Court on Thursday dismissed the appeals filed by WhatsApp and its parent company Meta (formerly Facebook) against a single bench order declining to interfere with CCI's investigation into WhatsApp's 2021 privacy policy.

While pronouncing the order, a division bench comprising of Chief Justice Satish Chandra Sharma and Justice Subramonium Prasad said that the appeals are devoid of merits. The order was passed today after it was reserved on July 25.

The Competition Commission of India had ordered a probe into the new privacy policy of WhatsApp after making a prima facie observation that it was violative of the Competition Act 2000.

A single judge bench of Justice Navin Chawla in April last year dismissed the pleas by Whatsapp and Meta finding no merits in the same. and refused to quash the CCI probe.

During the previous course of hearings, Whatsapp had undertaken to not enforce its privacy policy till the time the Data Protection Bill comes out. Salve had assured the Court that the company will conform to the parliamentary law.

On the other hand, Additional Solicitor General N. Venkatraman appearing for CCI had submitted that its investigation into WhatsApp's new privacy policy cannot be stalled using judicial process.

He had further informed the Court that there is no overlap of its enquiry under competition law with the issue of violation of right to privacy pending adjudication before the Apex Court and that the CCI has exercised prudence correctly as it has the jurisdiction to enquire the privacy policy.

On the other hand, rebutting the said submissions, WhatsApp had submitted that per judicial discipline, if the highest authority of the Country (Supreme Court) is examining the validity of its privacy policy, then it will not be open for any authority to commence investigation.

Whatsapp had also argued that the CCI may proceed with investigation and is not barred in terms of jurisdiction however the authority must await the findings of the Supreme Court.

Meta had submitted that mere ownership (Meta's ownership of Whatsapp) cannot be reason for CCI to involve it in its investigation in connection with Whatsapp's privacy policy issue.