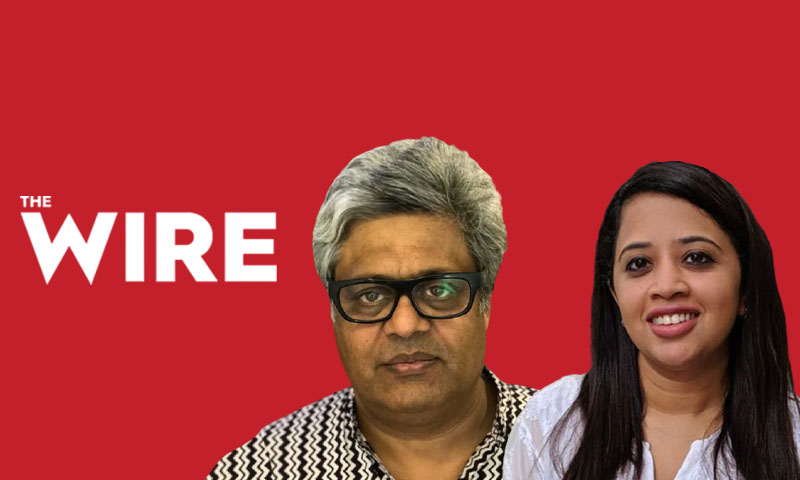 The Delhi High Court on Tuesday issued notice on petition challenging Information Technology (Guidelines For Intermediaries And Digital Media Ethics Code) Rules, 2021, notified by the Centre on February 25, under the Information Technology Act to the extent it regulates digital news media.A division bench headed by Chief Justice DN Patel was hearing the petition filed by 'Foundation...

A division bench headed by Chief Justice DN Patel was hearing the petition filed by 'Foundation for Independent Journalism'(a non-profit company which owns 'The Wire'), Founder and Editor-in-Chief of 'The News Minute' Dhanya Rajendran and Founding Editor of 'The Wire' MK Venu .

Sr. Adv. Nitya Ramakrishnan, appearing for the petitioner argued that despite the Supreme Court striking down S.66A of the Information Technology Act, which had similar provisions for regulating content, the Centre has now brought out these Rules to do indirectly what it cannot do directly.

Delhi High Court to hear a petition challenging the new IT Rules made by the Central Government to regulate intermediaries, OTT platform and digital news media.

She further argued that the Rules, issued in exercise of powers under Section 69A of the IT Act, cannot be made applicable to news media.

Section 69A allows Centre to block public access of any information on an intermediary, in the interest of sovereignty and integrity of India, defence of India, security of the State, friendly relations with foreign States or public order or for preventing incitement to the commission of any cognizable offence relating to above.

In this context Ramakrishnan argued,

"S.69A comes into play only on specific grounds, it is limited to issuing directions to the intermediary and not to a news publisher. Based on S.69A how can they impose this whole new set of Rules?"

"I've already showed your Lordships the purposes of S.69A. It doesn't apply to news media. Intermediaries are different from publishers, I don't think there can be any dispute about that. I want to make it clear that none of these apply to the news publishers."

She further clarified that their petition and reliefs are limited to the news media and do not concern OTT platforms.

On being inquired by the Bench as to who would qualify as intermediaries according to her, Ramakrishnan named Google, Facebook, Twitter and ISPs like Airtel. She insisted that Centre has notified a list of intermediaries and that the Wire or other news media platforms are not intermediaries, and thus cannot be regulated under Section 69A of the Act.

"It is not that the news media is beyond regulation but it has to be regulated through a statute which is passed by the legislature," she submitted.

The present Petition challenges the Information Technology (Intermediary Guidelines and Digital Media Ethics Code) Rules, 2021 ("IT Rules, 2021) as being ultra vires the Information Technology Act, 2000  in as much as they set up a classification of 'publishers of news and current affairs content' ("digital news portals") as part of 'digital media', and seek to regulate these news portals under Part III of the Rules  by imposing Government oversight and a 'Code of Ethics', which stipulates such vague conditions as 'good taste', 'decency' etc. - matters nowhere within the contemplation of the parent Act.

The petitioners have challenged  the IT Rules, 2021 only in so far as they affect digital news portals, and is not with reference to 'publishers of online curated content', i.e., OTT media platforms or any other entities sought to be regulated by the Impugned Rules.

"The Impugned Rules bring back some elements of Section 66-A and go far beyond it, by way of prescription, to be administered, adjudicated upon and supervised by the Government. Thus, they not only exceed the parent Act, but also contravene the Supreme Court's ruling in Shreya Singhal, and therefore will not be saved by any general rule-making power under Section 87(1) that is limited to carrying out the provisions of the parent Act".

It is submitted that it is well-settled in law that there is no unlimited right of delegation, and that subordinate legislation cannot go beyond the object and the scope of the parent Act. Any Rule or Regulation made in exercise of delegated power has to be in consonance with the parent Act, and if such Rule or Regulation goes beyond what the parent Act contemplates, then it becomes ultra vires the parent ActThe Code of Ethics provided for in the new Rules shall inter alia apply to publishers of online curated content, intermediaries and digital news media. Ramakrishnan argued that the Rules, have been framed under S.69A of the IT Act, 2000 however even the Section itself does not apply to news publishers.

"The parent Act does not recognise digital news media as a separate category of entities and does not seek to subject them or their content to any set of special regulations. The Impugned Part of the Rules, to the extent that it seeks to achieve such special regulation or control of digital media including online news platforms, is manifestly ultra vires the parent Act".

Petitioners submitted that Section 69-A is a limited and specific emergent power as described by the Supreme Court in Shreya Singhal. The Impugned Rules cannot therefore purport to regulate digital news portals by requiring them to abide by the Code of Ethics. In doing so, the Rules essentially extend the application of two legislations: the Cable Television Networks (Regulation) Act, 1995 and Press Council Act, 1978, to digital news media, to the extent of the Programme Code and the Norms of Journalistic Conduct stipulated under these legislations respectively.

The Code of Ethics stipulates due caution to be exercised by an applicable entity before featuring any content on its platform, and the factors to be considered before publication of any content include whether it affects the sovereignty & integrity of India; threatens, endangers or jeopardizes security of the State; is detrimental to India's friendly relations with foreign countries; affects activities, beliefs, practices, or views of any racial or religious group in India.