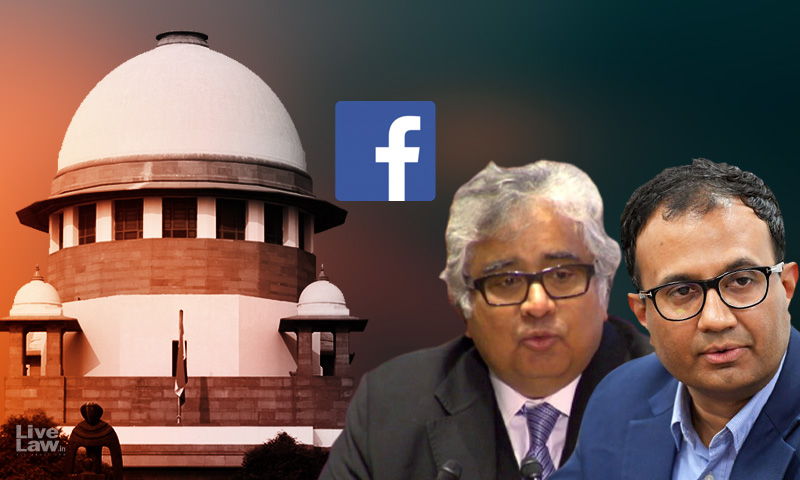 The Supreme Court bench headed by Justice S.K. Kaul on Thursday heard Facebook India Vice President, Ajit Mohan's challenge to the two summons issued by the Delhi Legislative Assembly's Committee "Peace and Harmony" asking him to appear to look into the role of fake news behind the Delhi riots of February 2020. The two summons were issued in September 2020 demanding Mr. Mohan to appear...

The Supreme Court bench headed by Justice S.K. Kaul on Thursday heard Facebook India Vice President, Ajit Mohan's challenge to the two summons issued by the Delhi Legislative Assembly's Committee "Peace and Harmony" asking him to appear to look into the role of fake news behind the Delhi riots of February 2020.

The two summons were issued in September 2020 demanding Mr. Mohan to appear before the committee for testifying on the role or complicity of Facebook officials in Delhi riots. On September 23, the Court had recorded the submission made on behalf of the Chairman of the Assembly Panel that no coercive action will be taken against the Ajit Mohan for failing to appear.

The main thrust of Mr. Salve's argument rested on three important contentions. First, the exceeding powers of the Delhi Legislative Assembly; Second, the balance of rights between Fundamental Rights under Part III of the Constitution vis-à-vis parliamentary privileges and Third, refuting the respondents claim on the concept of "Cooperative Federalism".

"A practice of privilege which crystallizes constitutional provisions and an absence legislation, in such a situation, constitutional rights must prevail. This undefined power of privileges is like a sword in the hands of the Committee." Salve submitted.

Thereafter, Salve went ahead to argue on the contention of compelling a non member for deposing for the Committee. He argued:

"This is very important for your lordship to consider. Can you compel a non-governmental person on matters of fact or seek his opinion on any subject matter without being constraint of the subject matter relating to the matters of the House? The house has no executive power. The house only keeps the Executive in check. The Delhi Government executive has no power in this case. That is for the Union Government to see."

On the nature of the parliamentary privileges, Salve heavily relied in the judgment of Arminder Singh v. Special Committee Punjab Vidhan Sabha (2010) wherein the Court held that "A breach of privileges had taken place were those in which the questionable conduct bore a "direct nexus to the functioning or the proceedings of the House" or the functioning of a member "within the House".

Salve went ahead to argue on the second contention relating to the balancing rights between Fundamental Rights under Part III of the Constitution vis-à-vis parliamentary privileges.

"The right of a House to have freedom of speech combined with Fundamental rights of members of house that they cannot be called to question anywhere for what they say in the house, is regulated by power of speaker. If you want to publish what happened in the house, something integral to the working of the house, you can make that allegation but don't say that it was made in the house and cover under the protection of house. Because that way you will be taking undue advantage of free speech inside the house." Salve submitted.

In submitting so, Salve relied on the judgment of Justice Rtd. Markandey Katju v. Lok Sabha (2016) wherein the Court observed that "If any action is sought initiated against any citizen, whether Member or Non-Member, either in exercise of contempt or breach of privilege, such action must have interfered with fundamental functioning of the House."

At this juncture, Justice Kaul while agreeing with the submissions made by Salve remarked "You are correct. It cannot be an essential legislative function. So what we need to see is If it is not a part, then what is the mandate of the committee and what it can and cannot do."

"To carry out remedial measures, as pointed out in the submission of the committee, is not the essential function of the House. If you summon an American corporation, he may or may not appear before you. But you summon an individual living in Delhi. And reference of "You, Mr. Ajit Mohan" makes it clear that it was to a private individual. I submit this is now trying to clutch at straws to find some kind of jurisdiction." Salve submitted.

The matter will now be heard on 2nd February 2021.