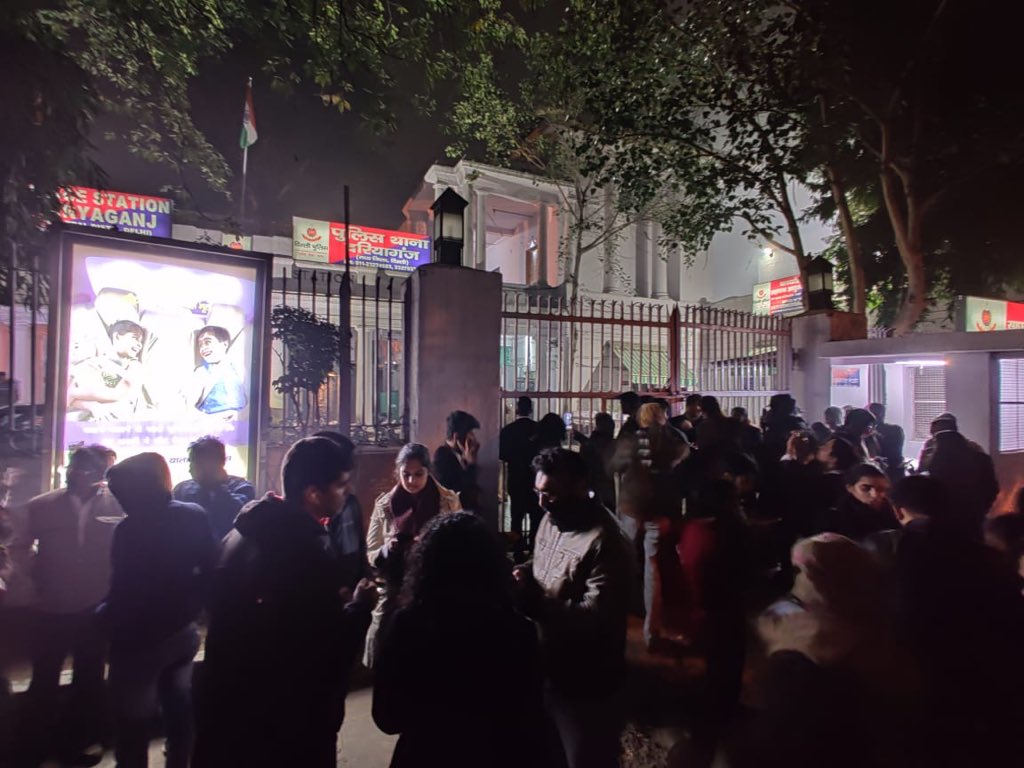 A Delhi Magistrate on Monday denied bail to 15 persons who were arrested by Daryaganj police for alleged violence during anti-CAA protests on Friday night.

Tis Hazari Metropolitan Magistrate Kapil Kumar cited the seriousness of allegations and pendency of investigation as reasons for rejecting their bail applications.

The court said: 'Such kind of incidents create panic in society. Violence for any reason is not justified'.

The court extended the judicial custody by 14 days.

Earlier, they were remanded to two days of Judicial Custody by Tis Hazari MM on Saturday.

Senior Advocate Rebecca M John, appearing for the arrested persons, submitted that there was no ground to invoke Section 436 IPC, as no dwelling house or place of worship had been attacked by fire, even as per the FIR allegations. There was no destruction of public property, either. The FIR is based on the allegation of setting ablaze a car, she pointed out.

Section 436, which deals with the offence of destroying a dwelling house or place of worship by use of fire or explosives, is the only non-bailable and grave offence in the FIR, she said.

She mentioned that all other offences were punishable with a term of less than 7 years imprisonment. Hence, the police could not have arrested them without serving them prior notice of appearance as per Section 41A CrPC. The police action violated the guidelines against arbitrary arrests laid down by the Supreme Court in 2014 Arnesh Kumar case. If the allegations were actually serious, police would have sought police custody instead of judicial custody, she submitted.

'Police has failed to show as to how they narrowed down to these 15 persons. The complaint itself says that there was a raging crowd. They selectively arrested some people, while letting others go.'

The Investigating Officer admitted that the vehicle which had got burnt was not a government vehicle. The reason for invoking PDPP Act was due to the destruction of police barricades, the IO said.

He further informed the court that no police officer has been admitted to hospital so far. These persons were detained to prevent any further destruction to public property, and to prevent stone pelting.  IO added that stones were also pelted at DCP office. Many people have also been injured due to the stone pelting.

At this juncture, the Magistrate asked police whether any CCTV footage was used to arrest these persons or whether they were detained randomly.

The Public Prosecutor replied that these persons were arrested because they were aggressive and were in the forefront of stone pelting.

In rejoinder, John submitted that the arrest memos would show that their arrests were recorded at 6 AM next day. This falsified the police case of spontaneous arrest on Friday night in the wake of Daryaganj anti-CAA stir.

John asks for the arrest memo to be produced. Arrest memo shows that these persons were arrested at 6am next morning.

"When the situation was so severe, why weren't these people arrested immediately? Why were they kept in police station overnight without arrest?", John asked.

She pressed for their release on bail submitting that the detained persons come from low income groups and there there's no way that they can 'influence the witnesses' or 'tamper with the evidence'.

'These persons come from low income groups, one of them is a carpenter. There's no way that they can influence the witnesses. Further, the fact that the police have asked for the judicial custody and not police custody, shows that the accused persons are not required for the investigation.'

'In case the police doesn't know, constitution allows people to protest against the ruling government'.