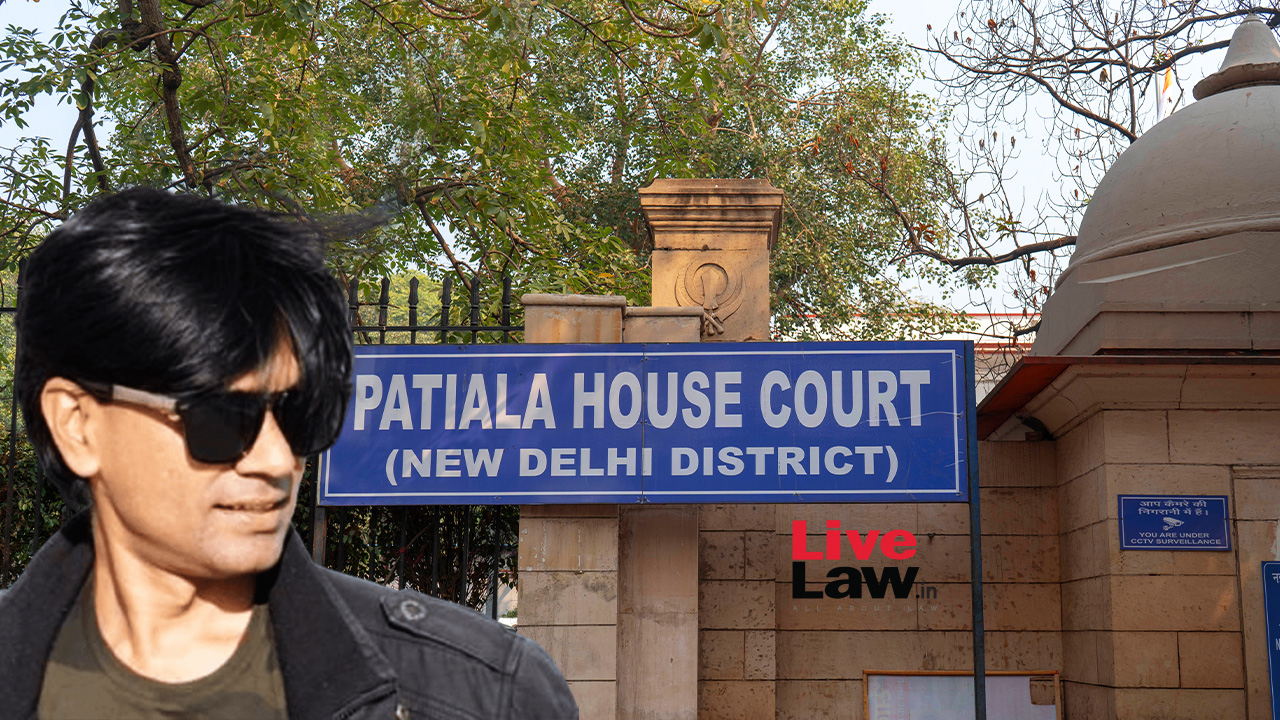 A Delhi Court on Thursday reserved orders on the plea filed by Co-Founder of Alt News Mohammed Zubair seeking bail in the Delhi FIR registered against him recently for allegedly hurting religious sentiments and promoting enmity through his tweet made in 2018.Zubair was denied bail by Chief Metropolitan Magistrate Snigdha Sarvaria on July 2.Additional Sessions Judge Devender Kumar Jangala...

A Delhi Court on Thursday reserved orders on the plea filed by Co-Founder of Alt News Mohammed Zubair seeking bail in the Delhi FIR registered against him recently for allegedly hurting religious sentiments and promoting enmity through his tweet made in 2018.

During the course of hearing, the Court inquired from the prosecution as to why statement of the complainant( an anonymous Twitter handle) was not recorded. "Have you recorded statement of this person? Aapne abhi tak statement hi nahi likhi Hain. (You haven't recorded the statement yet) How many victim statements you've recovered?" it inquired.

Zubair was arrested on June 17 and has continued to be in custody since then.

"You're the investigating authority. You have to record Statement of persons," the Court said.

Advocate Vrinda Grover appearing for Mohammed Zubair apprised the Court about the overall facts of the case. She argued that the image in question is from a Hindi film "Kisi Se Na Kehna", which was made in 1983. She also claimed that several Twitter users had shared the image, however, only Zubair was "targeted".

Special Public Prosecutor Atul Srivastava on the other hand argued that the tweet is still existing and thus, its repercussions and effects continue. He argued that the effect of the tweet after 2014, with the political power at Centre changing, has become relevant.

"Purpose is they wanted to say that in 2014, there was a change of govt...to incite people of other side and create ill-will under Section 153A."

Zubair was earlier remanded to four days police custody after the CMM observed that he remained "non-cooperative" and recovery of the devices used for posting the tweet was to be made. Meanwhile, the Delhi High Court has issued notice on Zubair's plea challenging his custody. Thereafter, he was sent to 14 days judicial custody.

He has been arrested under Section 153A (Promoting enmity between different groups on grounds of religion, etc.) and Section 295 (Injuring or defiling place of worship with intent to insult the religion of any class) of the Indian Penal Code.

The prosecution has added charge under Section 35 of Foreign Contribution (Regulation) Act against Zubair. It is alleged that he received donations from Pakistan and Syria and thus, the matter requires further investigation.

Grover denied the allegations and submitted that there is no foreign contribution whatsoever, adding that if at all the provisions of FCRA are violated, the source countries do not matter and thus, prosecution naming few countries in a court of law is "unfortunate".

"No foreign contribution has been received by me either in my personal or Pravda Media foundation account. Just below that is a donate now button. In bold it's written we don't accept foreign...as we're not registered under FCRA. Therefore, I don't take foreign remittance."

In any case, she submitted that gravity of offence is a relevant consideration at the time of bail.

As per a notification issued by the Ministry of Home Affairs on July 1, 2022, certain offences under FCRA have been made compoundable.

SPP Srivastava alleged that there are 20 thousand and many more amounts received by the accused from many places.

"Cleverly they have done all this. Someone is paying and you're accepting it. It's like saying I'll only take murder case, but i am taking dacoity case also...If something is in your special knowledge then burden shifts on you. You have not responded till date who are the persons. It's on you to disclose. During PC he was asked, he said Razorpay se jo paise aate the, wahi the. It's your guilty mind and mens rea that you have taken the picture and put it on social media. Why have you chosen Hanuman ji? If you're saying you're a journalist, then you should be more careful."

He submitted that 56 lakhs rupees have come from Razorpay. He informed that the Court that a notice was sent to Razor pay.

Grover referred to a statement issued by the payment gateway Razor pay, assuring that they have enabled only domestic payments for Alt News. She submitted that even Alt News company has exercised due diligence, as contemplated under Section 39 FRCA, and has made a public declaration that it doesn't accept foreign contributions.

She added that there is no mention anywhere of what provision of FCRA has been violated by Zubair. "Sec. 35 of FCRA is a generic provision. It's the penal provision. It has to be read with relevant provision to say what violation I've done."

Grover said that the prosecution accused Zubair of using a +92 number, which is a code of Pakistan. However, she claimed that +92 in this case is a formula for computation in Excel sheets.

She further argued that merely because few transactions reflected a foreign IP address is not the relevant test because an Indian citizen using a computer in a foreign country will not reflect Indian IP address.

"The IP address if that is what you're reading, it's misreading and confusing the picture. My IP address is not relevant test. Relevant test would be, what will be my citizenship, bank account or PAN number…If I'm an Indian citizen and have an Indian Bank and I'm living abroad, I can have a foreign IP address."

Grover argued that the image in question is from a Hindi film "Kisi Se Na Kehna", which was made in 1983. "This is exactly from the film. It's a very light hearted joke. It doesn't mean anything. It's for unrestricted public viewing… Sec. 153A and 295A have now been invoked against me."

Arguing that the sections are not made out, she submitted,

"The film from 1983 from now, from my tweet to Indian Express article, from then to 2022...it has not disturbed public order. Therefore, the likelihood of it is demonstrated by absence of a flutter. It doesn't cause a flutter...leave aside public tranquillity being damaged."

SPP Srivastava argued that Zubair's intention is not to have something from movie and paste it. "He is not as simple as my learned friend has projected,that it was a joke. It was a planned way. And you've added these things on post just to attract such type of people...Here at this stage, the gravity has been checked by SC also and for this reason, bail has not been granted, interim relief has been granted that too conditional. In our case, FCRA is also there where economy is also involved...This is not the only tweet. Some other tweets are also there, that reveals that his intentions were not..."

Grover however contended that no "two groups" are involved in the case at hand to attract Section 153A IPC. "In my case, there is only hanuman ji. There are no groups."

She also claimed that several Twitter users had shared the image. Even media outlet Indian Express had carried a report with the image, back in the day. However, only Zubair was "targeted".

She submitted an anonymous Twitter user "dug-out" Zubair's four years old tweet and the Delhi Police decided to act on it promptly. However, no investigation has been made as to who is this person, is this even an Indian handle.

She relied on Supreme Court's judgment in Patricia Mukhim Vs State Of Meghalaya to argue that one person saying his feelings were hurt doesn't constitute an offence.